Why I am Excited to Run the San Francisco Marathon

Daniel Lieberman is a member of the Scientific Executive Committee of The Leakey Foundation. He is running with Team Leakey in the 2016 San Francisco Marathon in support of The Leakey Foundation. Dr. Lieberman is giving a talk called “Being Human: Born and Evolved to Run” on Thursday July 28th at The Public Works in San Francisco. Get discounted tickets with the offer code TEAMLEAKEY16.

I have run many marathons but am especially excited to be running 26.2 miles through the streets of San Francisco on July 31 to raise money for The Leakey Foundation. In fact, running for the Leakey Foundation—which supports research on human evolution— couldn’t be more appropriate because we humans evolved to run in order to help each other survive. 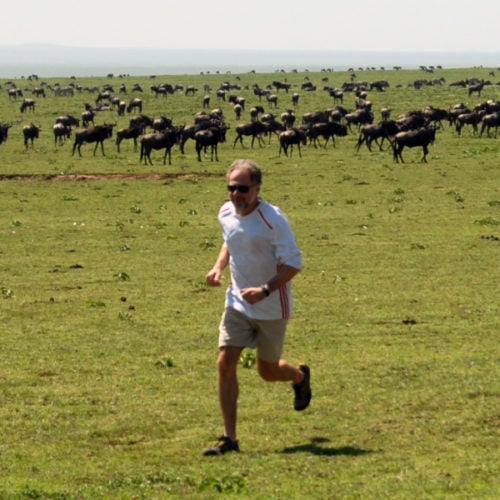 Dan Leiberman running in the Serengeti.

The evidence that we were not only born to run but also evolved to run comes from abundant fossil and archaeological data. These finds show that by 2 million years ago our early African ancestors had evolved adaptations such as short toes, arches in the feet, long Achilles tendons, and big buttocks that made them superlative long distance runners. We also lost our fur and developed the ability to dump heat by sweating. These and other features, which we still retain, helped early humans first scavenge and then hunt large animals millions of years before the invention of projectile weapons like the bow and arrow. An especially important benefit of running was the ability to chase animals over long distances in the heat, driving the prey into a state of heat exhaustion. Early human hunters then shared the meat, helping feed their families and each other.

Thankfully, none of us on Sunday will chase the bisons watching us halfway through the course, but as we struggle through Golden Gate Park, it might help to remember that today we are running for same fundamental reason as our ancestors did 2 million years ago in the savannas of Africa:  to help each other. Two million years ago we ran to hunt and provision each other with sustaining food; today we run to raise funds for charities including The Leakey Foundation, as well as to promote fitness and to build community. It really is true that we run to make the world a better place. 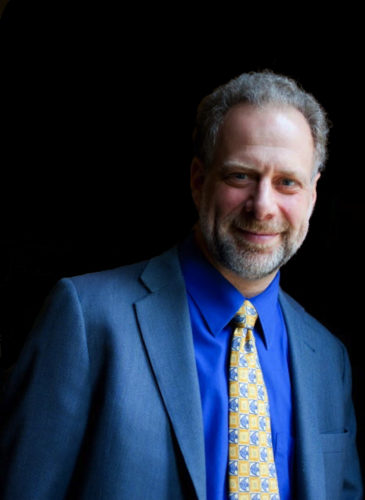 Daniel Lieberman is the Professor and Chair of the Department of Human Evolutionary Biology, the Edwin M. Lerner II Professor of Biological Sciences at Harvard University, and a member of the Scientific Executive Committee of The Leakey Foundation. He is also a marathon runner who will be running the 2016 San Francisco Marathon as a member of Team Leakey.

Journal Article, Guest Post
Boxgrove in Sussex, England, is an iconic, old stone age site. This is where the oldest human remains in Britain have been discovered – fossils of Homo heidelbergensis. Part of an exceptionally preserved 26km-wide ancient landscape of stone, it provides a virtually untouched record of early humans almost half a million years ago.

The Leakey Foundation
It is with profound sadness that I share the news of Barry Sterling's death on July 26th at his home in Sebastopol, California. He was 90 years old. Barry was elected to The Leakey Foundation Board of Trustees in 1991 and received the honorary title of Life Trustee in 2007.
« Being Human: Your Brain on Art
The Evolutionary Benefits of Cooperation »
« BACK TO BLOG