The Roots of Human Aggression

This Being Human blog post is by Agustin Fuentes. 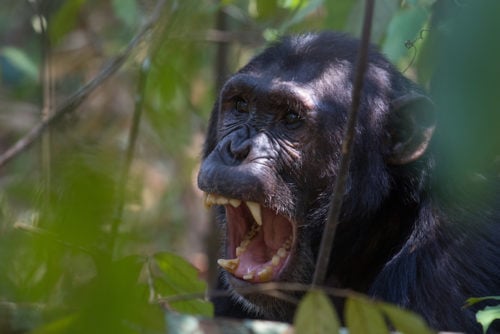 “It is essential that we not base our image of ourselves on false foundations. What is involved here is not simply the understanding of the nature of humanity, but also the image of humanity that grows out of that understanding.” – Ashley Montague

Who we think we are matters. For those who believe we are a naturally competitive species, the frequent reports of violence on the nightly news and the Internet are a reflection of our competitive nature. But this essential image of humans as aggressive beings is not correct.

Humans are more often at peace than at war; we cooperate more than we conflict. In fact, there is mounting evidence that cooperation may be acentral facet in explaining our success as a species.On the other hand, this does not mean we are egalitarian, nonviolent pacifists. Human nature is neither simple nor linear. Our core adaptation is one of cooperation, but we can and do compete—a lot—and often use aggression to do so. To understand this pattern, we need to ask: what is aggression and why do we use it?

Human aggression is complicated, ranging from mild verbal anger to vicious murder and everything in between. Conflict styles and aggression vary across individuals, sexes, genders, societies, and eras. Aggression is an important part of being human, an aspect of our complicated and diverse selves.

The nature and causes of human aggression are not found in our genes, but understanding the function and variation of our biology can help us better understand the pathways and patterns of aggressive behavior. Multiple regions of the brain and body influence the expression of aggression, including various hormone and neurochemical systems. Abnormal biological function can influence patterns of aggressive behavior, making them more or less likely depending on social and physical contexts. Males and females differ in some facets of aggression, and in their outcomes, but a lot of those differences have to do with physical size and the social and experiential contexts in which gender roles play out in a given society.

Some researchers have argued that humans (and our close kin, the chimpanzees) have evolved to be hyper-competitive, where males use violence to war against one another and coercion to force females into having sex with them. But this is not really the case. While one species of chimpanzees is very aggressive, another one is not.  Overall, looking to the other primates shows us that we do not have specific, evolved patterns of conflict and heightened aggression. Instead we have a long history of empathy and the potential for peacemaking (as well as for violence). If anything, looking at the two chimpanzee species demonstrates the potential for variability in the expression of aggressive and nonaggressive behaviors in our shared ancestors.

Aggression is not a uniform or consistent trait, so aggression per se cannot be favored by evolutionary pressures to form the basis of the human experience. Looking at the fossil and archeological records, we see little evidence for warfare and extensive inter-group conflict until very recently in our past. Arguments suggesting that aggression and violence were greater in the human past and reduced recently are not well supported at all. War may be relatively common in the human experience today, but it is not a central part of our evolutionary heritage.

One simple answer is that we are highly social and complicated beings—we spend most of our time around other people. Our big brains, imaginative minds, and super complex social lives often cause interpersonal conflict, confusion, and resentment, to which we sometimes (but not always) respond with aggression and violence. We have to negotiate potentially hundreds of social interactions each day.  Most of the time this goes well; sometimes it does not. Because the diversity of individual needs and desires do not always gel with social, political, and economic realities, interpersonal conflicts emerge. Across human history, though, more often than not people have found a way to get along (even if it is more a consequence of social pressure than personal desire).

Large-scale conflict is a different case. Paradoxically, our knack for extreme cooperation and our hyper-social nature provides some insight into that pinnacle of violence: war.  Over the course of our evolutionary history, we’ve become more and more adept at manipulating the world around us, accumulating the goods that we need to survive and then some. This ability leads to surplus, social inequalities, and competition not just over material resources, but over symbols, ideologies, and religious beliefs.  Once we are committed to disagreement in these realms, we sometimes use our intensive ability to cooperate to incite mobs, to enrage the public, to raise armies, and to go to war.

It is very difficult to train humans to fight and kill one another. To do so, we have to tap our immense ability to cooperate with one another, our strong sense of morality and doing good, and combine that with our potential for engaging in aggression and violence.  In war, cooperation and conflict are not in opposition, they are reflections of human potentials combined, and  manipulated, for political ends.  These same patterns could just as likely be harnessed for peace. In anything, our history has shown our ability to go to war, but it also demonstrates an equally or potentially more resilient ability to wage peace.

Albert Einstein once asked us to us to see what is, as opposed to what we already believe to be true.  Cooperation and conflict are not opposites, and neither are aggression and peace. We can get a lot farther in our quest to understand being human if we discard these dualisms.

Agustin Fuentes is Professor of Anthropology at the University of Notre Dame and author of Race, Monogamy and Other Lies They Told You: Busting Myths About Human Nature. 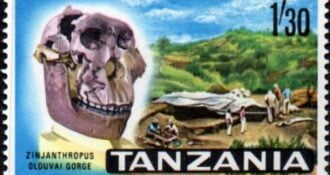 Guest Post, Fossil Finders
In this installment of our "Fossil Finders" series, Leakey Foundation Fellow Carol Broderick brings us the story of  Heselon Mukiri who made several important discoveries and worked with Louis Leakey since the beginning of Leakey's career.
« Against Animal Natures: An Anthropologist’s View
The Evolution of Everyday Thought »
« BACK TO BLOG