Culture: the Engine of Human Adaptation

Social Learning Leads to Our Greatest Achievements and Worst Errors

This Being Human blog post is by Dr. Robert Boyd. 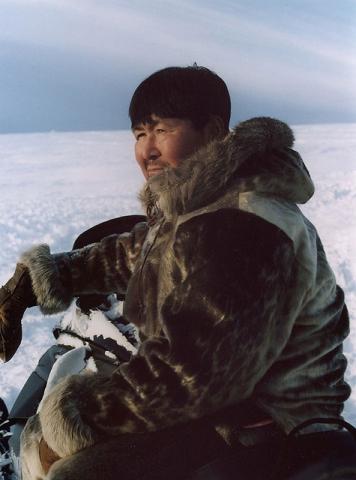 In 1845, Sir John Franklin, a Fellow of the Royal Society and experienced Arctic traveler, set out with a large, well-equipped expedition to find the Northwest Passage. His ship was ice-bound through two winters, and the entire crew of 129 perished, mainly from starvation and scurvy. Yet the rich animal resources of the region where these men died have allowed the Central Inuit to survive and raise their children for at least 700 years. Why couldn’t the British find enough food?

Modern technology allows us to dominate the world like no other species in the history of life. In the Pleistocene, our hunter-gatherer ancestors did the same—long before farming, cities, or the industrial revolution. Modern humans emerged from Africa about 50,000 years ago and soon occupied almost every terrestrial habitat, from extreme desert to tropical rain forest to arctic tundra. Of course there are species adapted to each of these environments: desert rodents conserve water so well that they never need to drink; forest primates swing through the canopy never coming to ground, and arctic musk ox have hair and fat deposits that allow them to survive winter above the arctic circle. What makes humans unique in the natural world is that they live in all of these environments.

Humans can rapidly adapt to much wider range of circumstances than any other creature. Two million years ago, our ancestors were a fairly typical ape species limited to a small part of Africa. Now we are the world’s champion adapters. What explains this change?

You’re probably thinking, that’s easy—humans evolved big brains and got a lot smarter. We can adapt to such a wide range of environments because we use these smarts to solve the problems of each one. We invent tools, clothing, and shelter. Other animals can’t do this because they aren’t as clever as we are. People are indeed smarter than the average bear (or primate), but we are not nearly smart enough individually to solve the number of problems that we need to solve.

Instead I believe that culture is the key. Humans are much better at learning from each other than any other animal. This ability allows human populations to gradually accumulate knowledge over generations that no individual human could invent alone. Such cultural adaptation may be slow when measured in human lifetimes, but it is blindingly fast compared to genetic adaptation. The British explorers starved not because they lacked intelligence but because they did not have the necessary local knowledge and two years was not enough time to acquire it.

The people who left the Horn of Africa 50,000 years ago were tropical foragers. Twenty thousand years later, their descendants were living on the shores of the Arctic Ocean. To get a feeling for how much knowledge was required to make this transition, let’s take a look at a people who lived in a similar environment, Central Inuit of the Canadian Arctic.

These foragers depended utterly on a toolkit crammed with complex, highly refined tools. Winter temperatures average about −25° C, so survival required warm clothes. In the winter, the Central Inuit wore beautifully designed clothing. Making clothing from caribou skins requires a host of complex skills⎯hides must be cured, thread and needles made, and clothing designed, cut, and stitched. Even the best clothing is not enough during winter storms; shelter is mandatory. The Central Inuit made snow houses so well designed that interior temperatures were about 10° C. No wood is available, so they lit and heated houses, cooked food, and melted ice for water using carved soapstone lamps fueled with rendered seal fat.

During the winter, the Central Inuit hunted seals, mainly by ambushing them at their breathing holes using multi-piece toggle harpoons. During the summer, the Inuit used a clever three-pronged spear with a sharp central spike and two hinged, backward-facing points, to harvest Arctic char caught in stone weirs. They also hunted seals and walrus in open water from kayaks. Later in summer and the fall, they shifted to caribou hunting, using sophisticated recurved, composite bows. An Inuit Instruction Manual for Technology would run to thousands of pages. To become a competent Inuit, you’d also need to master theNatural History Handbook, Social Policies and Procedures, Grammar and Dictionary, and Beliefs, Stories, and Songs.

Do you think you could acquire all the knowledge necessary to create these books on your own? This is not a ridiculous question. That is pretty much the way that all other animals have to learn about their environments. They rely mainly on innate information and personal experience to figure out how to find food, make shelter, and in some cases make tools. Many other species have simple, culturally transmitted traditions, but in every case, the behaviors acquired can be and are learned by individuals. Only humans are able to accumulate knowledge and technology that no single individual could invent.

I hope you’ll agree that you wouldn’t have much of a chance. Inventing a kayak or acquiring an Inuit’s knowledge of seal behavior are hard problems, beyond the capacity of any individual. Inventing the whole package is impossible. We don’t have to rely on introspection because this kind of experiment has been repeated many times when European explorers were stranded in unfamiliar habitats. Despite desperate efforts and ample learning time, these hardy men and women suffered or died because they lacked crucial information about how to adapt to local conditions.

How does culture allow populations to acquire adaptations beyond the ken of individuals? You might think the answer is obvious: culture allows knowledge to be shared. Suppose a clever Inuit devises a new stitch that makes seams waterproof; she can share this with knowledge with her friends and relatives without reducing its value to her. Her family’s clothing and shoes are still waterproof no matter how many people she tells about her discovery. As a result, culture allows the costs of innovation to be spread over all individuals who adopt the innovation. But such cost-spreading alone cannot explain cumulative cultural evolution because it provides no reason to innovate. It’s cheaper to just copy somebody else. Culture must also reduce the cost of innovation in some way.

There are at least two ways that this can happen. First, cultural learning can allow individuals to learn selectively. Sometimes experience provides accurate information at low cost. Think of Goodyear accidentally spilling rubber onto a hot stove or Fleming observing his mold-contaminated petri dishes. Such rare cues allow accurate, low-cost inferences about the environment. However, most individuals won’t observe these cues, so making the same inference will be much more difficult for them. Animals that can’t learn from others are stuck with whatever information nature offers. In contrast, cultural learning allows us to be choosy, learning individually when it’s cheap and accurate and relying on cultural learning when environmental information is costly or inaccurate.

Second, the ability to learn culturally can also raise the average fitness of a population by allowing acquired improvements to accumulate from one generation to the next. For example, bows vary in many dimensions that affect performance—such as length, width, cross section, taper, and degree of recurve. It is typically more difficult to make large improvements by trial and error than small ones. Even if small changes are made at random, half of them will increase the payoff, unless the design is already at the optimum. Large changes will improve things only if they are in the direction that includes a distant optimum. Thus, we expect it to be much harder to design a useful bow from scratch than to tinker with the dimensions of a reasonably good bow. Cultural learners start their search closer to the best design than pure individual learners and can invest in further improvements. Then, they can transmit those improvements to the grandkids, and so on down through the generations until sophisticated artifacts are produced.

These mechanisms imply that cultural adaptation comes with an inherent tradeoff. It allows the rapid evolution of superb habitat-specific knowledge and technologies. But these mechanisms only work if people are credulous, mainly doing what people around them are doing. Learning selectively means that you only believe your own senses when they clearly contradict cultural norms. Otherwise you copy others. The accumulation of small improvements means that people are motivated to make small changes to cultural norms; large changes are suspect.

As a result, false—even harmful—ideas can spread. If everyone you know believes that tiny, invisible organisms cause disease, then you believe that. If everyone you know believes that malevolent witches cause disease, you believe that instead. Culture is a powerful mechanism for generating adaptive knowledge on average, but for certain traits in particular circumstances, it can generate wildly wrong beliefs and highly maladaptive outcomes. You don’t have to travel to the Arctic to find yourself committed to approaches that aren’t appropriate to your local environment. Sometimes you don’t even have to leave the house.

Dr. Robert Boyd is a Professor in the School of Human Evolution and Social Change at Arizona State University and coauthor of How Humans Evolved.

Journal Article, Guest Post
Human beings used to be defined as “the tool-maker” species. But the uniqueness of this description was challenged in the 1960s when Dr. Jane Goodall discovered that chimpanzees will pick and modify grass stems to use to collect termites. Her observations called into question homo sapiens‘ very place in the world. Since then scientists’ knowledge of animal tool use has expanded exponentially.
« The Adaptive Value of Happiness
What Can You Do With A Database of the Human Face? »
« BACK TO BLOG