Everyone wants to know who we are, where we came from, and why we are the way we are. The story of how we became human is a story of survival and adaptation, and it’s a story that stretches over millions of years.

What does it mean to be human?

No, really… What makes us different from chimpanzees? How far back can we trace our family tree? Who were our ancestors? How did we spread around the world? Why do we make art? And how can we answer these questions?

Origin Stories is The Leakey Foundation’s podcast about how we became human. In six new episodes, Origin Stories takes you behind the scenes of some of the most exciting new discoveries in the study of human origins and profiles scientists whose work sheds light on some of the answers to these big questions.

This season was edited by Julia Barton of Malcolm Gladwell’s Revisionist History. It was produced and hosted by Meredith Johnson with additional production by Shuka Kalantari, Audrey Quinn, and Neil Sandell. Sound design by Katie McMurran.

Listen and subscribe on Apple Podcasts, Google Play, Radio Public, Stitcher, SoundCloud, or wherever you get your podcasts. 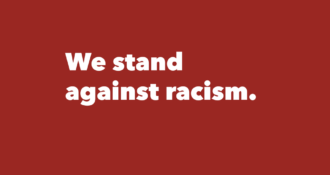 The Leakey Foundation Stands Against Racism

The Leakey Foundation
Black lives matter. Oppressive racist systems profoundly harm Black people. The Leakey Foundation stands in solidarity with those who seek to end the pain of systemic racism.
« Write for Us!
Origin Stories: Ancestor »
« BACK TO BLOG