Recent studies have suggested that C4 plants played a larger role in early hominin diets than previously believed, thus making a systematic effort to determine the costs and benefits of C4 plants for hominin consumption that much more important in helping to model early hominin dietary behavior.

The following is a short update from Leakey Foundation spring 2014 grantee Oliver Paine,University of Colorado at Boulder, who recently completed the first of two trips to the Cradle Nature Reserve (Cradle of Humankind World Heritage Site, South Africa) where he and his team are performing nutritional and mechanical analyses of C4 and other plants in savanna microhabitats across seasons. We look forward to hearing from him again soon.

As always, the dry season in the South African Highveld is remarkable with regard to how little palatable food seemingly exists on the landscape. My research partners and I are always amazed by the fact that herbivorous fauna, both large and small, are able to eke out an existence during this time. As such, our collections were precisely what we had expected: plenty of dormant grasses and forbs. However, there were pockets of green vegetation scattered about  and, in particular, around our wetland transects. Additionally, some tree species, such as Searsia (Rhus) lancea, were fruiting in parts of the reserve.

The most significant unexpected hurdle we faced was the fact that a month prior to our arrival, the reserve experienced a massive veld fire that charred roughly half of its vegetation. Luckily, only one of our transects was significantly damaged but the “moonscapes” that surrounded us as we drove through the reserve were eerie at times. Such is the nature of fieldwork! 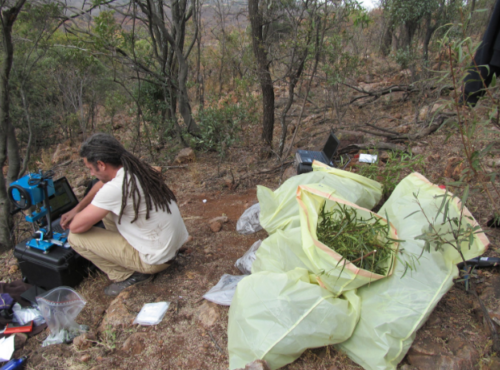 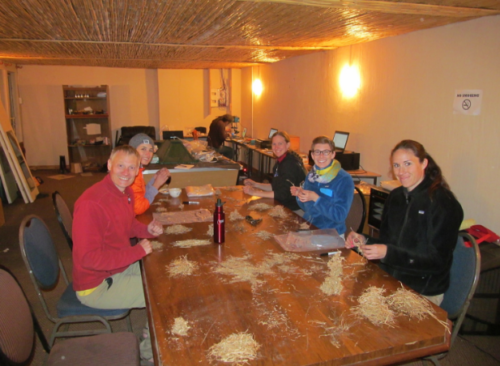 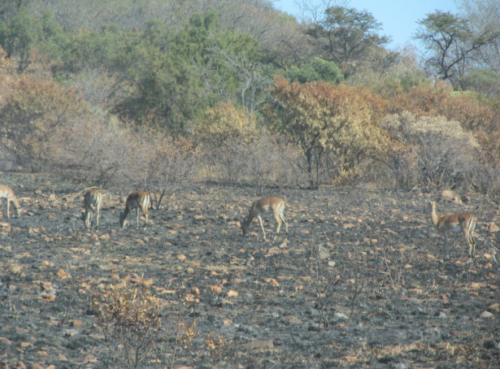 Impala on one of the burned areas.

Category: : From the Field
SUBJECT(S): from the field

From the Field
Leakey Foundation grantee Shannon Mc Farlin sends an update from the Bwindi Impenetrable National Park in Uganda where she has been cataloging the skeletal remains of mountain gorillas.
« From the Field: E.A. Quinn, Nubri, Nepal
From the Field: Benjamin Collins, Grassridge Rockshelter, South Africa »
« BACK TO BLOG