From the Field: Julie Lesnik

Julie Lesnik was awarded a Leakey Foundation Research Grant during our fall 2015 cycle for her project entitled “An evaluation of termite-associated hydrocarbon signatures as an influence on prey selectivity and an ecological signal for chimpanzees and Olduvai hominins.” (Click here to read a summary of her project.) Her co-PIs are Clayton Magill and Robert O’Malley.

For our project, the year 2016 was focused on fieldwork while 2017 has been all about the lab.  The various elements of this project are now coming together, and we look forward to sharing our findings in 2018.  Since this project has incorporated work from several different locales, I wanted to highlight each in this recap.

In April of 2016, I traveled to the town of Thohoyandou in Limpopo, South Africa.  There I met women who forage for termites to sell in the local marketplace. The methods they used to collect the termites are more complex than that seen in chimpanzees, but the basic concept is the same: break into the mound and insert thin plant stems on which the termite soldiers will bite.  However, instead of inserting a single tool into one of the tunnels on the mound, they break open a hole and shove in a bunch of stems that form a simple brush or broom.  The increased surface area of the multiple strands means a higher yield with each dip.  The attached termites are removed from the broom by quickly running a hand down its length and stripping the termites into a bucket.  This bucket is taken home, and the termites are washed, cooked, and prepped for market.  With the help of these women, I collected two different species of Macrotermes termites (and soil samples from their mounds).  Although both species are consumed, one is strongly more preferred. 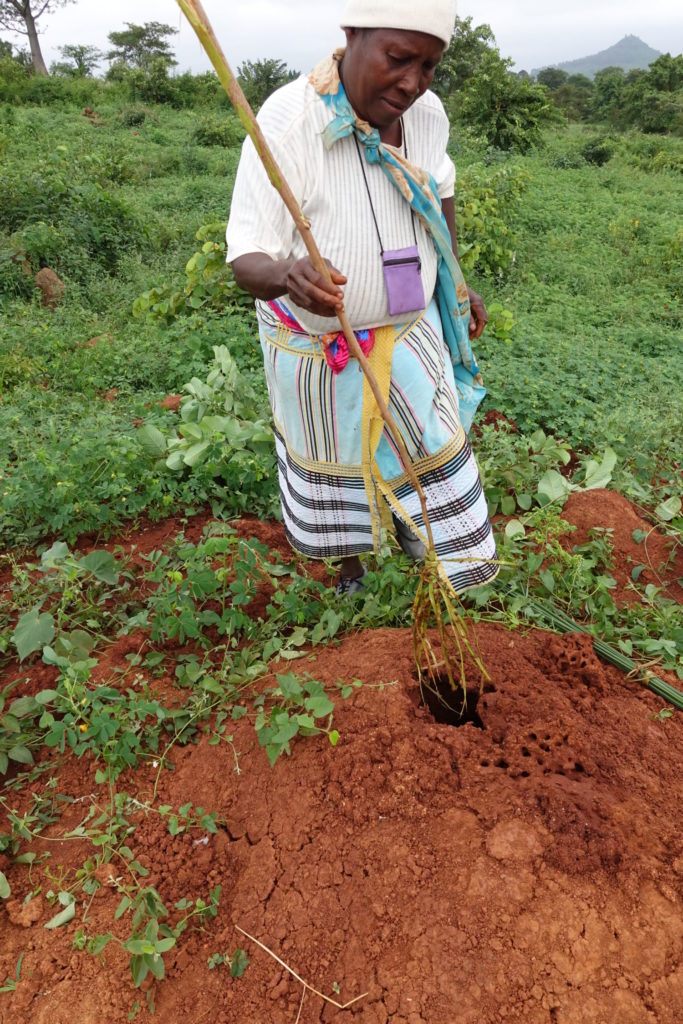 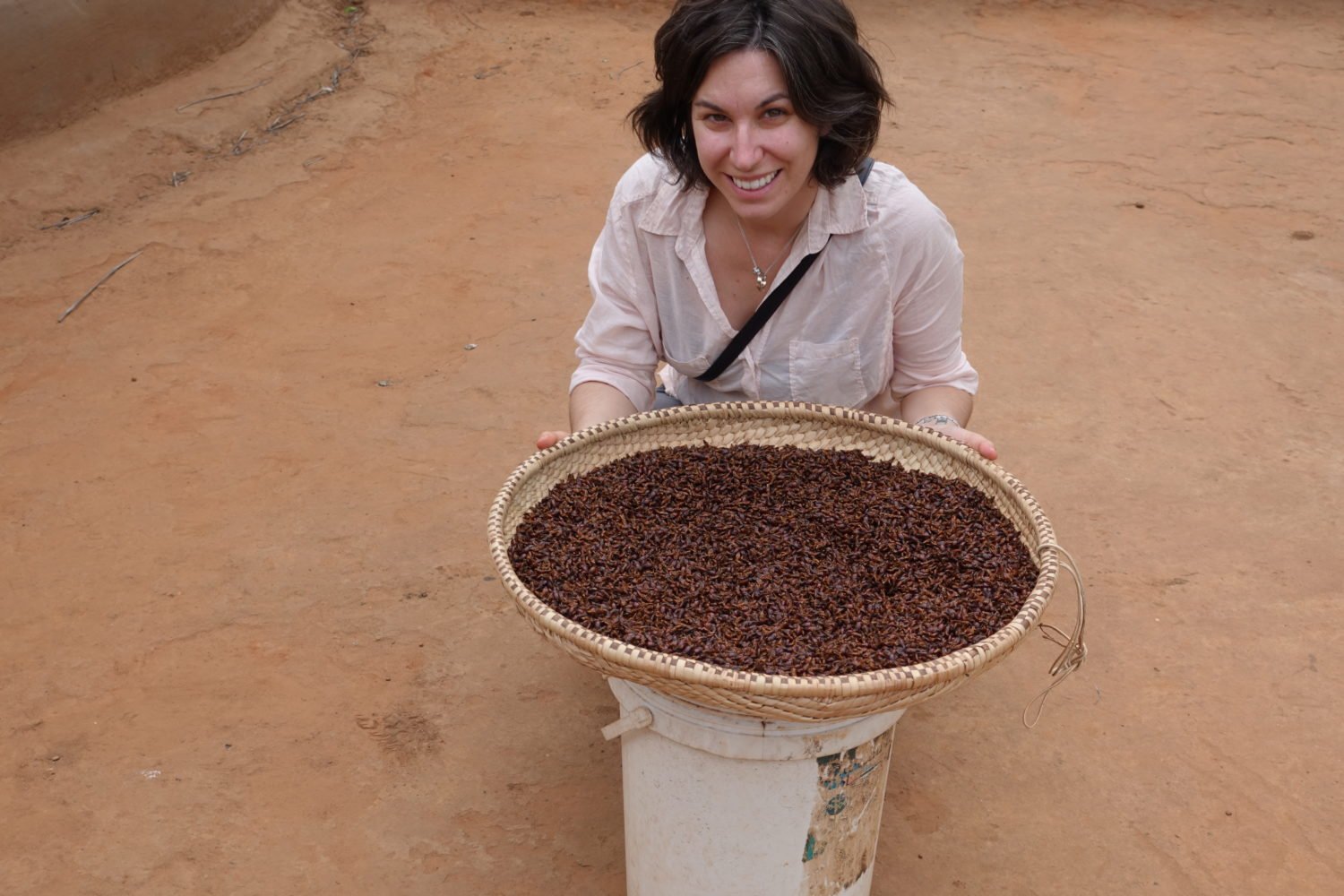 2: I was excited by the haul of termites collected for sale in Thohoyandou, South Africa.

These termites will help us determine if there are distinctive organic chemical (hydrocarbon) signatures between preferred and lesser-preferred termites, which will be compared to species for which we do not have evidence of consumption.

In June of 2016, I joined co-PI Clayton Magill at Olduvai Gorge, Tanzania.  We collected termites that are not consumed by people to act as control in our analyses.  More importantly, our time at Olduvai was spent collecting soil samples of features found within the hominin site that looked like social insect nests. 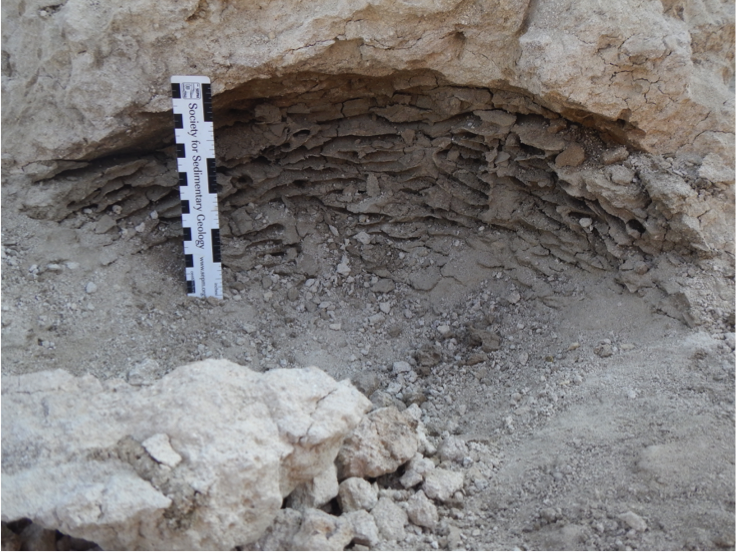 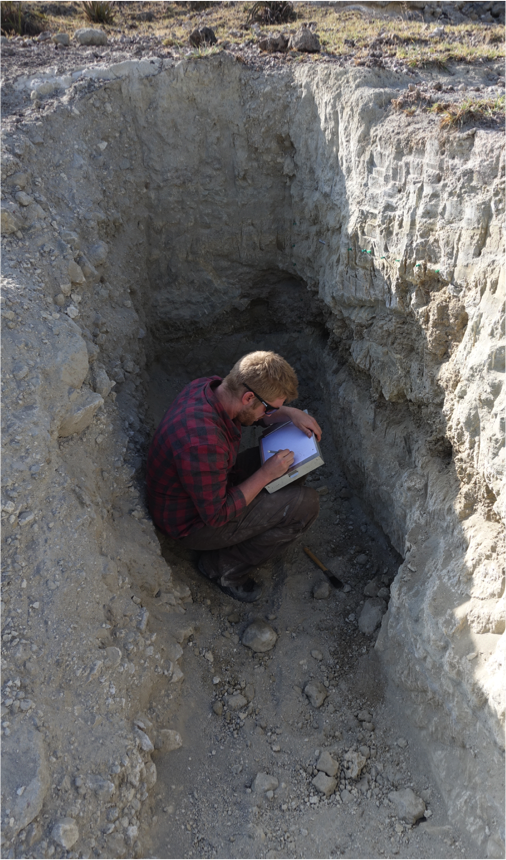 In November of 2016, I joined co-PI Robert O’Malley at Gombe Stream National Park, Tanzania, where we collected termites and soil samples from mounds where Rob and other researchers had previously seen chimpanzees fishing for termites.  This forest and the well-habituated chimpanzees enthralled me, and I detailed my day-to-day experiences on my personal blog . 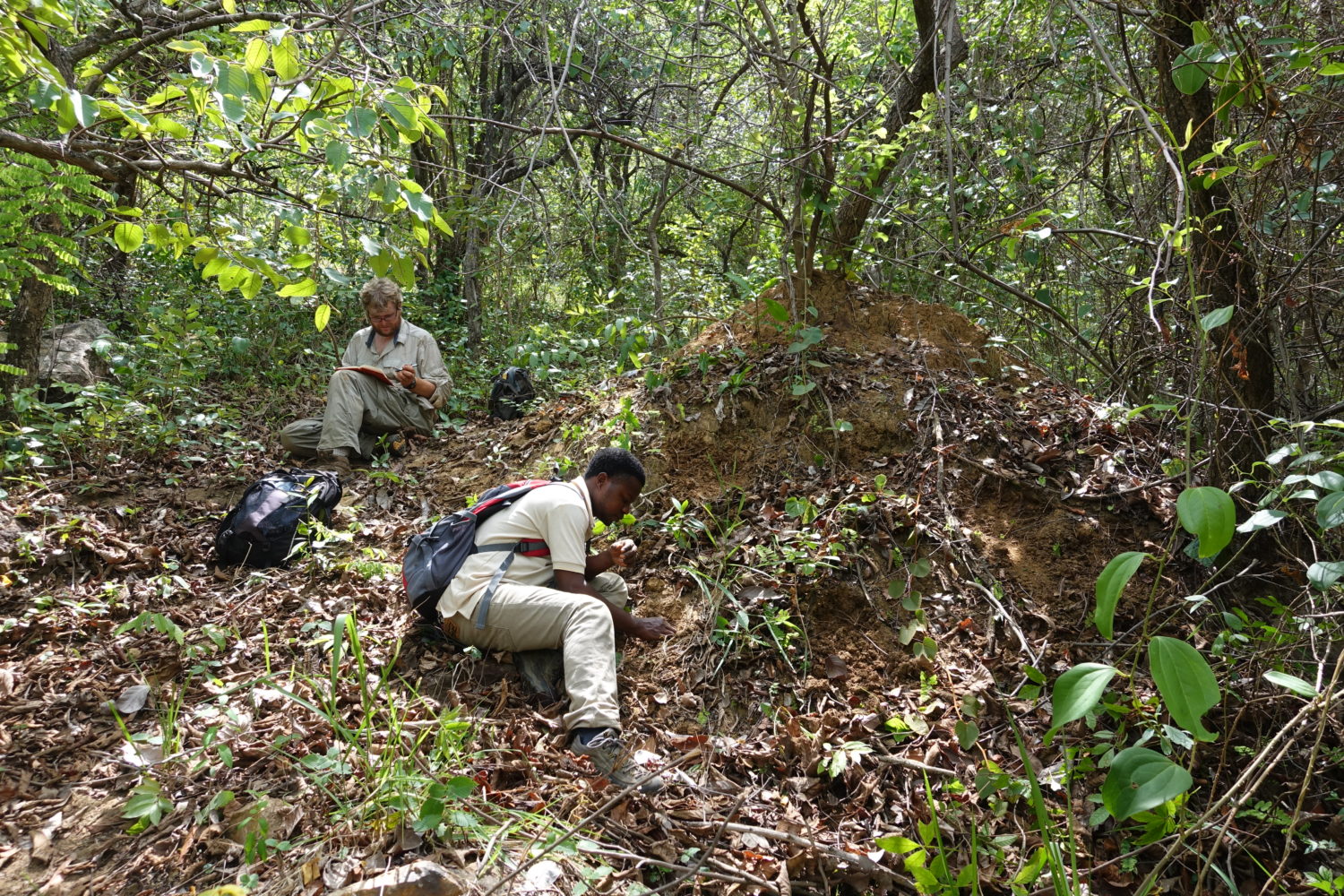 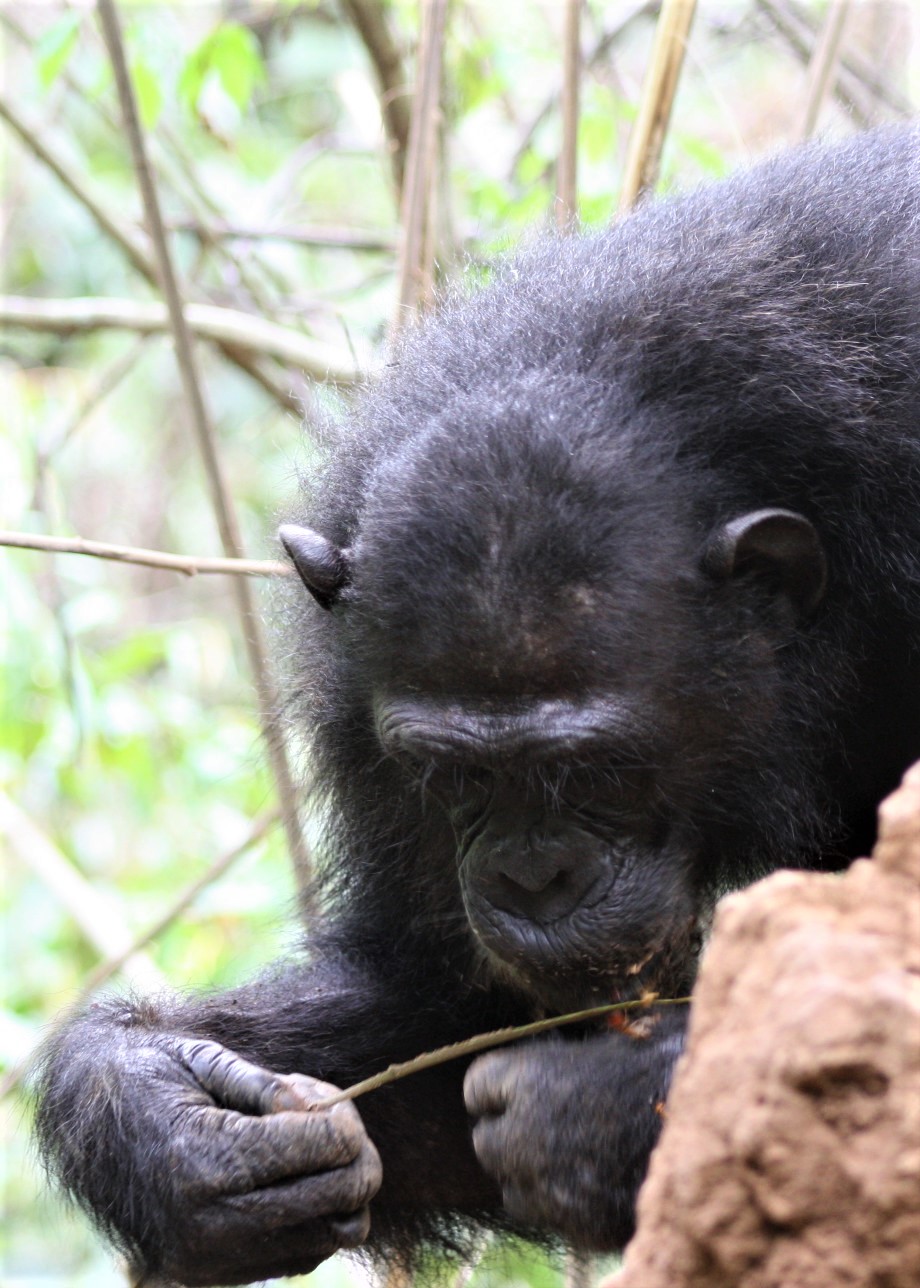 The samples from all these sites were shipped to Clay’s lab at Heriot-Watt University in Edinburgh, Scotland.  His lab is part of the new Lyell Centre that opened in 2016; so it took some time to get the instruments installed and optimized to do our analyses.  We are just getting in our results and are very excited to see that the hydrocarbon signatures of the termites are distinguishable at the genus (or sometimes species) taxonomic level.  More exciting still is that the sediments from associated nests also contain these biomarkers.  Our next step is to explore the sediments we collected from Olduvai Gorge for termite biomarkers!

Many people ask us about “how” we do our molecular and isotopic analyses, so we thought that a quick tutorial might be of interest.  In essence, our analyses are initiated by extracting all of the fats (lipids) from our samples using a special instrument called an Accelerated Solvent Extraction (ASE) system (Image 7).  Once the lipids are extracted from a sample, they are chemically separated to isolate specific molecules of interest – in this case, we are looking for saturated fats and termite “sterols” (i.e., biomarkers), which are equivalent to cholesterol in humans.  Sometimes the biomarkers show vivid colors (Image 8)!   We then analyze the occurrence, abundance and distribution of different biomarkers in our samples using gas chromatography-mass spectrometry (GC-MS; Image 9).  Using a similar, although much more sensitive, instrument called GC-isotope ratio monitoring-MS (GC-irMS; Image 10) the separated biomarkers are analyzed for their respective stable carbon isotope composition (13C/12C).  This ratio is important because it allows us to distinguish termites that have grass-like (high 13C/12C) versus tree-like (low 13C/12C) carbon signatures, which is important for interpretations of their incorporation into other animal’s diets, including extinct hominins. 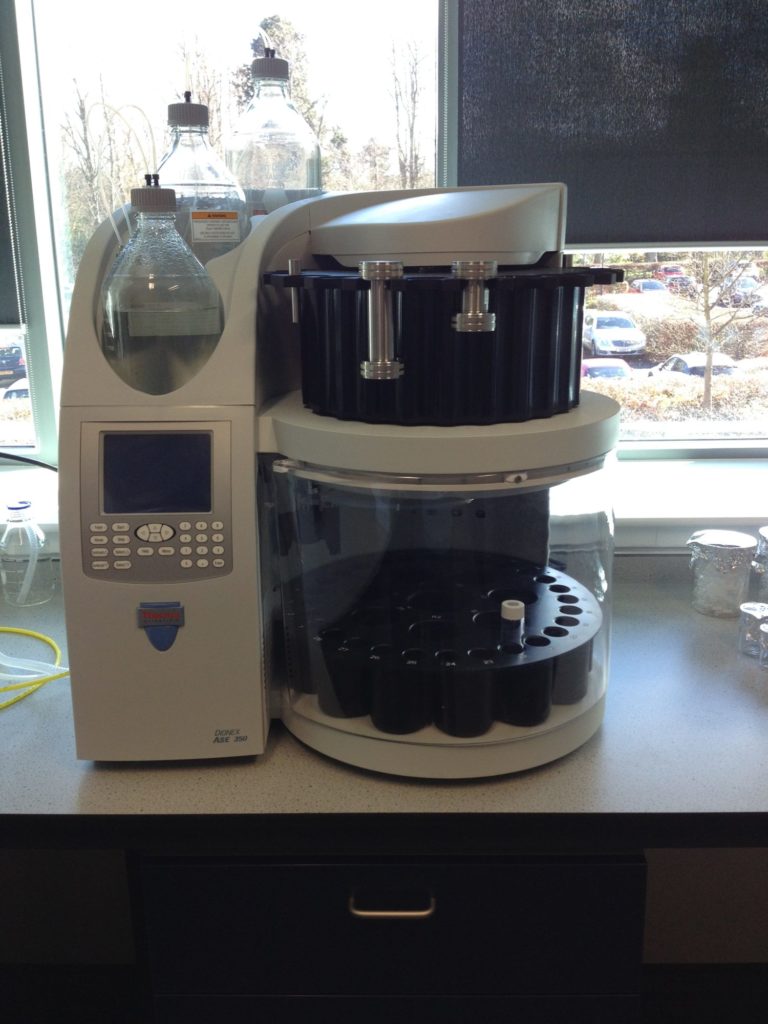 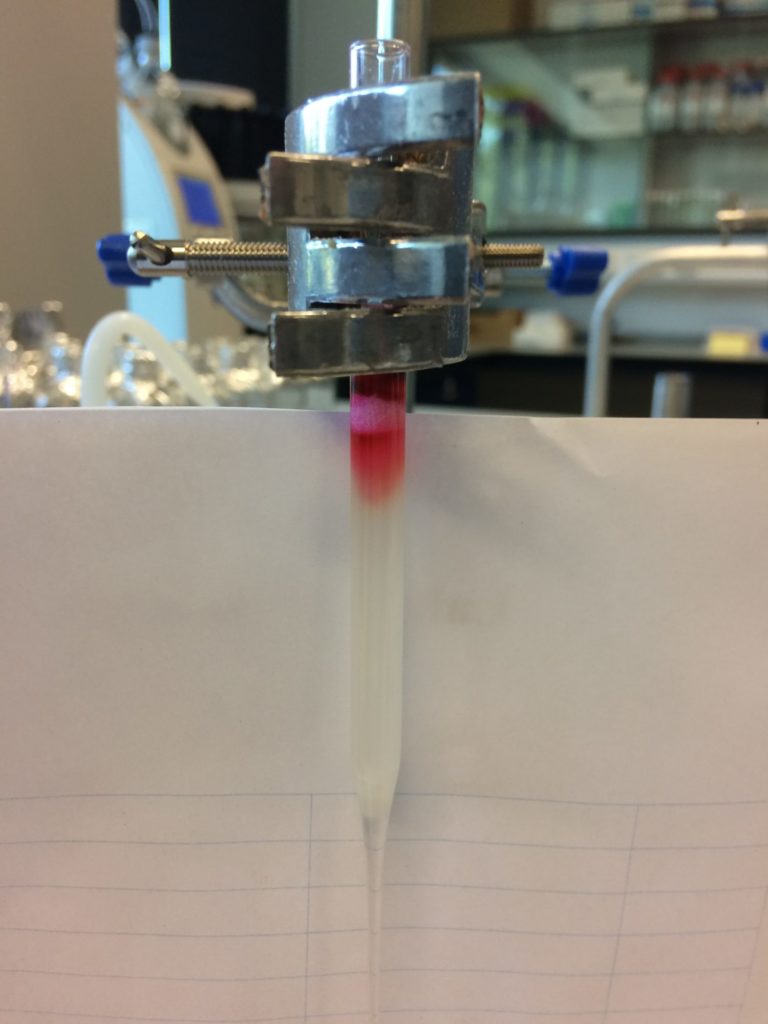 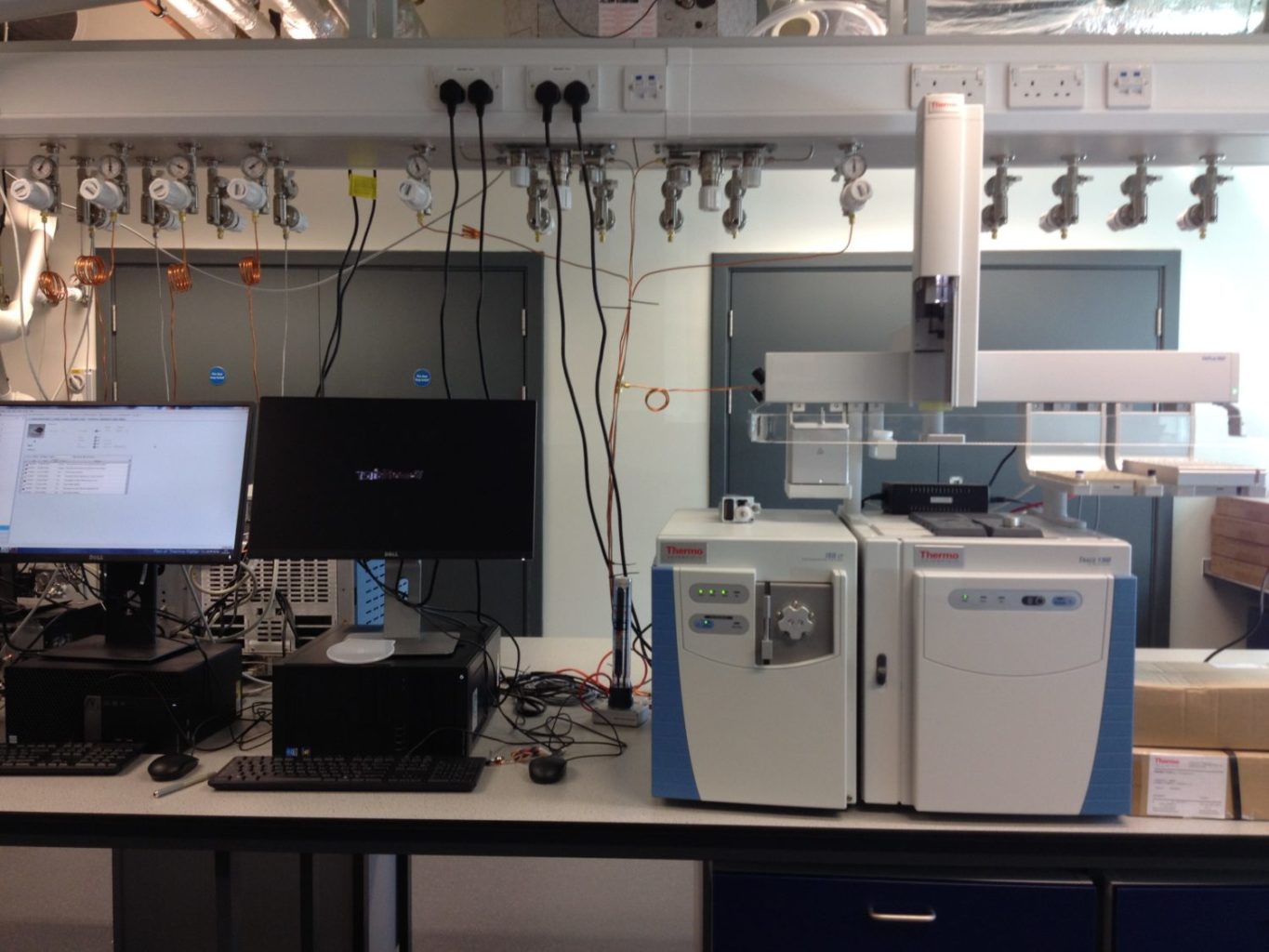 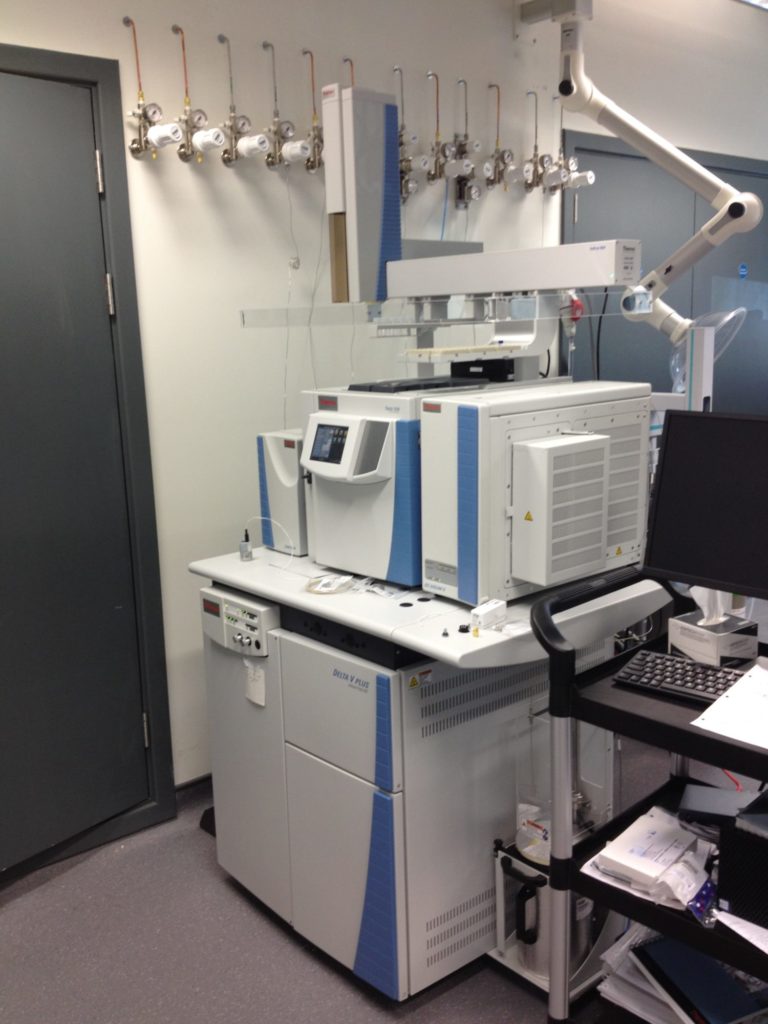 We will be presenting the results of this research at the Paleoanthropology Society meetings in April in Austin, TX.

From the Field
Leakey Foundation grantee Shannon Mc Farlin sends an update from the Bwindi Impenetrable National Park in Uganda where she has been cataloging the skeletal remains of mountain gorillas.
« From the Field: Joel Bray, Tanzania
From the Field: Kelsey Pugh »
« BACK TO BLOG