Sofya Dolotovskaya of the German Primate Center was awarded a Leakey Foundation Research Grant during our spring 2018 cycle for her project entitled “Does pair-living translate into genetic monogamy in a Neotropical primate?” 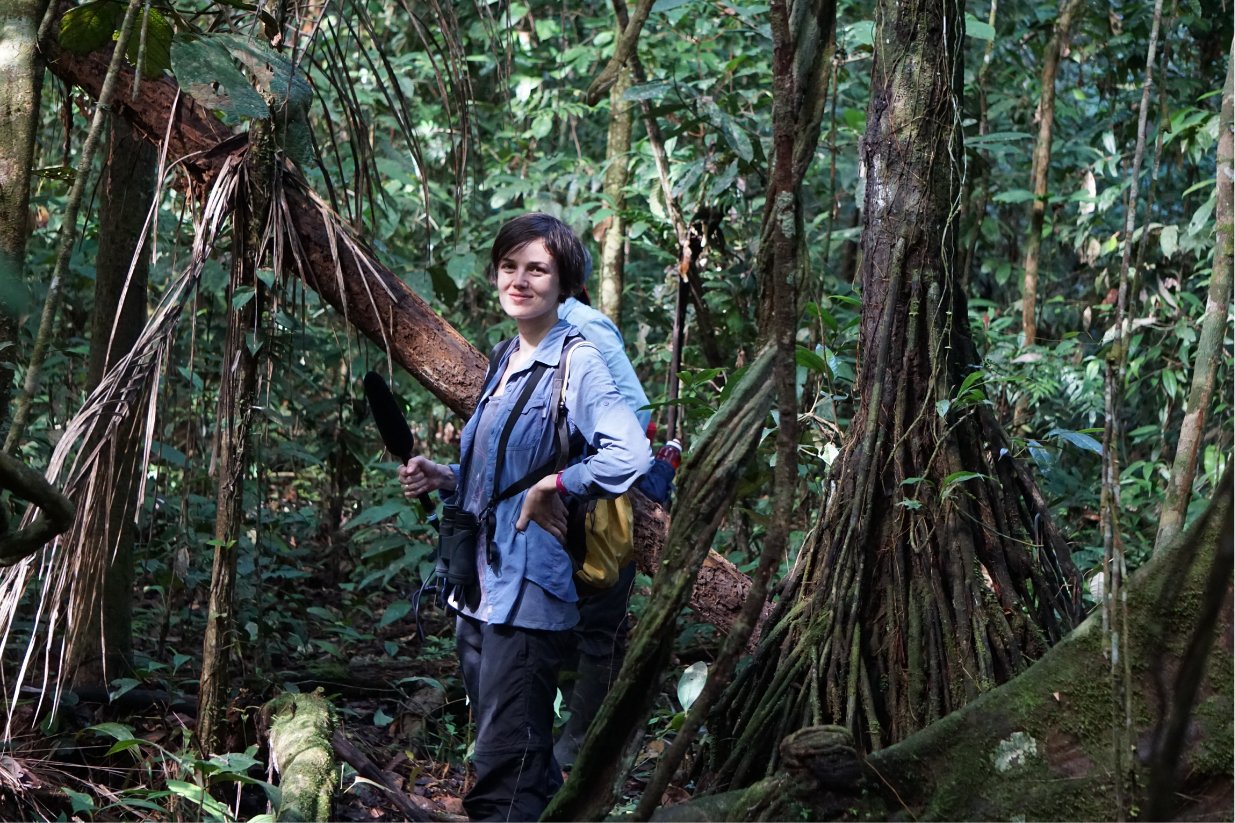 In my project, I want to find out if pair-living is associated with genetic monogamy in a small Neotropical primate, red titi monkey (Callicebus cupreus). Titi monkeys are a textbook example of a “monogamous” primate. They live in apparently perfect families: mother, father, and several offspring. But are these families really that perfect, or do mates cheat on each other? That’s the main question of my project.

Social monogamy, or pair-living, is a system where male and female live as pairs. It is very common among birds, but extremely rare in mammals (only 3-9% of species). Social monogamy, however, doesn’t imply genetic monogamy – a mating system in which a male and female copulate exclusively within the pair. For example, 90% of passerine birds were originally described as monogamous – but genetic studies revealed that most of them engage in extra-pair copulations. In mammals, genetic monogamy has been so far reported for only seven species: the Malagasy giant jumping rat (Hypogeomys antimena), California mouse (Peromyscus californicus),  oldfield mouse (Peromyscus polionotus), Azara’s owl monkey (Aotus azarae), Eurasian beaver (Castor fiber), pack-living coyotes (Canis latrans), and Kirk’s dik-dik (Madoqua kirkii). 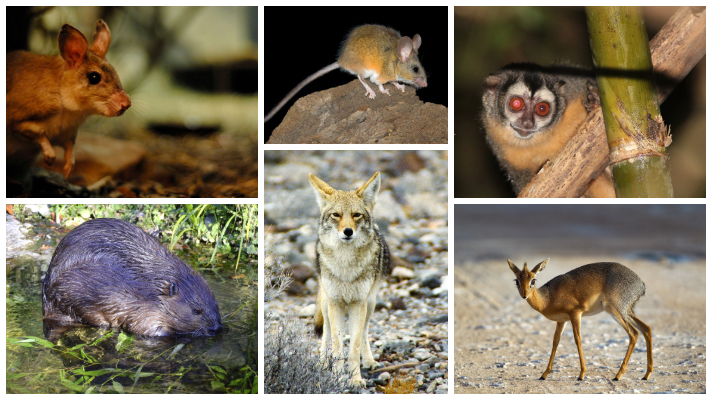 In primates, social monogamy is more common than in other mammalian orders. But so far, genetic monogamy has been confirmed only for Azara’s owl monkey. Like owl monkeys, red titis have stable pair bonds and extensive rates of paternal care: the infants are carried exclusively by males. The home ranges are small and have very little overlap between the groups, and direct intergroup encounters were never observed. Overall, mated pairs seem to have very few opportunities for extra-pair matings. Therefore, I expect genetic monogamy or very low rate of extra-pair paternities in red titis. 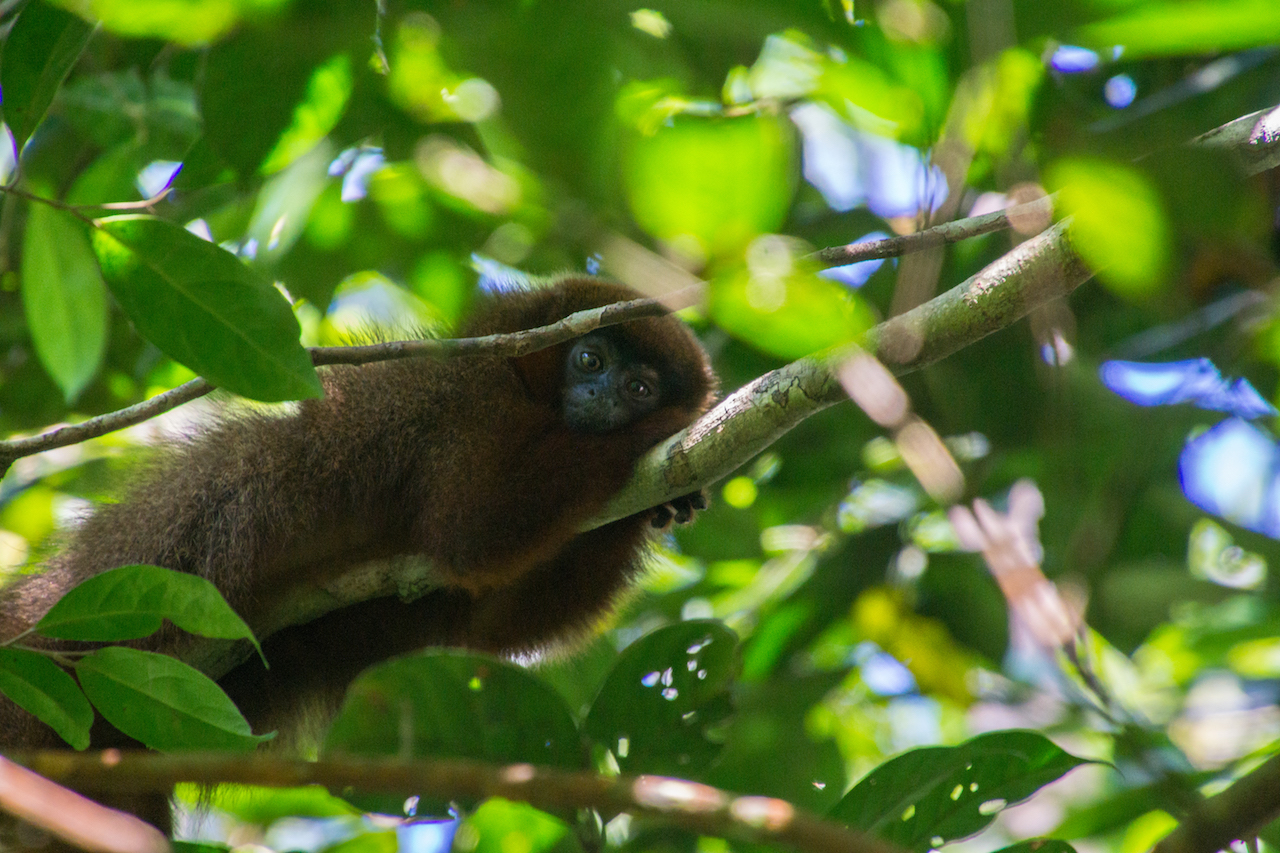 Apart from the general question of genetic monogamy, I’m interested in more specific mechanisms of monogamy maintenance. How is the spacing between groups defined? How do the individuals disperse, and what are the relatedness patterns within and between the pairs? Is there interbreeding avoidance as a spacing mechanism? Are more closely related pairs less territorial then more distantly related ones? 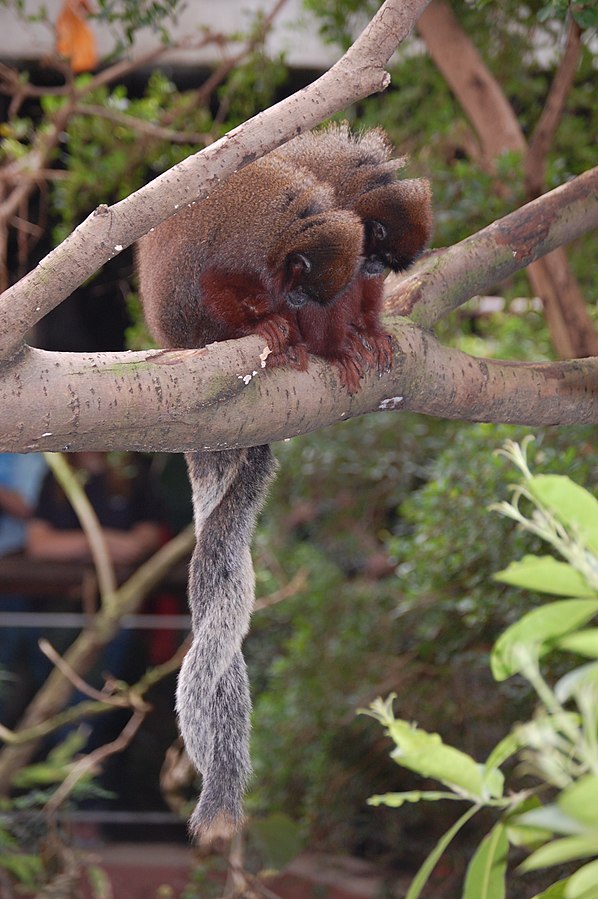 Two red titi monkeys sitting together with their tails intertwined at the London Zoo. Photo CC-BY-SA 3.0 by Steven G. Johnson.

To address all these questions, I study a wild population of titi monkeys in north-eastern Peruvian Amazonia. Together with field assistants, we habituate and then follow titi monkey families. We collect behavioral, vocal, and spatial data, along with fecal samples for genetic analyses. Once back from the field, I will use DNA extracted from the fecal samples to do the parentage and relatedness analyses using microsatellite genotyping.

Information on the genetic consequences of pair-living in titi monkeys can help us to understand the evolution of monogamy in New World primates and eventually in primates in general. This question is of particular interest to human evolution because monogamy has evolved multiple times in humans, especially in recent centuries. Understanding the evolutionary history of social monogamy in other mammals may provide insights into the selective pressures that led to the emergence of stable pair bonds in humans.