Rachel Bynoe of the University of Southampton was awarded a Leakey Foundation Research Grant during our spring 2018 cycle for her project entitled “Exploring a submerged Pleistocene site off Happisburgh, UK.” She is a paleolithic archaeologist researching the submerged archaeology of the southern North Sea. 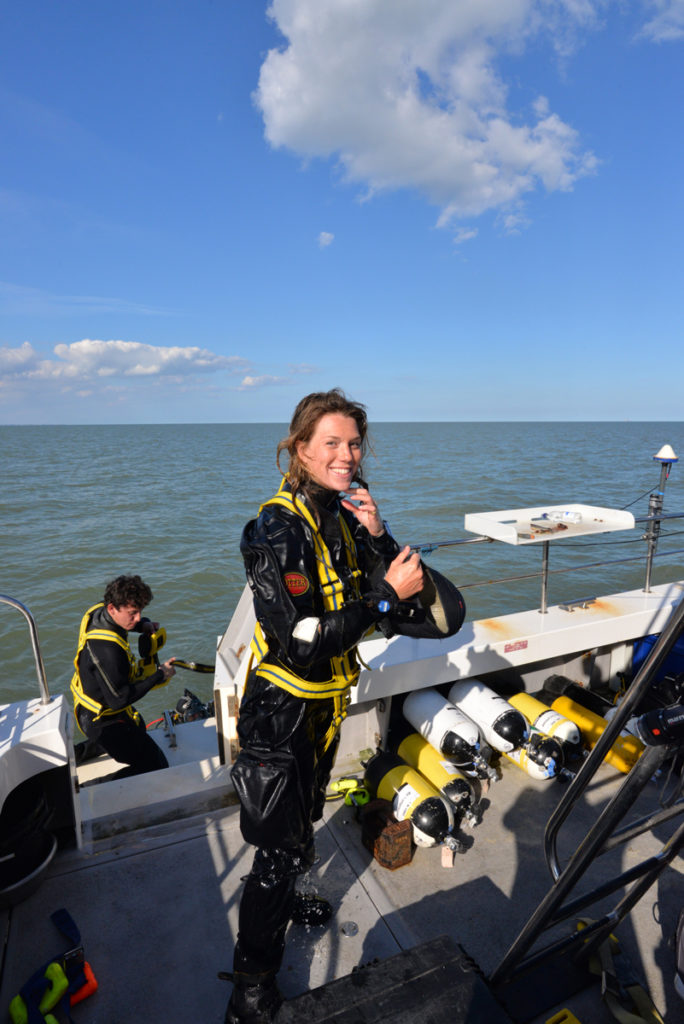 Rachel Bynoe comes up from a dive in the North Sea.

Recent archaeological discoveries from the cliffs at Happisburgh, UK, have had a substantial impact on our understanding of the timings of early hominin migrations. Excavated finds from Happisburgh Site 3 have been shown to be just under one million years old, hundreds of thousands of years earlier than previously known in Northern Europe. These finds include early human footprints , stone tools, and a variety of fossil plants, mammals, and insects. 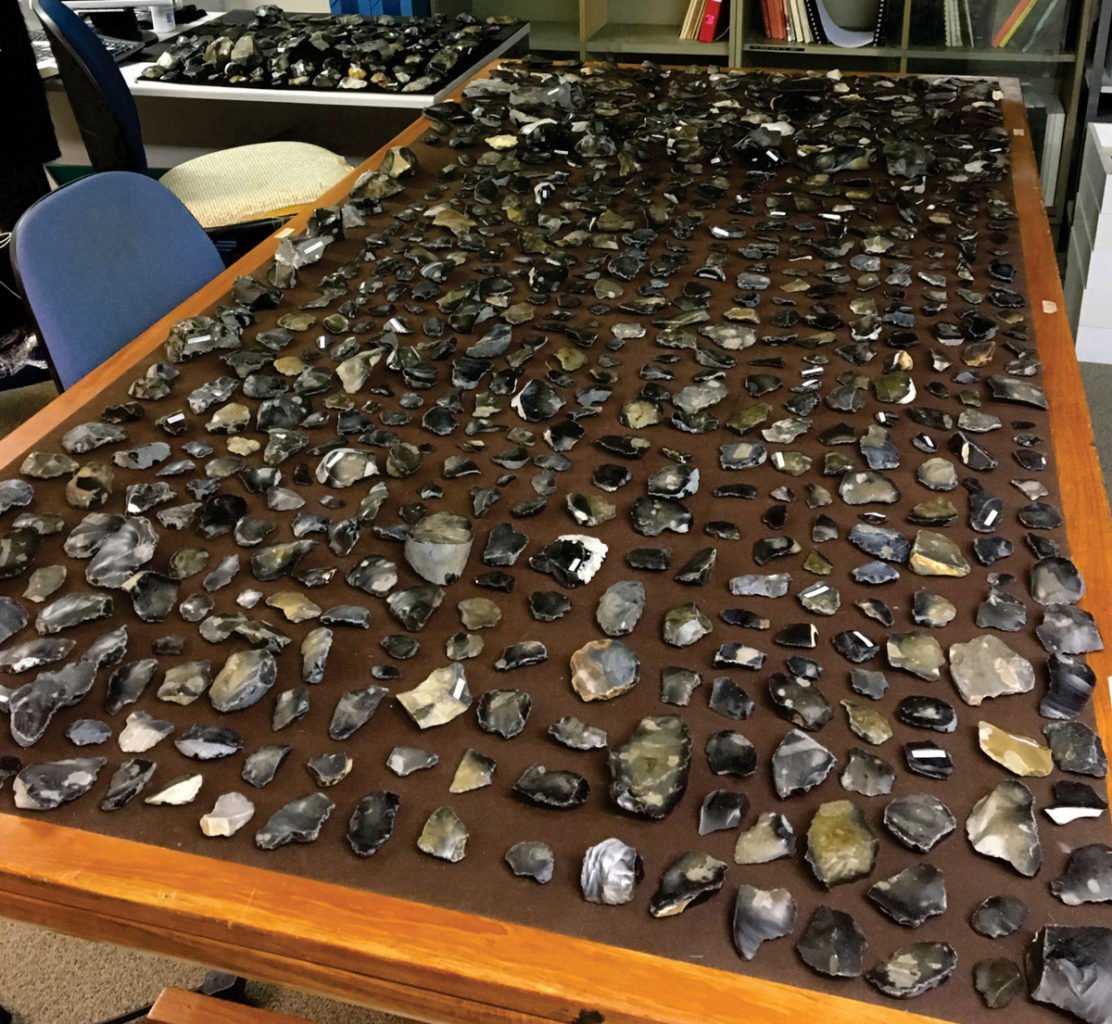 Stone tools from the beaches at Happisburgh, recovered by local collectors from 2014-2017. Photo credit – R.Bynoe

Palaeoenvironmental remains from this site have also made us reconsider our interpretations of the environments that they could inhabit, as the evidence indicates temperatures were several degrees cooler than at present and early hominins were occupying these marginal northern landscapes in a period and climate that we previously did not think possible. At this point in time Britain was not an island, but joined to the European continent by a large swathe of land, with the southern North Sea forming a shallow bay somewhere around north Norfolk. The archaeology unearthed along this coastline is therefore part of a bigger picture of occupation and migration, an unknown proportion of which is now lying under the murky waters of the North Sea. 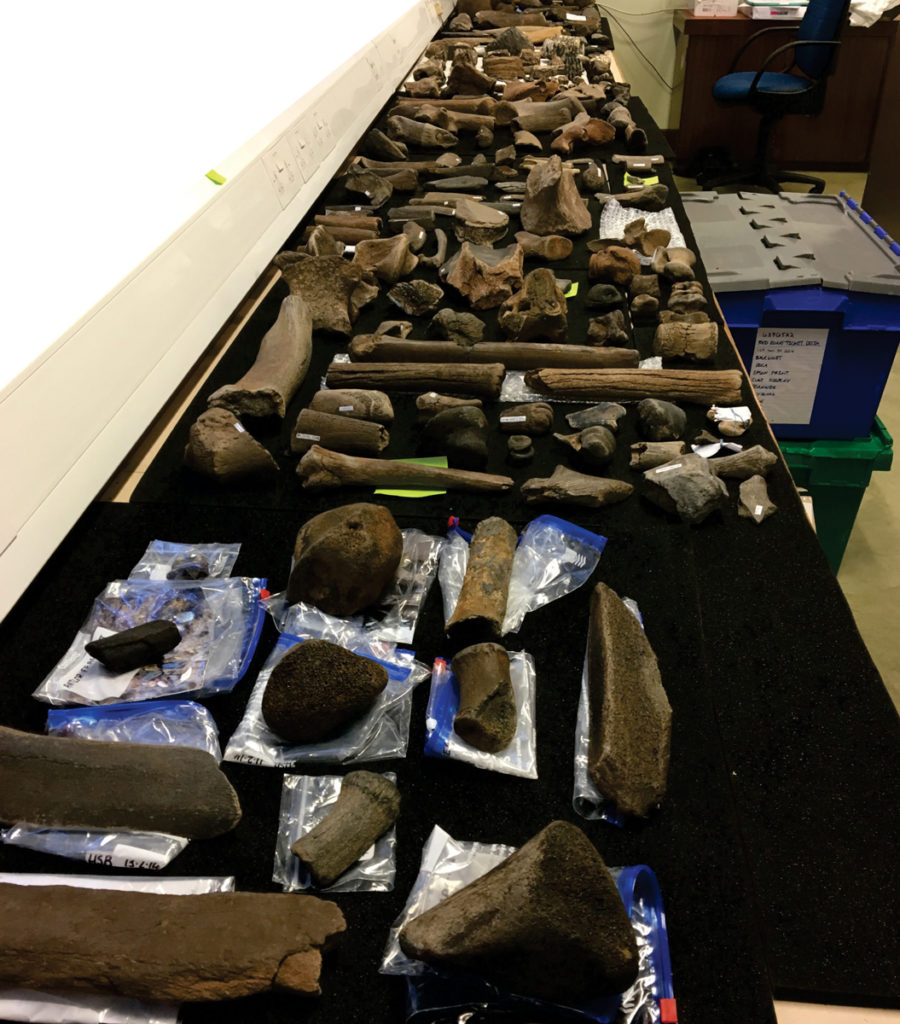 Fossilized animal bones including mammoth, rhino and giant deer from the beaches around Happisburgh, recovered by local collectors from 2014 – 2017. Photo credit – R. Bynoe

Recent years have seen hundreds of stone tools and the remains of Pleistocene species such as mammoths, rhinos, and giant deer, being found on local beaches. Their provenance is unclear, but analysis of where and when they were found indicates that some of them are coming from deposits now underwater. This project aims to locate and analyze these deposits, using a combination of seabed mapping (geophysics) and diver ground-truthing (collecting information on site) to do so.

The results of this project will provide further insights into the environments and occupation of early hominins at Happisburgh, as well as helping us to develop methodologies appropriately suited to work with submerged, fragmentary deposits of considerable age. If located, this archaeology stands to be the earliest submerged site in the world and, with the incredible preservation of organics in these deposits, will provide a wealth of information about the nature of that occupation leading to the re-shaping of our understanding of early hominin capabilities. 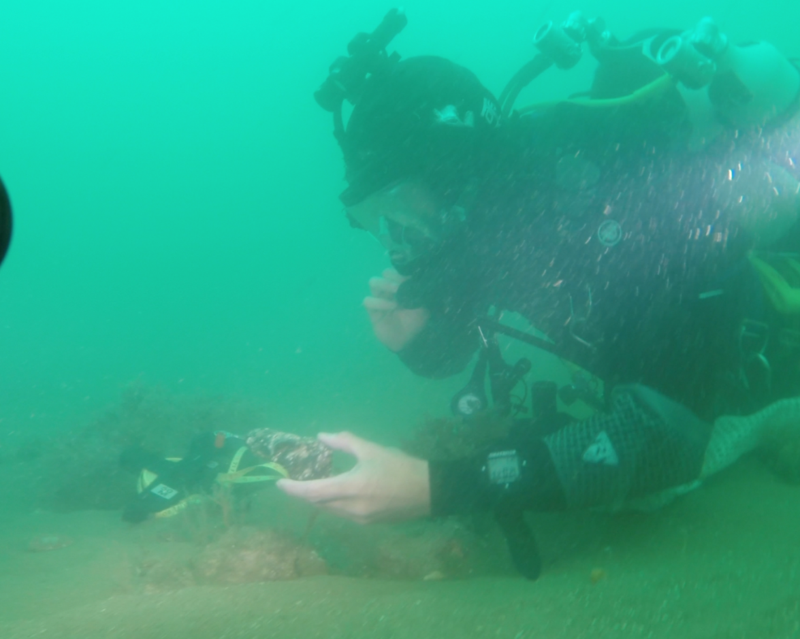 A diver hold a fossilized rhino radius found off Happisburgh in 2015.