Primates are fascinating. They are intelligent, live in complex societies, and are a vital part of the ecosystem. Lemurs, lorises, galagos, tarsiers, monkeys, and apes are our closest biological relatives, and just like them, humans are also primates. However, while the human population has spread to all corners of the earth, many of our closest relatives are under serious threat.

An international team of leading primate researchers, including several Leakey Foundation grantees, has analyzed and evaluated the situation of many endangered non-human primate species in Brazil, Madagascar, Indonesia, and the Democratic Republic of the Congo in a review article published on June 15. In their study, the researchers investigated the influence of human activities on wild primate populations. The destruction of natural forests and their conversion into agricultural land threatens many species who thereby lose their habitat. However, hunting and the bushmeat trade also lead to a massive and rapid decline of many populations. A simulation of agricultural land expansion by the end of the century showed a decline of up to 78 percent in the distribution areas of many primate species. In their study, the scientists ask for immediate measures to protect the endangered primate species and supply recommendations for the long-term conservation of primates and to avert primate extinction (Peer Journal 2018). 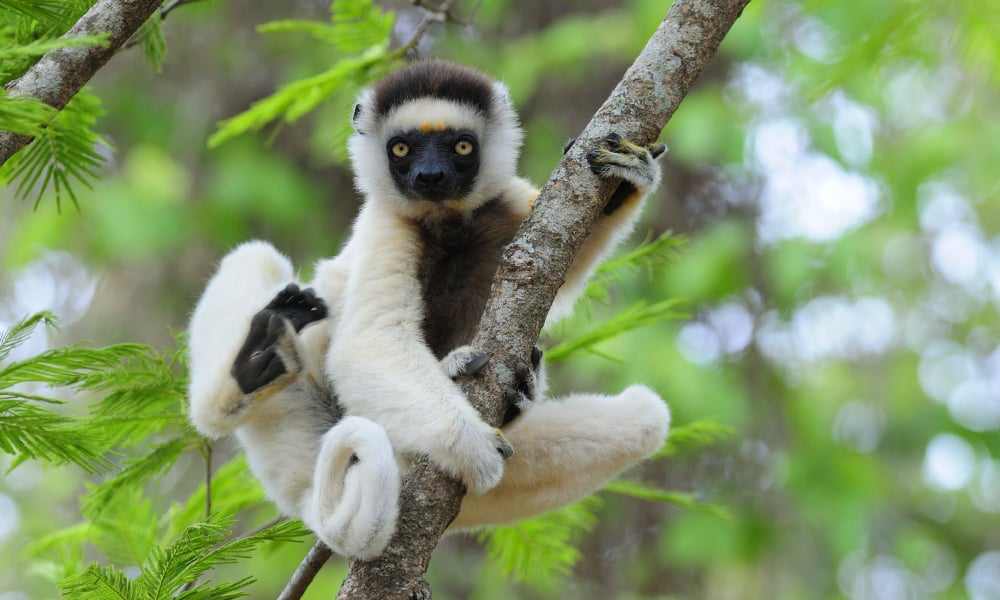 Primates live in tropical and subtropical areas and are mainly found in regions of Africa, South America, Madagascar, and Asia. The International Union for Conservation of Nature (IUCN) currently lists 439 species. 65 percent (286) of these are located in the four countries of Brazil, Indonesia, Madagascar and the Democratic Republic of Congo. Around 60 percent of them are threatened by extinction. Particularly dire is the situation in Indonesia and Madagascar, where 90 percent of primate population declined and more than three-quarters of species are endangered.

In a comprehensive literature review, the authors of the study analyzed the major threat factors for primates in four countries. In Brazil, Madagascar, and Indonesia the increasing destruction of their habitats is a stressor for the animals. In the Democratic Republic of the Congo, the bushmeat trade is the biggest threat. In addition, primates are sold illegally as pets or used in traditional medicine. Poverty, the lack of education, food insecurity, political instability, and corruption further encourage the depletion of natural resources in the countries concerned and make it more difficult to protect the animals. 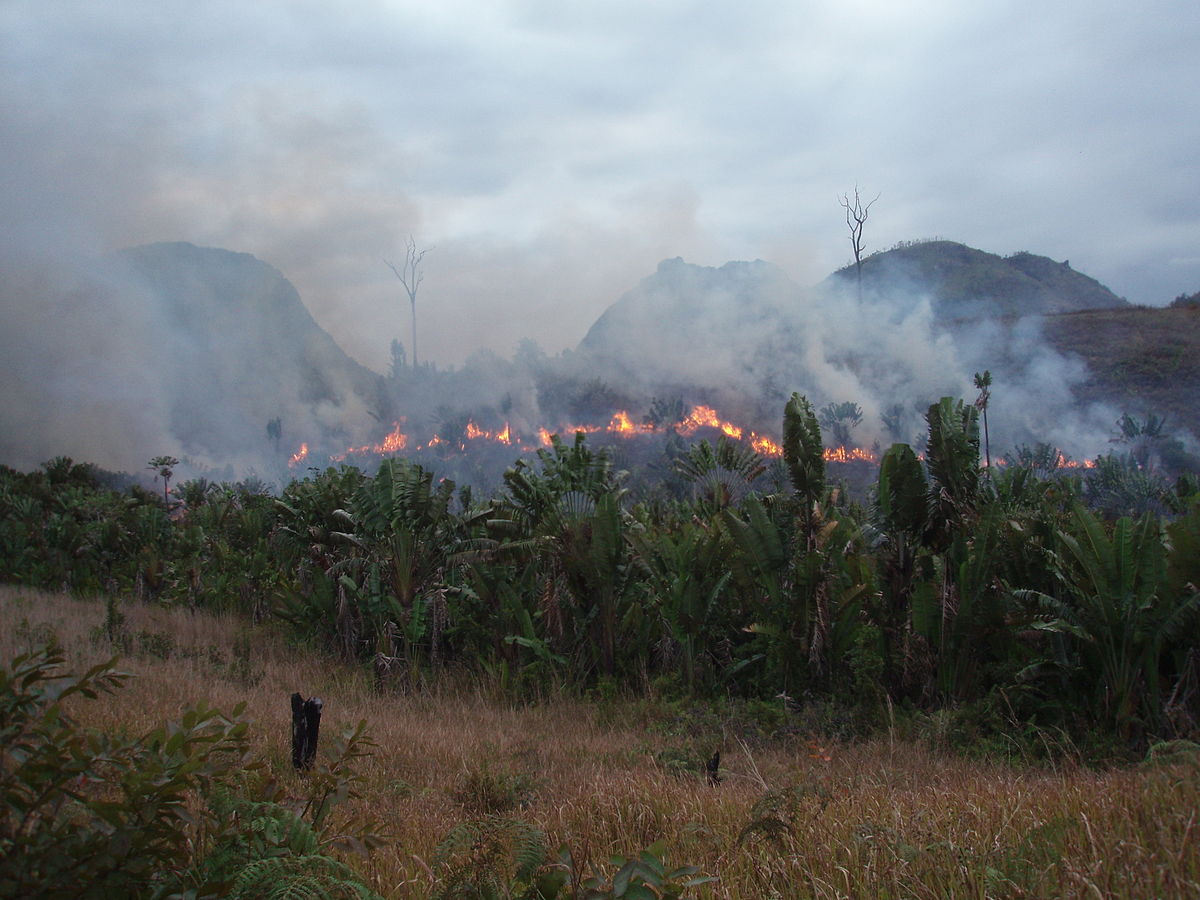 Slash and burn deforestation in the region west of Manantenina, Madagascar. Photo by Diorit – Own work, CC BY-SA 3.0 via Wikimedia Commons

“The destruction of the natural environment through deforestation, the expansion of agricultural land and infrastructure development to transport goods has become a major problem,” says Christian Roos, a scientist in the Primate Genetics Laboratory at the DPZ and co-author of the study. “The main contributors of this development are the industrial nations. There is a high demand for raw materials such as soy, palm oil, rubber, hardwood or fossil fuel. The four primate-rich countries cover 50 percent of these export goods to China, India, the US and Europe.”

The scientists combined data from the United Nations and World Bank databases to simulate the estimated spread of agricultural land in the four countries until the turn of the century. Assuming a worst-case scenario, the researchers were able to predict a decline in the geographical range of the primate populations. Accordingly, by the year 2100, 78 percent of the primate habitats in Brazil, 72 percent in Indonesia, 62 percent in Madagascar, and 32 percent in the Congo could have disappeared. At the same time, the authors investigated the size and distribution of protected areas. Their estimates show that Brazil and Madagascar have around 38 percent, Indonesia 17 percent, and The Democratic Republic of Congo 14 percent of primate habitats in protected areas. The majority of the distribution areas are without protection status, and primates are therefore under threat.

The authors call for the extension of protected areas, the reforestation of forests, and the planting of corridors as important measures to preserve primate populations. In addition, the local population must be made aware of the precarious situation. Governments, scientists, conservation organizations, and economists need to work together to promote sustainable, organic farming while preserving traditional lifestyles. In addition, the governments of the countries concerned should work harder to combat illegal hunting, forest destruction and primate trade.

“Primates are like canaries in a coal mine,” says Christian Roos. “They are invaluable for tropical biodiversity as they are vital for the regeneration of forests and stable ecosystems. Their extinction will serve as an alarm bell for humans and an indication that these habitats will become unusable in the long run.”

This article is from materials provided by the German Primate Research Center through Eurekalert.

Journal Article
Strong social ties are a key driver of cooperation in many species and are associated with adaptive benefits in several of them, including humans, feral horses and dolphins. Although such bonds are widely observed, it is not always known why any two particular animals become friends (just as in humans).
« New Discovery Updates the Story of Early Human Migration
Foot of Dikika Child Shows How Our Ancestors Moved »
« BACK TO BLOG