A project led by the Max Planck Institute for the Science of Human History has discovered a fossilized finger bone of an early modern human in the Nefud Desert of Saudi Arabia, dating to approximately 90,000 years ago. The discovery, described in Nature Ecology and Evolution, is the oldest directly dated Homo sapiens fossil outside of Africa and the Levant and indicates that early dispersals into Eurasia were more expansive than previously thought.

Researchers conducting archaeological fieldwork in the Nefud Desert of Saudi Arabia have discovered a fossilized finger bone of an early member of our species, Homo sapiens. The discovery is the oldest directly dated Homo sapiens fossil outside of Africa and the immediately adjacent Levant, and indicates that early dispersals into Eurasia were more expansive than previously thought. Prior to this discovery, it was thought that early dispersals into Eurasia were unsuccessful and remained restricted to the Mediterranean forests of the Levant, on the doorstep of Africa. The finding from the Al Wusta site shows that there were both multiple dispersals out of Africa, and these spread further than previously known. 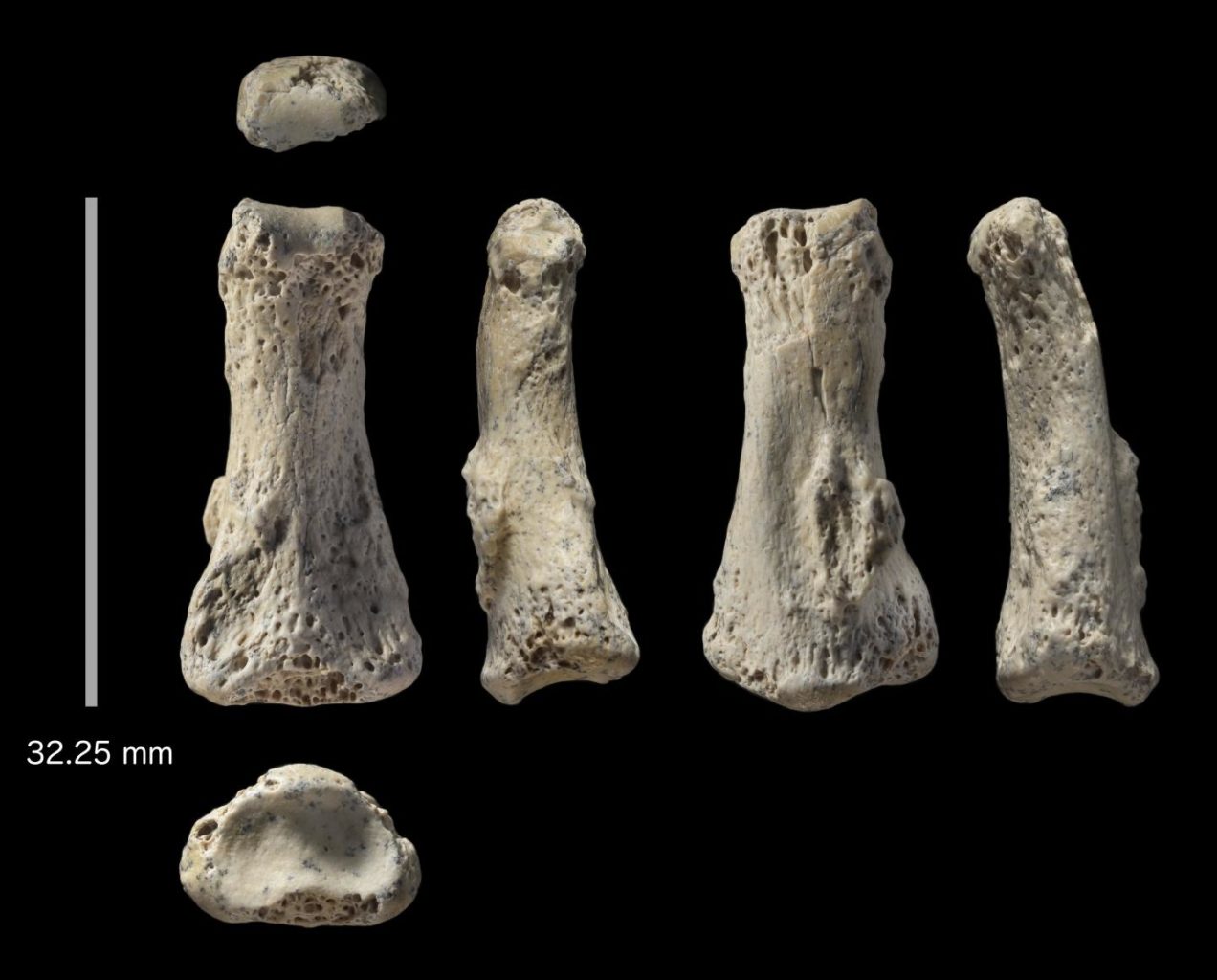 The results, published in Nature Ecology and Evolution, detail the discovery made at the site of Al Wusta, an ancient fresh-water lake located in what is now the hyper-arid Nefud Desert. Numerous animal fossils, including those of hippopotamus and tiny fresh water snails were found at Al Wusta, as well as abundant stone tools made by humans. Among these finds was a well preserved and small fossil, just 3.2 cm long, which was immediately recognized as a human finger bone. The bone was scanned in three dimensions and its shape compared to various other finger bones, both of recent Homo sapiens individuals and bones from other species of primates and other forms of early humans, such as Neanderthals. The results conclusively showed that the finger bone, the first ancient human fossil found in Arabia, belonged to our own species. Using a technique called uranium series dating, a laser was used to make microscopic holes in the fossil and measure the ratio between tiny traces of radioactive elements. These ratios revealed that the fossil was 88,000 years old. Other dates obtained from associated animals fossils and sediments converged to a date of approximately 90,000 years ago. Further environmental analyses also revealed the site to have been a freshwater lake in an ancient grassland environment far removed from today’s deserts.

Lead author Dr. Huw Groucutt, of the University of Oxford and the Max Planck Institute for the Science of Human History, states, “This discovery for the first time conclusively shows that early members of our species colonized an expansive region of southwest Asia and were not just restricted to the Levant. The ability of these early people to widely colonize this region casts doubt on long held views that early dispersals out of Africa were localized and unsuccessful.” 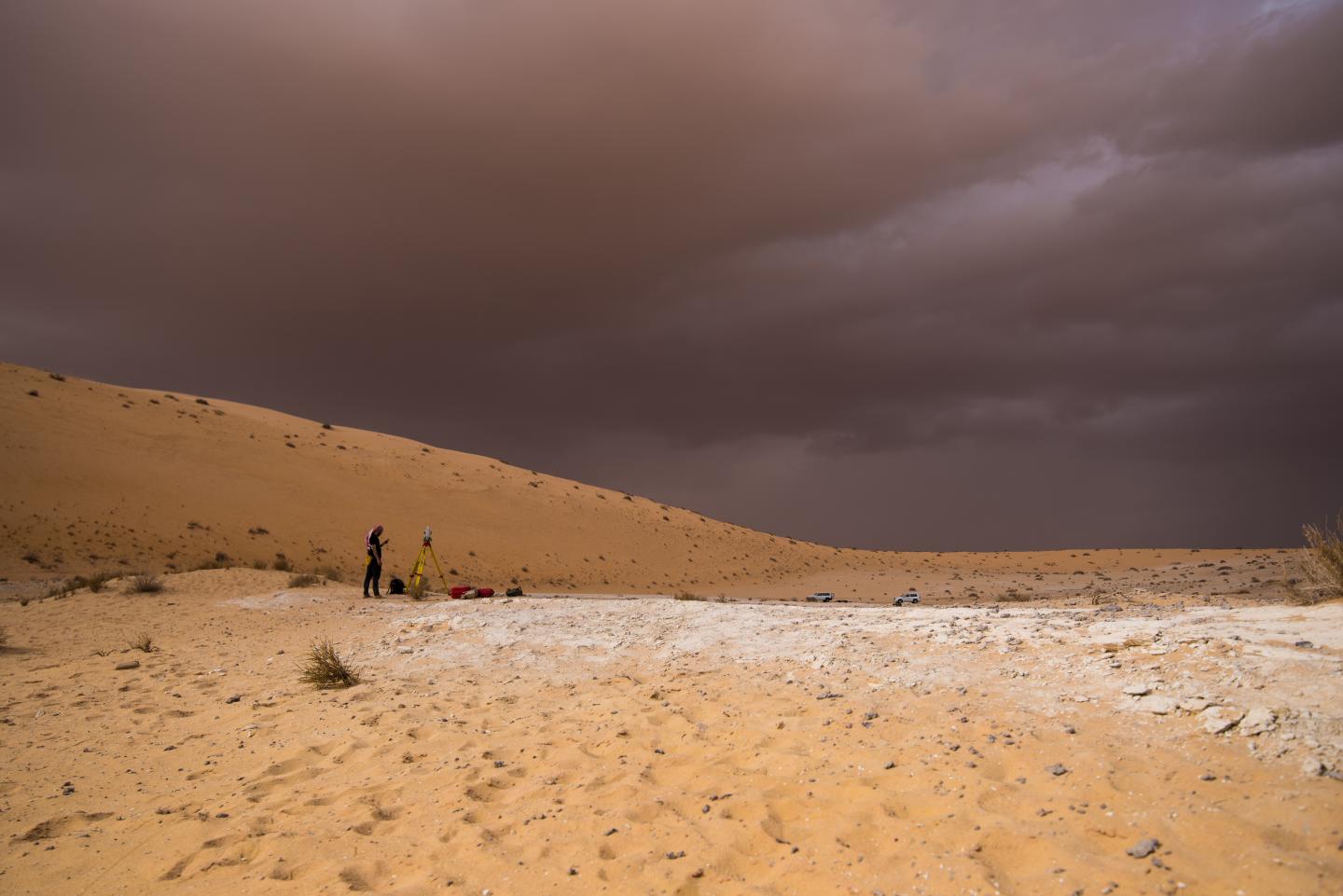 Project Lead and Leakey Foundation grantee, Michael Petraglia of the Max Planck Institute for the Science of Human History adds, “The Arabian Peninsula has long been considered to be far from the main stage of human evolution. This discovery firmly puts Arabia on the map as a key region for understanding our origins and expansion to the rest of the world. As fieldwork carries on, we continue to make remarkable discoveries in Saudi Arabia.”

The international consortium of researchers involved in this project is headed by the Max Planck Institute for the Science of Human History, in partnership with the Saudi Commission for Tourism and National Heritage. Additional partners include the Saudi Geological Survey, King Saud University, the University of Oxford and other key institutions in the United Kingdom and Australia.

Category: : Journal Article, In the News

Journal Article, Behind the Science
Dozens of non-human primate species, including our closest relatives, are at risk for SARS-CoV-2 infection and are vulnerable to COVID-19, which could have devastating impacts on populations of primates that are already endangered.
« How Infighting Turns Toxic for Chimpanzees
Origin Stories Podcast Episode Wins Prix Marulić »
« BACK TO BLOG