New studies write the history of a famous Siberian cave and unearth the oldest jewelry in the region. 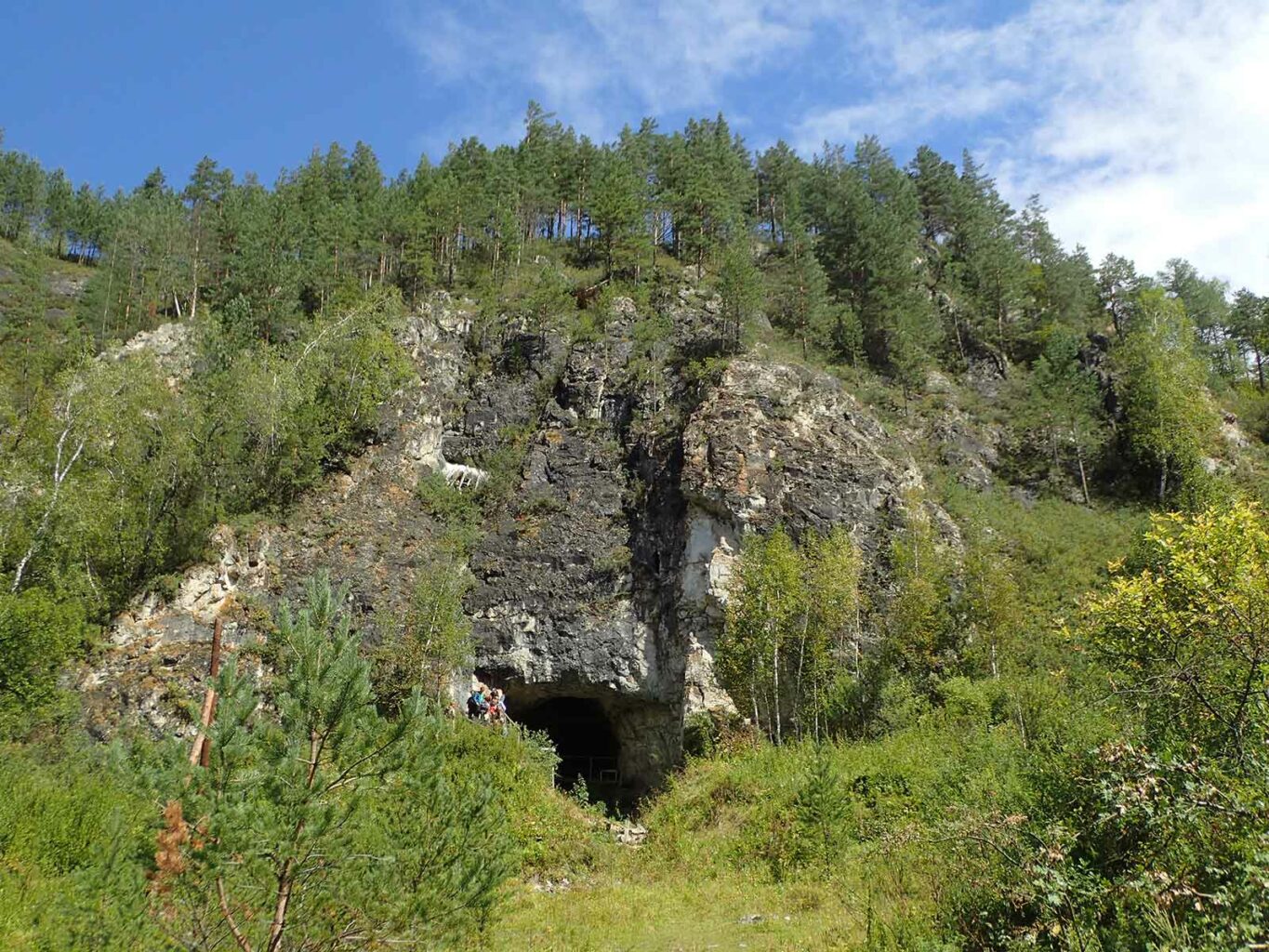 An extinct branch of hominins called the Denisovans is one of the most elusive members of our extended family tree: So far there have been only four individuals found in a single Siberian cave. Now researchers have done the painstaking work of dating the fossils, sediments, and artifacts found in that famous cave, including what might be the first evidence for crafts made by our long-lost cousins.

The Denisova Cave in the foothills of Russia’s Altai Mountains has a long history of occupation and has proven to be a gold mine for anthropologists trying to untangle the relationship between hominin groups living in Eurasia hundreds of thousands of years ago. The cave—which has three chambers and is about the size of a modern four-bedroom home—was used as recently as the 1700s by a hermit named Denis, which is where it got its modern name (in Russian, “the cave of Denis”). Its earlier inhabitants have proven harder to pin down.

Researchers have been finding and studying fossils from this cave since at least the 1970s. In 2010, the genetic analysis of a fragment of pinky finger bone prompted the identification and naming of the Denisovans, a sister group to Neanderthals. The two split ways about 400,000 years ago. So far, Denisovan remains haven’t been confirmed anywhere else in the world, although DNA studies suggest that they once lived widely across Asia.

Although thousands of tiny fossils have been found inside the Denisova Cave, many of these are from animals and only about a dozen individual hominins have been identified from bone and teeth—including three other Denisovans, three Neanderthals, and some unidentified hominins. Last year, genetic work revealed that one of the cave’s fossils is from the first-known offspring of a Denisovan and a Neanderthal, news that won headlines around the world.

With so few remains and artifacts, and no fire pits, it seems that the people of the time preferred to live in the open air and only came into the cave periodically, perhaps during heavy rain, says Bence Viola, a paleoanthropologist at the University of Toronto. “There are a lot of unpleasant creatures in there: hyenas, bats, pigeons. It can be disgusting,” says Viola. The cave’s location in chilly Siberia has made it a good place for preserving DNA. “The Altai is nice and cold, and the caves are like big fridges,” says Viola.

But dating all the tiny scraps found in the cave has proven tricky because they are mostly smaller than a centimeter across and older than can be reliably dated using radiocarbon dating, which works best for things 50,000 years old or younger. “It requires a huge amount of investment from a range of different people and techniques, so it inevitably takes a long time and effort to bring it together,” says archaeologist and earth scientist Zenobia Jacobs of the University of Wollongong in New South Wales, Australia.

This week, two papers published in Nature lay bare the history of the cave. Archaeologist Katerina Douka of the Max Planck Institute for the Science of Human History in Jena, Germany, and colleagues, including Viola, analyzed results from a combination of techniques, including radiocarbon dating, genetics, and optical dating, to track fossils and artifacts. Optical dating works by measuring how much stored energy remains in some minerals, including quartz, from the last time they were exposed to sunlight. Meanwhile, Jacobs and co-authors used optical dating on more than 100 samples of cave-floor sediments to fill in the complete timeline of hominin occupation, along with clues about the area’s climate based on animal and plant remains.

Together the works suggest that hominins have been living sporadically in this cave for about 300,000 years. Fossils and DNA traces in the soil show both Denisovans and Neanderthals living in the cave between about 200,000 and 90,000 years ago, says Jacobs, with Denisovans staying as late as about 50,000 years ago. The overlapping dates make sense, given the presence of a hybrid in the cave. “You could say it was a Denisovan cave, and the Neanderthals just visited for a while,” says Sharon Browning, a biostatistician at the University of Washington, Seattle, who has worked on Denisovan remains but wasn’t involved with either new study. “Though the Neanderthal occupation appears to have extended for tens of thousands of years, so it was a long visit.”

Perhaps most exciting is some pendants made from deer and elk teeth, and bone points that might have been used to pierce clothing for sewing. These have been dated at 43,000–49,000 years old, making them the oldest such artifacts in northern Eurasia. Older jewelry has been found elsewhere—shell beads discovered in Israel are at least 100,000 years old. But these ancient pendants could possibly be the first evidence of Denisovans making arts and crafts. Alternatively, the jewelry could come from modern humans, who are known to have been living elsewhere in Eurasia at that time.

“The big question is: Who produced these bone points and pendants? That is something we just don’t know,” says Viola. “Sadly, the pendants don’t come with a name tag.”

This work first appeared on SAPIENS under a CC BY-ND 4.0 license. Read the original here.

Journal Article
Leakey Foundation grantee Sileshi Semaw from the Centro Nacional de Investigación sobre la Evolución Humana (CENIEH), is coauthor of a paper published in the Journal of Human Evolution that describes two newly discovered primate species.
« The Diversity of Rural African Populations Extends to Microbiomes
Fresh Clues to the Life and Times of the Denisovans »
« BACK TO BLOG