Thomas Plummer is a Professor of Anthropology at Queens College, City University of New York, and a member of the New York Consortium in Evolutionary Primatology. He was awarded a Leakey Foundation research grant in our spring 2017 cycle for his project entitled “Excavation of ca. 2.6 Ma Oldowan sites at Nyayanga, Kenya.” 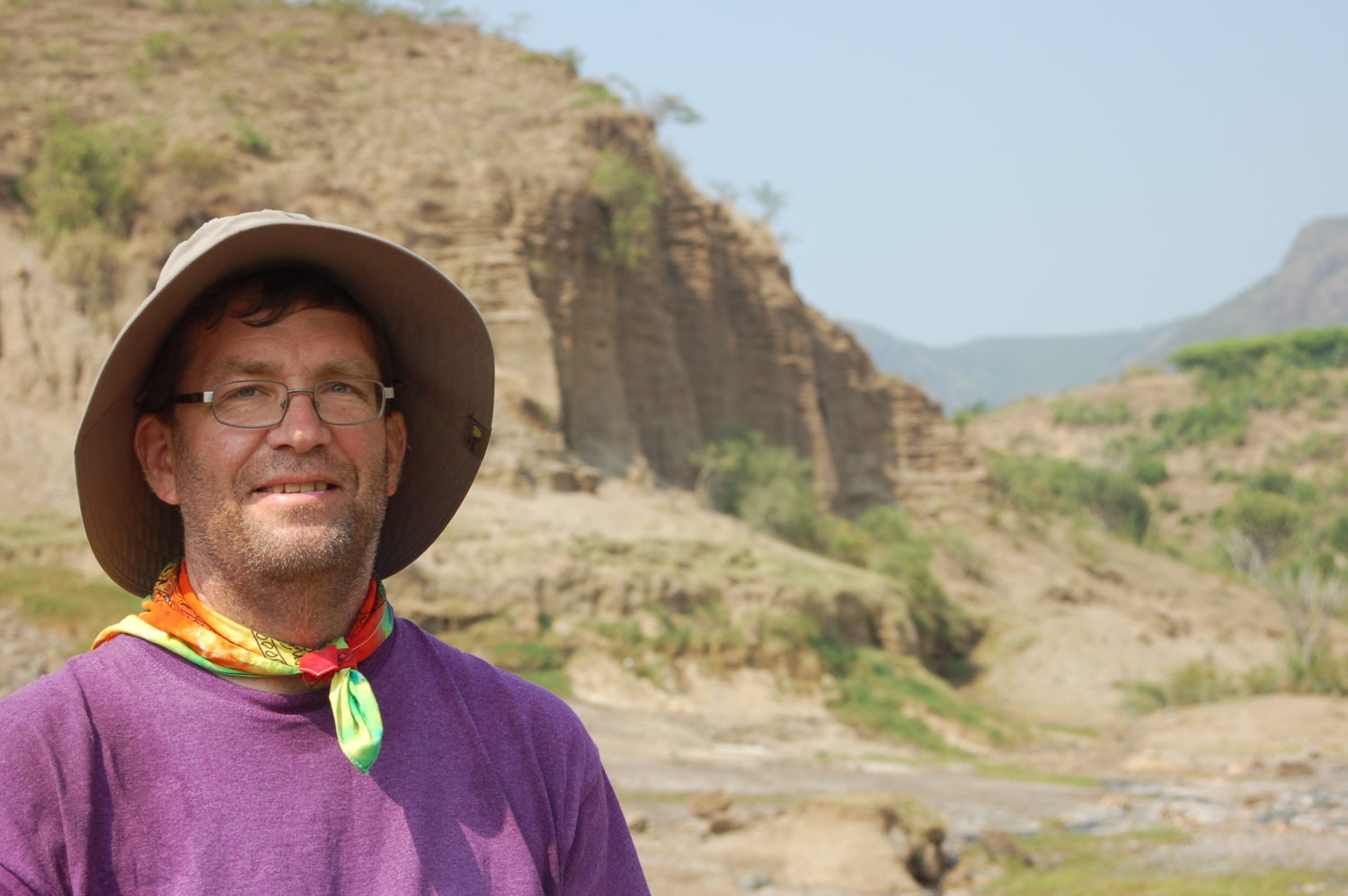 Leakey Foundation funding was awarded to investigate the foraging ecology of Oldowan hominins at Nyayanga, Homa Peninsula, Kenya. The appearance and spread of Oldowan archeological sites ca. 2.6 – 1.7 million years ago (Ma) reflects an important adaptive shift in human evolution.  Stone technology gave hominins the potential to work a wide variety of materials, including nutrient-dense foods (e.g., animal carcasses, underground storage organs) that could be acquired or prepared with tools.  But many of the traits routinely used to characterize the Oldowan (transport of lithic raw material beyond what is normally exhibited by living nonhuman primates, large mammal butchery, repeated use of the same spots on the landscape to create a stacked sequence of archeological material) more clearly exemplify Oldowan occurrences 2 Ma and younger.  Lithic transport dynamics and the activities that Oldowan tools were used for at the dawn of the industry are only poorly understood.

Magnetostratigraphy and biostratigraphy suggest that Nyayanga is ca. 2.6 Ma, but unlike most other early Oldowan sites, artifacts are frequently associated with well-preserved fossils.  Past surface collections recovered a wide variety of fauna, a Paranthropus sp. upper molar, Oldowan tools, and fossils with stone tool butchery marks.  We will be excavating three sites that were tested in 2016 and already have yielded spatially associated accumulations of stone tools and fauna, including artifacts associated with a partial skeleton of a hippopotamid.

You can help support field research with a donation to The Leakey Foundation! Click here to support research like this.

We have two broad objectives for this project. First, we will expand our 2016 excavations to enlarge the collections of in situ fossils and artifacts.  This will afford us large enough samples of excavated materials to carry out meaningful analyses of hominin behaviors within their paleoenvironmental contexts.  Second, at the end of the season, we’ll need to protect the sites against rapid erosion due to rainfall and livestock trampling.  We will thoroughly backfill excavations, contour and stabilize the slopes, and work with the local landowners to limit foot traffic over areas of paleoanthropological significance.  The proposed project will document hominin behavior at one of the oldest archaeological localities discovered thus far. It will expand the geographic range of the Oldowan showing that the technology was more broadly distributed across East Africa at an earlier time than previously thought.  And it will help develop a temporal sequence of Oldowan sites (Nyayanga at ca. 2.6 Ma, Kanjera South at ca. 2 Ma, and Sare River at ca. 1.8 Ma) on the Homa Peninsula that will allow us to carry out a regional comparison of Oldowan hominin behavior through time.