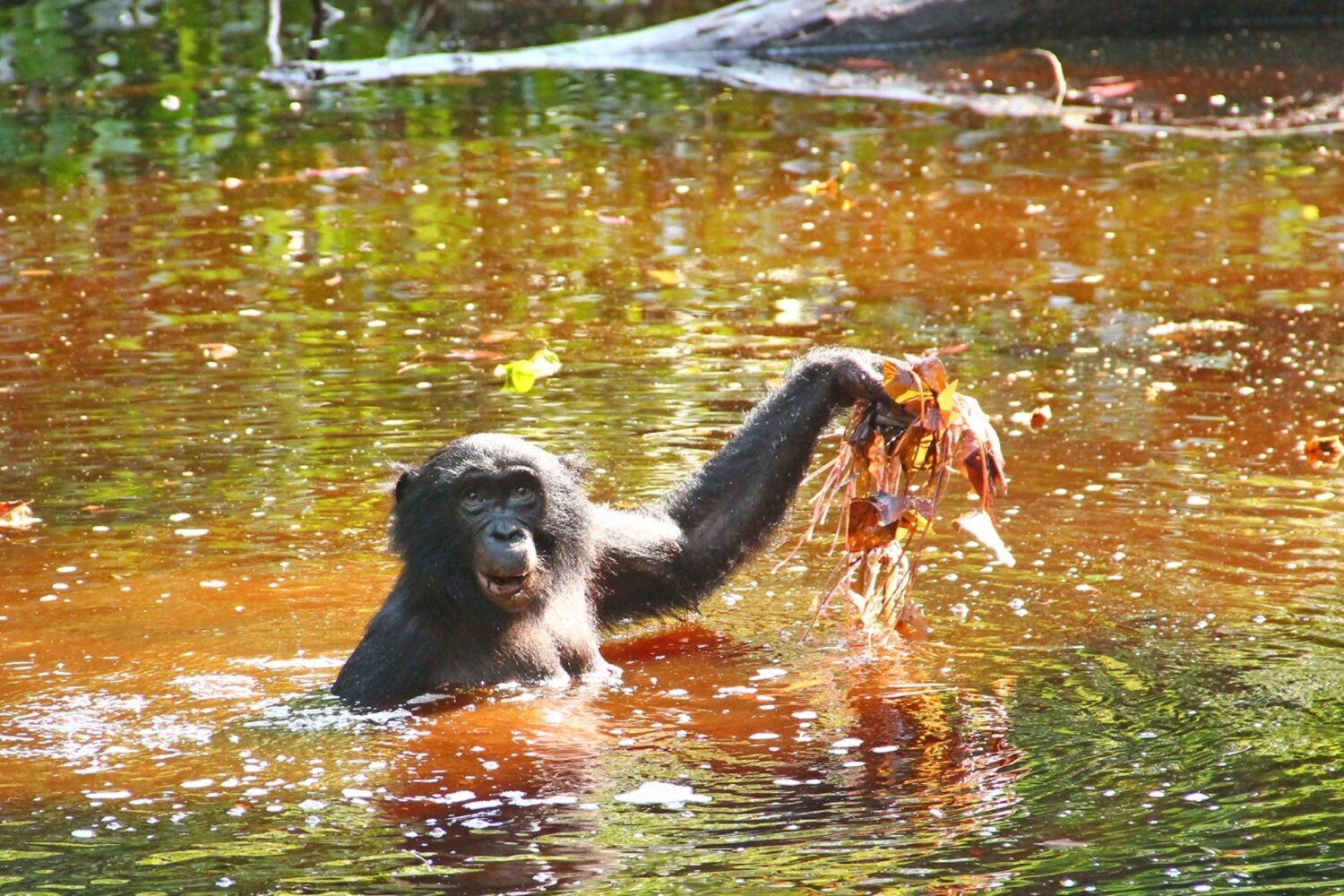 Scientists have observed bonobos in the Congo basin foraging in swamps for aquatic herbs rich in iodine. Iodine is a critical nutrient for brain development and higher cognitive abilities, and this new research may explain how the nutritional needs of prehistoric humans in the region were met. This is the first report of iodine consumption by a nonhuman primate and it is published in the open access journal BMC Zoology.

Dr. Gottfried Hohmann, from the Max Planck Institute for Evolutionary Anthropology, the lead author of the study said, “Our results have implications for our understanding of the immigration of prehistoric human populations into the Congo basin. Bonobos as a species can be expected to have similar iodine requirements to humans, so our study offers – for the first time – a possible answer on how pre-industrial human migrants may have survived in the Congo basin without artificial supplementation of iodine.”

With support from The Leakey Foundation, researchers made behavioral observations of two bonobo communities in the LuiKotale forest in Salonga National Park, Democratic Republic of Congo. These observations were combined with data on the iodine content of plants eaten by bonobos from an ongoing study by the Leibniz Institute for Zoo and Wildlife Research, Berlin. They found that the aquatic herbs consumed by bonobos are a surprisingly rich natural source of iodine in the Congo basin, a region that was previously thought to be scarce in iodine sources.

Dr. Hohmann said, “Evolutionary scenarios suggest that major developments of human evolution are associated with living in coastal areas, which offer a diet that triggered brain development in hominins. The results of our study suggest that consumption of aquatic herbs from swamps in forest habitat could have contributed to satisfying the iodine requirements of hominin populations used to diets prevalent in coastal environments.”

He added: “Our report potentially answers the question of how apes obtain iodine from natural food sources when many populations inhabit areas considered to be iodine deficient. Other apes such as chimpanzees and gorillas have also been observed eating aquatic herbs, which suggests that they could be obtaining essential iodine from these sources.”

The authors caution that without data on the iodine status of wild bonobos, it is difficult to tell how much iodine they absorb, although given the high concentrations in the herbs, it is likely to be substantial. The authors also stress that the iodine concentrations obtained at the field site of LuiKotale may not be reflective of the entire Congo basin.

Journal Article
Strong social ties are a key driver of cooperation in many species and are associated with adaptive benefits in several of them, including humans, feral horses and dolphins. Although such bonds are widely observed, it is not always known why any two particular animals become friends (just as in humans).
« World’s Smallest Bears Can Mimic Facial Expressions
Ancient Saharan Seaway Illustrates How Earth’s Climate and Creatures Can Undergo Extreme Change »
« BACK TO BLOG