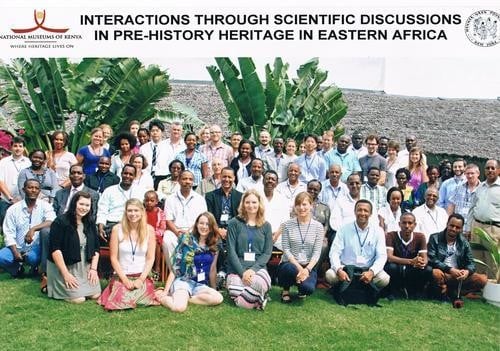 The 4th conference of the East African Association for Paleoanthropology and Paleontology (EAAPP) took place at the Leisure Lodge Resort in Mombasa, Kenya from July 28th through August 1st, 2013. Once again it was an exciting opportunity for students and researchers in African universities to assemble, exchange ideas, and interact with a diverse array of paleoscientists from around the world. The organizing committee did a superb job in putting together the fourth installment of what has become an increasingly popular conference in the field of human evolutionary studies. Thanks to all of them, particularly Dr. Emma Mbua†* (National Museums of Kenya) and Dr. Zeresenay Alemseged* (California Academy of Sciences), for their unending efforts.

While it is impossible to mention all of the presentations, there were a number of notable trends and highlights at the conference this year. Fewer presentations focused on hominin morphology and behaviour than in past years, but paleontological-focused presentations were still numerous amongst the usual complement of archeological and paleoenvironmental-focused presentations. Dr. Fredrick Manthi†* (National Museums of Kenya) began the scientific sessions with an update on field work at Kanapoi. Miopithecus, and now the first record of Kolpochoerus (a suid) at Kanapoi, were among recent finds he noted. Dr. Job Kibii† (University of the Witwatersrand) presented a comparative morphological analysis of a new pelvic fragment from Member 4 in Sterkfontein Cave, South Africa. Dr. Kristian Carlson (University of the Witwatersrand) presented results of a collaborative effort aimed at evaluating evidence for a partially fused metopic suture in the Taung Child. This work demonstrated the splendid capabilities of the microfocus CT facility at the University of the Witwatersrand. Even the well-known site of Dmanisi, Georgia was represented at the conference. Dr. Tea Jashashvili (University of the Witwatersrand) provided a preliminary structural interpretation of cortical thickness distribution in the 1st metatarsal of Dmanisi hominins.

In terms of new announcements, Dr. Kieran McNulty* (University of Minnesota) informed participants about the formation of a new partnership, REACHE (Research on East African Catarrhine and Hominoid Evolution). This exciting multi-disciplinary, multi-institutional effort sprung from a desire to place ongoing work at Rusinga Island into a broader regional perspective. The National Science Foundation (US) is funding the collaborative partnership, which provides an excellent model for future multi-institutional, paleontological efforts focusing on developing teams interested in regional outlooks.

Updates on field work at Woranso-Mille, Nakali, and Gona were provided by Dr. Yohannes Haile-Selassie* (Cleveland Museum of Natural History), Yoshiki Tanabe (Joint Kenya-Japan Nakali Paleoanthropological Expedition), and Dr. Sileshi Semaw* (CENIEH), respectively. Among other things, Dr. Haile-Selassie presented new information on the phylogenetic relationship of two Early Pliocene suids (Nyanzachoerus and Notochoerus). Mr. Tanabe revealed that excavations over the last decade by the team have recovered nearly 1500 rodent specimens. Based on teeth, he was able to add nine newly identified rodent taxa to the late Miocene record. Dr. Semaw recounted the recent discovery of additional large artifacts found in situ at Gona, associated with cut-marked bone, and from basalts not available locally. Work on diagnosing them is ongoing.

Dr. Stanley Ambrose* (University of Illinois, Urbana-Champaign) summarized collaborative efforts over the past five years aimed at expanding the existing database of known obsidian sources in the Kenya Rift Valley. The team has doubled the number of known sources in the area, while whittling away at the number of unidentified sources represented in artifact assemblages from Olorgesailie, the Turkana Basin, and the Central Rift Valley.

Dr. Julio Mercader (University of Calgary) presented cautionary results suggesting that a looming credibility crisis may soon be facing the analysis of starch grains associated with stone tools. Contamination issues seem to be a much more serious and pervasive concern than commonly recognized, and present protocols favoring reproducibility are relatively limited. More work remains to be done in this developing area of research.

Rahab Kinyanjui (University of the Witwatersrand) presented preliminary work on using fossil pollen and phytolith data to determine the impact of colonization on land use and forest structure in remnant indigenous forests outside Nairobi. Preliminary results suggest that forest structure was not significantly altered by anthropogenic impacts during the colonization period, and that current conservation efforts are proving to be fruitful.

Others reported on exploration efforts geared towards identifying new sites. Dr. Amanuel Beyin* (University of Southern Indiana) updated conference participants on efforts to explore migration routes of Middle Stone Age hominins out of Africa via Eritrea. He proposed a combined northerly/southerly route, and is currently looking for archeological evidence to support the hypothesis. Atrianus Mutungi (University of Dar es Salaam), on behalf of several colleagues, presented on a collaborative effort aimed at developing a statistical modeling approach for predicting and identifying site locations on the landscape. The effort integrates remote sensing, landscape imagery, topographical indices, and soil parameter information, among other pieces of information. Dr. Purity Kiura* (National Museums of Kenya) reported on cultural resource management efforts in the Turkana Basin aimed at assessing the impact of exploration work by Tullow Oil. Dr. Kiura noted that the cooperative relationship has already directly resulted in the documenting of hundreds of new paleontological and archeological sites. This last presentation came towards the end of the conference, and seemed to best symbolize the upbeat mood as the scientific sessions wound down. As the exploration for and exploitation of minerals and other resources becomes increasingly common in Africa, it is encouraging to see commercial entities exhibit both a tolerance for and a willingness to help preserve opportunities to study our own heritage.

Sponsors of EAAPP: Wenner GrenPAST and its subsidiaries Walking Tall and Scatterlings of AfricaROCEEH (The Role of Culture in the Early Expansions of Humans) 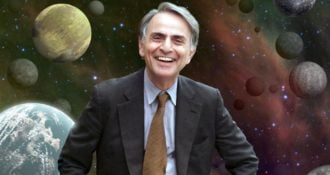 Uncategorized, The Leakey Foundation
The Leakey Foundation’s Annual Fellows Dinner and Auction was held on Friday, April 25, 2014 at the historic Chateau Carolands in Hillsborough. The event is a way to acknowledge… more »
« Mothering: The Natural Heritage from Deep Time by Dr. Robert Martin
Video: Dr. Bernard Wood »
« BACK TO BLOG