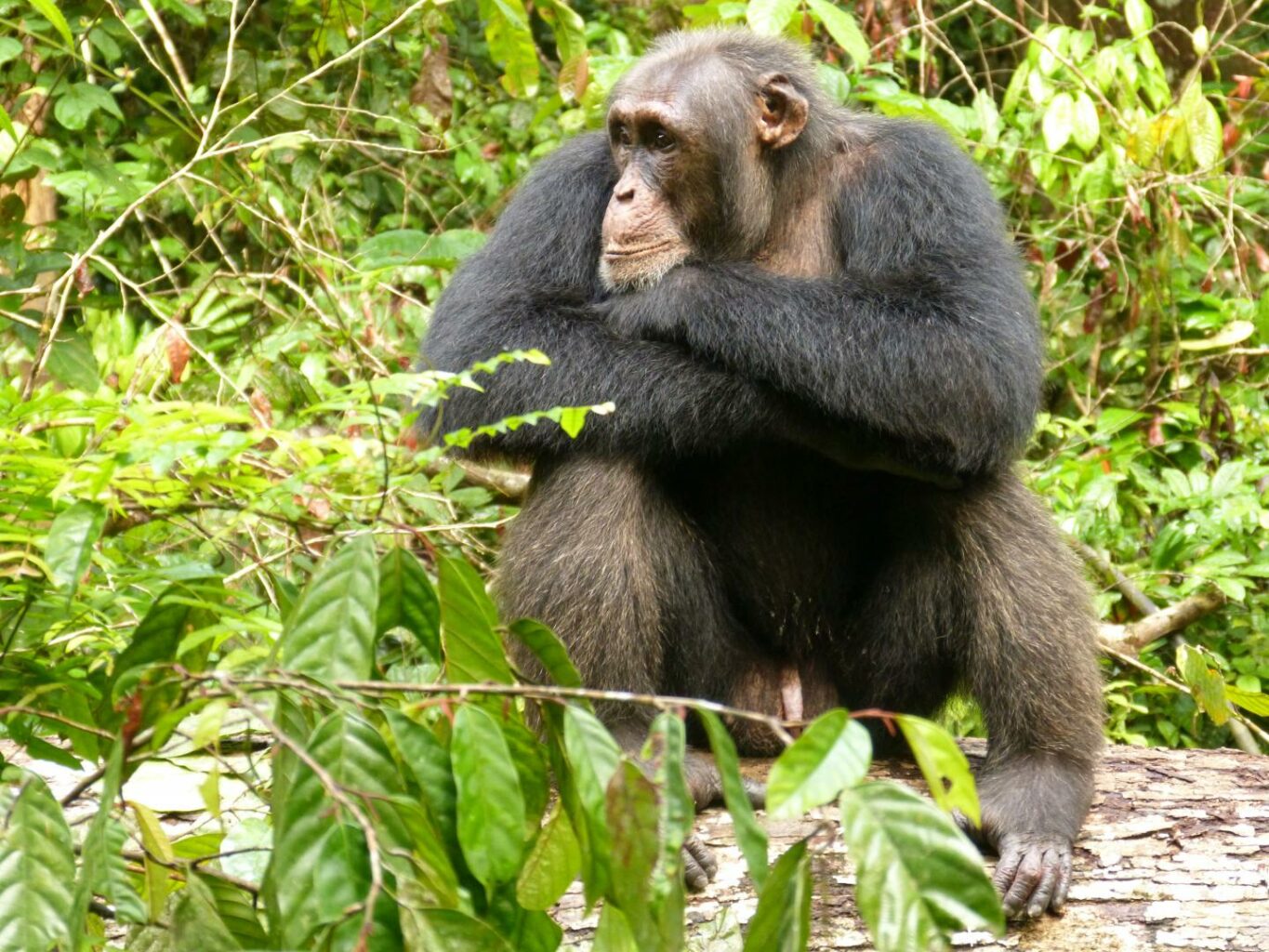 A high social status has substantial health and fitness benefits for males and females of many social animal species, including humans. However, attaining and maintaining dominance often comes with elevated energetic costs. “To investigate costs associated with dominance acquisition and maintenance, we examined potential sources of energetic and psychosocial stressors that male chimpanzees might be exposed to on a daily basis, and particularly during periods when males compete intensively over dominance status and mating opportunities,” says Anna Preis, first author of a new study published in the journal Frontiers in Ecology and Evolution

The authors conducted their research at the Taï Chimpanzee Project field site in Côte d’Ivoire, and they found that urinary cortisol levels were higher in all males during unstable compared to stable dominance periods, whereas aggression rates showed the reversed pattern, with higher rates in stable periods. In contrast to a previous study in another chimpanzee population, dominance rank and urinary cortisol levels were not associated in either period.

These findings indicate that status maintenance is not associated with elevated physiological stress for dominant Taï male chimpanzees and suggest that status competition and the uncertainty of dominance relationships within the group exposes all males to psychosocial stress, despite lower rates of aggressive interactions. This supports a number of other studies showing that unpredictability in social relationships is particularly stressful in primates, – including in humans.

“One of our main findings is that male chimpanzees adjust competitive behaviors to context dependent conditions. When the risk of escalation was high, males avoided aggressive behaviors to diminish the risk of injury,” says Roman Wittig, senior author of the study. “Chimpanzees are highly territorial and cooperatively defend their territories against intruders. Male chimpanzees might therefore avoid aggressive behavior when dominance relationships are unclear and unstable, as part of a conflict management strategy that allows them to cooperate as a group during such periods.” Conflict management strategies are crucial for the maintenance of a stable life in social groups. The study illustrates that wild chimpanzees contrast personal with group-level costs of aggression to manage their in-group conflicts.

“Our study is of interest for a wide research field. It shows that aggression rates are not always a good indicator of competition intensities and that in future studies avoidance of aggression and other non-aggressive forms of competitive behavior need to be considered, too,” concludes Preis.

This research was funded by: The Max Planck Society, The Leakey Foundation, Minerva Foundation, and the European Research Council

This blog post was created from materials provided by the Max Planck Institute for Evolutionary Anthropology.

Journal Article, Behind the Science
Dozens of non-human primate species, including our closest relatives, are at risk for SARS-CoV-2 infection and are vulnerable to COVID-19, which could have devastating impacts on populations of primates that are already endangered.
« Bonobo Mothers Meddle in Their Sons’ Sex Lives – Making Them Three Times More Likely to Father Children
A Shared Past for East Africa’s Hunter-Gatherers »
« BACK TO BLOG