New Species of Early Human Discovered in the Philippines 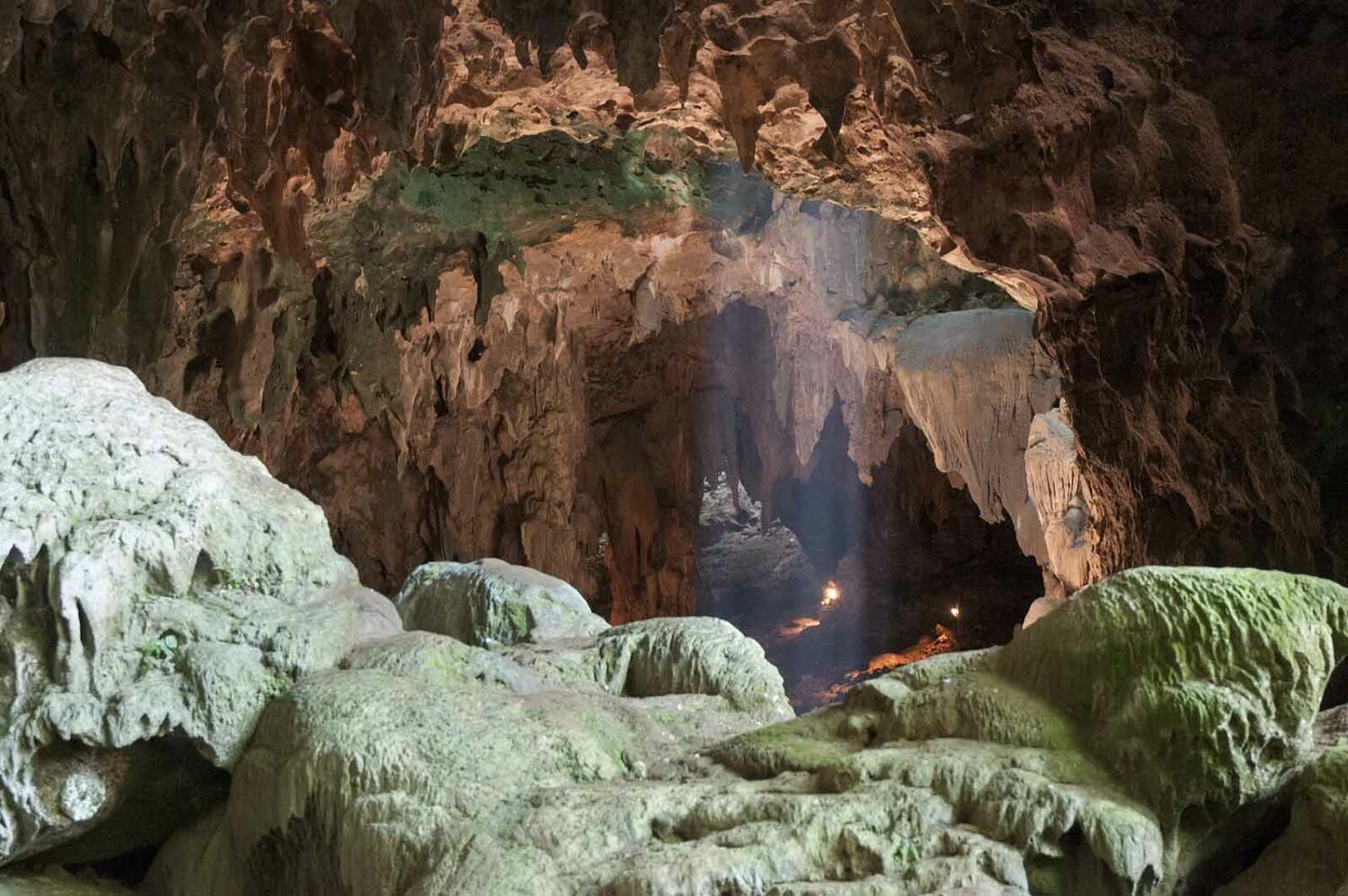 With funding from The Leakey Foundation, a new member of the human family has been found in a cave in the Philippines, researchers report today in the journal Nature.

The new species, called Homo luzonensis, is named after Luzon Island, where the more than 50,000-year-old fossils were found during excavations at Callao Cave. This species lived at the same time that the small hominins named Homo floresiensis or “hobbits” lived on the Indonesian island of Flores. 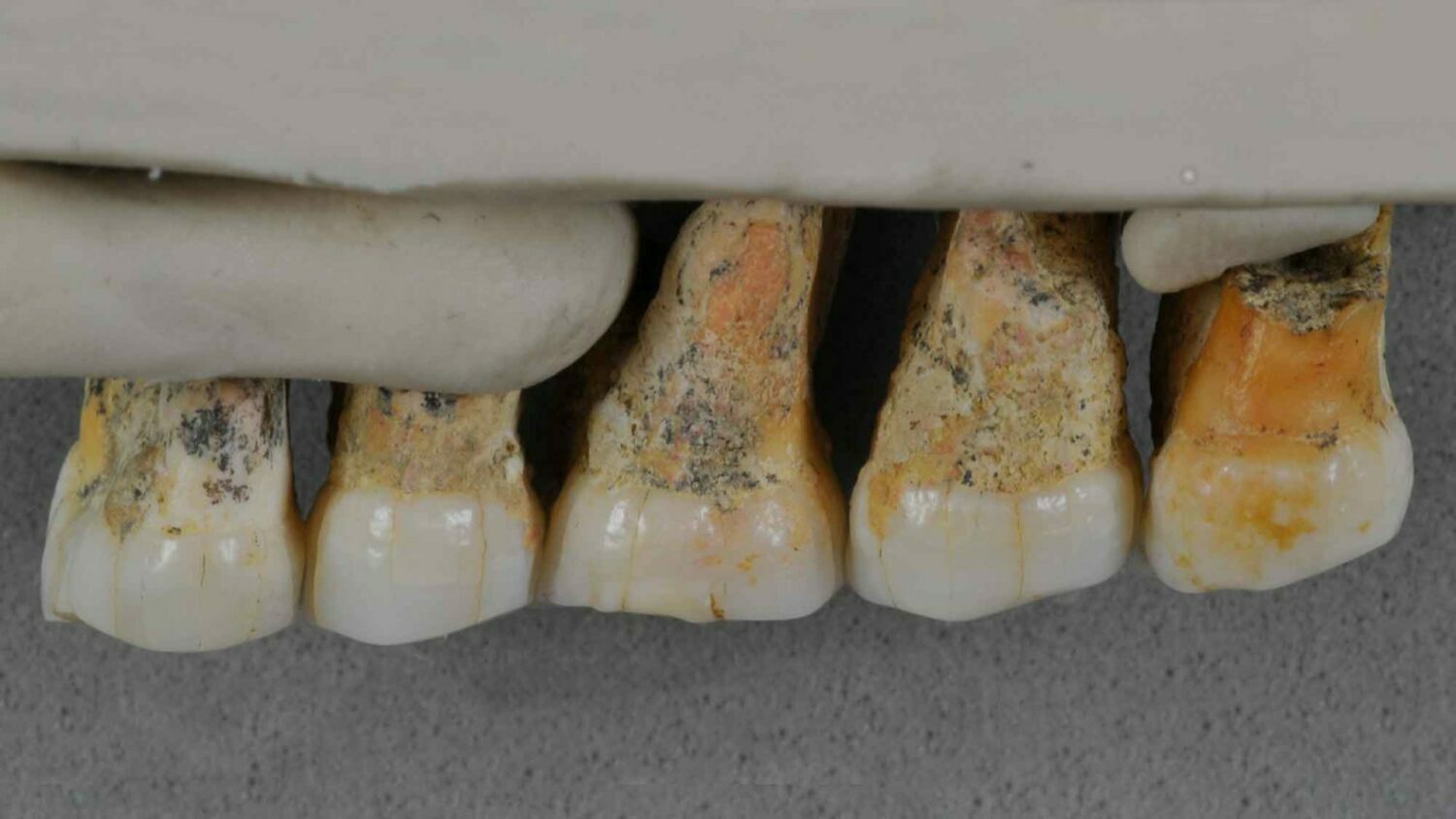 The researchers uncovered the remains of at least two adults and one juvenile within the same archaeological deposits. Some of the newly discovered fossils share similar features with other species in our genus Homo. “The fossil remains included adult finger and toe bones, as well as teeth. We also recovered a child’s femur. There are some really interesting features – for example, “the teeth are really small,” says lead author Philip Piper from The Australian National University.

In shape and size, some of the fossils match those of corresponding bones from other Homo species.

“The size of the teeth generally, though not always, reflect the overall body-size of a mammal, so we think Homo luzonensis was probably relatively small. Exactly how small we don’t know yet. We would need to find some skeletal elements from which we could measure body-size more precisely,” says Piper. 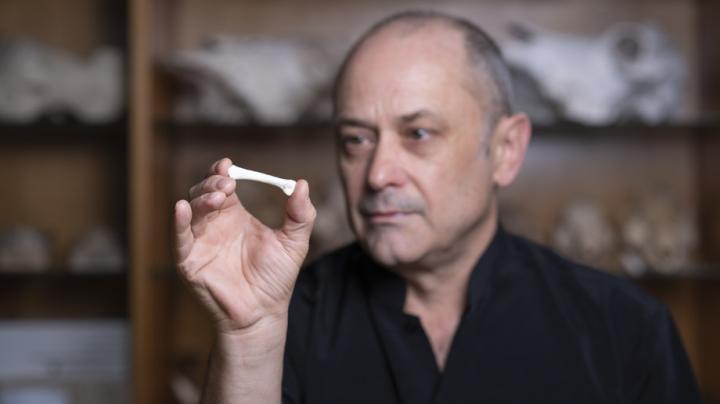 Professor Philip Piper from the ANU School of Archaeology and Anthropology inspects the cast of a hominin third metatarsal discovered in 2007. The bone is from a new species of hominin.
Photo credit: Lannon Harley, ANU.

“It’s quite incredible, the extremities, that is the hand and feet bones are remarkably Australopithecine-like. The Australopithecines last walked the earth in Africa about 2 million years ago and are considered to be the ancestors of the Homo group, which includes modern humans. So, the question is whether some of these features evolved as adaptations to island life, or whether they are anatomical traits passed down to Homo luzonensis from their ancestors over the preceding 2 million years.”

While there are still plenty of questions around the origins of Homo luzonensis, and their longevity on the island of Luzon, recent excavations near Callao Cave produced evidence of a butchered rhinoceros and stone tools dating to around 700,000 years ago.

“No hominin fossils were recovered, but this does provide a timeframe for a hominin presence on Luzon. Whether it was Homo luzonensis butchering and eating the rhinoceros remains to be seen,” says Piper.

“It makes the whole region really significant. The Philippines is made up of a group of large islands that have been separated long enough to have potentially facilitated archipelago speciation. There is no reason why archaeological research in the Philippines couldn’t discover several species of hominin. It’s probably just a matter of time.”

Homo luzonensis shares some unique skeletal features with the famous Homo floresiensis or ‘the hobbit’, discovered on the island of Flores to the south east of the Philippine archipelago.

In addition, stone tools dating to around 200,000 years ago have been found on the island of Sulawesi, meaning that ancient hominins potentially inhabited many of the large islands of Southeast Asia.

If you are a paleoanthropologist or paleoanthropology student from East or Southeast Asia, please apply for our Baldwin Fellowship funded by the National Geographic Society. Click here for more information.