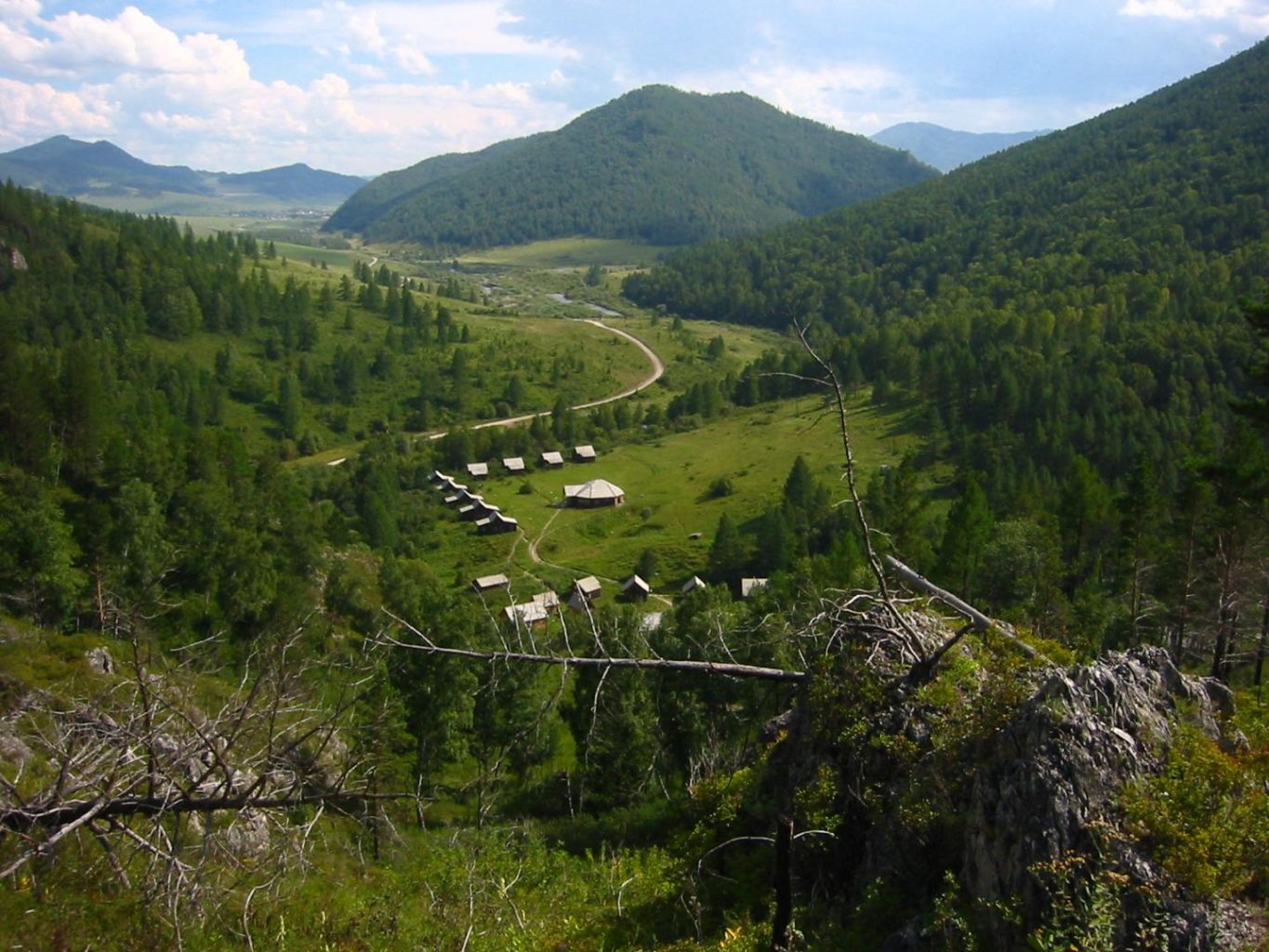 This is a view of the valley from above the Denisova Cave archaeological site, Russia. Photo: Bence Viola, Max Planck Institute for Evolutionary Anthropology.

Together with their sister group the Neanderthals, Denisovans are the closest extinct relatives of currently living humans. “We knew from previous studies that Neanderthals and Denisovans must have occasionally had children together,” says Viviane Slon, a researcher at the Max Planck Institute for Evolutionary Anthropology (MPI-EVA) in Leipzig, Germany, and one of three first authors of a new study published in Nature on August 22. “But I never thought we would be so lucky as to find an actual offspring of the two groups.” 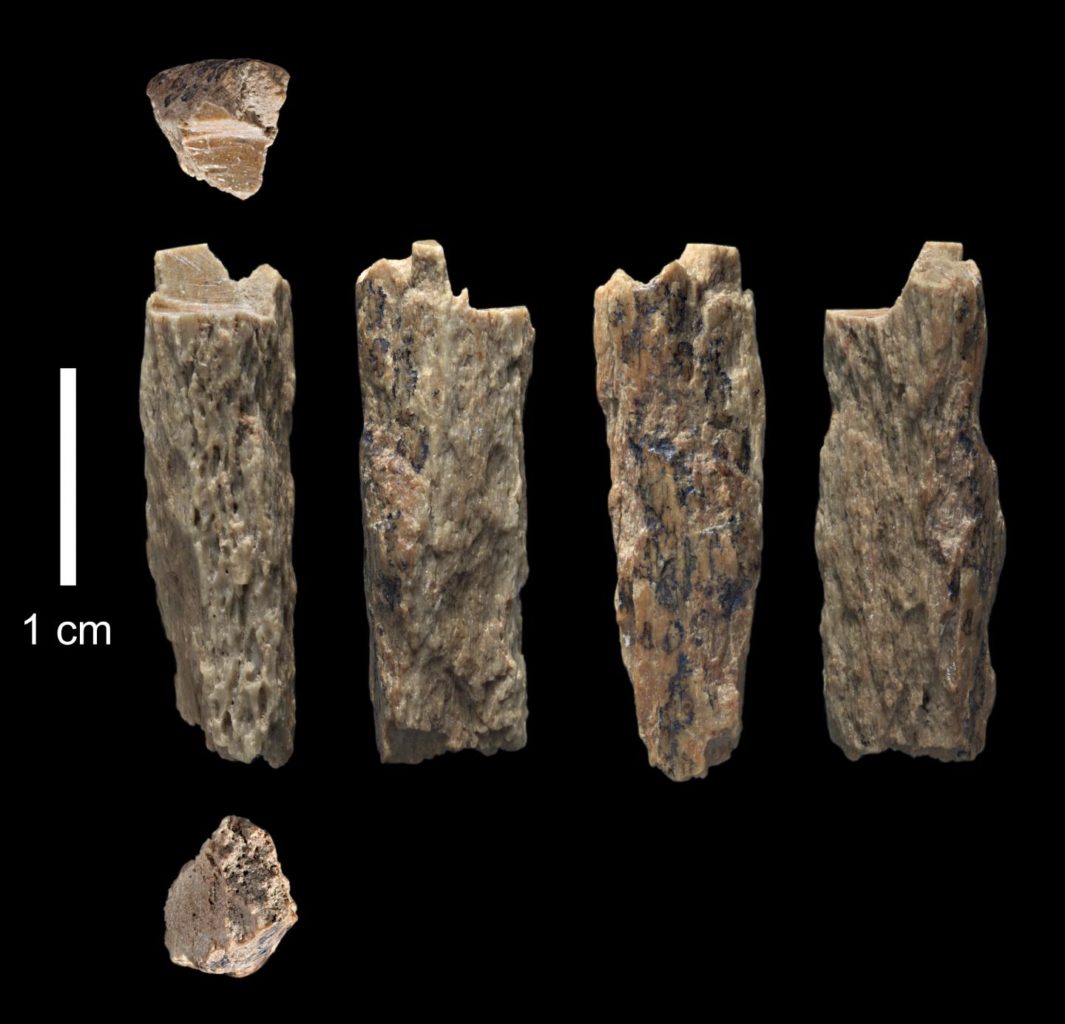 This bone fragment (‘Denisova 11’) was found in 2012 at Denisova Cave in Russia by Russian archaeologists and represents the daughter of a Neanderthal mother and a Denisovan father. Photo: T. Higham, University of Oxford.

The ancient individual is only represented by a single small bone fragment. “The fragment is part of a long bone, and we can estimate that this individual was at least 13 years old,” says Leakey Foundation grantee Bence Viola of the University of Toronto. The bone fragment was found in 2012 at Denisova Cave (Russia) by Russian archaeologists. It was brought to Leipzig for genetic analyses after it was identified as a hominin bone based on its protein composition.

“An interesting aspect of this genome is that it allows us to learn things about two populations – the Neanderthals from the mother’s side, and the Denisovans from the father’s side,” explains Fabrizio Mafessoni from the MPI-EVA who co-authored the study. The researchers determined that the mother was genetically closer to Neanderthals who lived in western Europe than to a Neanderthal individual that lived earlier in Denisova Cave. This shows that Neanderthals migrated between western and eastern Eurasia tens of thousands of years before their disappearance.

Analyses of the genome also revealed that the Denisovan father had at least one Neandertal ancestor further back in his family tree. “So from this single genome, we are able to detect multiple instances of interactions between Neanderthals and Denisovans,” says Benjamin Vernot from the MPI-EVA, the third co-author of the study.

“It is striking that we find this Neanderthal/Denisovan child among the handful of ancient individuals whose genomes have been sequenced,” adds Svante Pääbo, Director of the Department of Evolutionary Genetics at the MPI-EVA and lead author of the study. “Neanderthals and Denisovans may not have had many opportunities to meet. But when they did, they must have mated frequently – much more so than we previously thought.”

The genome of the offspring of a Neandertal mother and a Denisovan father, Nature, 22 August 2018 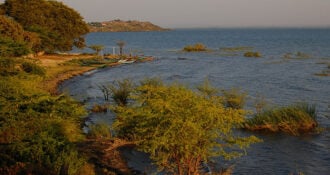 Journal Article
Global climate change could cause Africa’s Lake Victoria, the world’s largest tropical lake and source of the Nile River, to dry up in the next 500 years, according to new findings funded in part by The Leakey Foundation. Even more imminent, the White Nile — one of the two main tributaries of the Nile — could lose its source waters in just a decade.
« Enigmatic Fossils Rewrite Story of When Lemurs Got to Madagascar
Mother’s Milk Holds Key to Unlocking an Evolutionary Mystery From the Last Ice Age »
« BACK TO BLOG