As biologists explore the variation across the genomes of living people, they’ve found evidence of evolution at work. Particular variants of genes increase or decrease in populations through time. Sometimes this happens by chance. Other times these changes in frequency result from the gene’s helping or hindering individuals’ survival, a phenomenon known as selection. If a gene conferred a survival advantage, people with the mutation would have more offspring and the mutation would become more common in subsequent generations.

Most of those past episodes of selection make sense, as they worked on genes involved with things like resisting disease, blood oxygen levels at high altitudes, and having paler skin at northern latitudes.

However, researchers have also identified an episode of strong selection that doesn’t have such an obvious logic. It’s a mutation on a gene involved with the development of a suite of traits that don’t seem very similar at first glance: hair, teeth, sweat glands and breasts. This one was a mystery — what could have been the adaptive value of this mutation that led to it being common in northeastern Asia but nowhere else?

My research usually focuses on teeth, specifically genetic influences on their development. I came to this particular evolution puzzle when my colleagues and I gathered in Boston at the AAAS meeting last year to discuss the latest evidence of how people first migrated into the Western Hemisphere. We put together the clues about this episode of selection on human genetic variation – and found an example of adaptation to life at high latitude during the last ice age.

Natural selection … of what?

We were trying to understand selection for a mutation in the gene called EDAR – it encodes the ectodysplasin A receptor that plays a role in how tightly cells adhere to each other during the development of hair, teeth, sweat glands and breasts. All of these anatomical structures form via a very similar developmental process that happens while you’re still in your mother’s womb. Slight changes to the developmental mechanism results in the final differences between hair and teeth and sweat and mammary glands. But there is a fundamental similarity that, among other things, includes the activity of EDAR.

This shared development is especially obvious when things go wrong. For example, 1 in 10,000 newborns have a disorder called ectodermal dysplasia, which causes disruption to the development of their hair, teeth, skin, sweat glands and breasts.

The V370A mutation that we focused on, the one that experienced strong selection, doesn’t disrupt development of these structures; rather, it augments them. People with V370A have thicker and straighter hair shafts, and their incisors have extra buttressing on the tongue side – a feature biologists call “shoveling.”

So why did this mutation provide such an advantage to people who carried it? Mice that have been experimentally induced to have the V370A mutation have thicker fur shafts and increased density of sweat glands. A previous study of modern human genomic variation interpreted the selection to have occurred in northern China during the last ice age and focused on the sweat glands. The researchers suggested that the selection was for improved sweating that could help with regulating body temperature. But to my colleagues and me, that just didn’t feel like a convincing adaptive scenario given that this took place during the (cold) ice age.

Instead of the sweat glands, our attention was drawn to another trait. Mice with the V370A mutation also have an increase in the branching of their mammary ducts – the tiny tubes that intertwine with breast tissue and extract nutrients to make milk. Maybe it was this change in the breast tissue that was so valuable to people with this mutation?

Rather than trying to sample DNA from thousands of ancient people’s remains to see if they carried the mutation, we took advantage of the effect V370A has on human incisors. Relying on data collected over many years by my colleague G. Richard Scott from the University of Nevada, Reno, our group looked at the dental variation of over 5,000 skeletons from archaeological sites in Europe, Asia and the Americas to get a sense of how this mutation varied through time.

This pattern suggests that a population ancestral to Native Americans experienced the strong selection for V370A, an interpretation that differed from what my colleagues found when they only looked at genomic variation in living people. Using these ancient teeth, we were able to figure out when and where the selection happened. The next question we needed to address was why this selection occurred. What was going on to make this mutation so helpful and thus so much more prevalent? 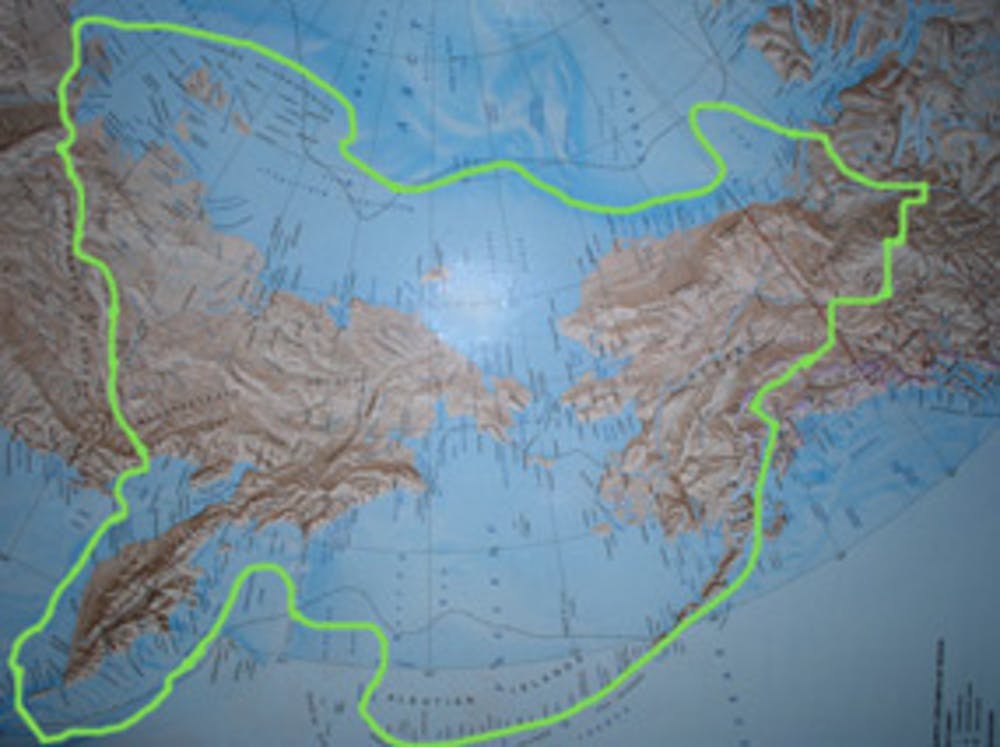 Previous genetic work found that Native Americans descend from a common ancestral population that lived in Beringia, the region that links Siberia and Alaska. During the dramatic climate change associated with the last ice age 28,000 to 18,000 years ago, plants and animals that had previously lived in Siberia took refuge in a circumscribed area called the Beringian Refugium. For about 5,000 years, they were genetically isolated from other populations because of a vast dry tundra to the west and a lot of ice to the east. The people who found haven there too are referred to as the Beringian Standstill population.

It’s not easy to live that far north. Sure, it’s cold. But more importantly, at high latitudes, the sun is lower in the sky so sunlight must travel through more atmosphere to reach Earth’s surface. This journey through the atmosphere mostly filters out the Sun’s ultraviolet radiation. Most life forms need sun exposure to be healthy, in large part because UV exposure induces the body to make vitamin D.

Lighter skin tones let in more UV and have been selected for multiple times in human history. But once you get to the Arctic, skin depigmentation alone won’t suffice. In order to live with so little UV, people have culturally innovated, eating diets rich in vitamin D, such as oily fish. But nursing infants don’t eat these foods. Babies get their nutrients through their mother’s milk.

This is where our EDAR gene comes back into the picture. The V370A mutation in mice increases the branching density of the mammary ducts, and very likely does the same exact thing in human breasts. Scientists know that vitamin D deficient conditions induce more ductal branching during the breast development that happens with pregnancy. All of the evidence suggests that the increased ductal branching associated with V370A helped transfer nutrients from mother to infant through breast milk in a population that was extremely vitamin D deficient.

So the selection wasn’t for thicker hair or shovel-shaped incisors – instead, it was much more likely to have been on mammary ducts. The thicker hair and tooth variation just went along for the ride because they are created by the same basic developmental pathway. Selection on genetic variation in EDAR is probably related to health consequences for nursing infants rather than its effects on hair, teeth or sweat glands.

Once the Earth started warming up at the end of the last ice age, those ice sheets started to melt, sea level rose and global climate became more humid. The people living in Beringia needed to move again. Some went east, populating the Western Hemisphere rapidly and extensively. Some went west, merging back into populations that were living in northern and eastern Asia. Scientists see traces of this migration today. The occurrence of incisor shoveling decreases as you move away from the Arctic, there is evidence of a long-lost language, and some of those Beringian Standstill mitochondrial DNA mutations can be found in Asian populations.

Today, everyone with shovel-shaped incisors carries a little remnant of this ephemeral population with them and a reminder of the importance of the maternal-infant bond to human survival.

But they also have the other effects of the V370A mutation. The increase in mammary ductal branching seems likely to influence the transfer of nutrients from breast tissue into milk. It may also play a role in susceptibility to breast cancer, given that breast density differs between Asian and non-Asian women as does the occurrence of breast cancer, a relationship that matches the distribution of V370A around the world today.

These ideas present exciting hypotheses to test in future studies. For now, our research shows that the bones of our ancestors can provide evidence of human adaptation, evidence that shifts our understanding of how genes work.

This article was originally published on The Conversation. Read the original article.