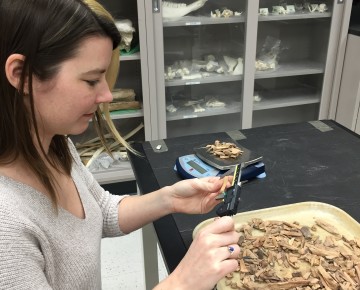 Jamie Clark works on fauna from Mughr el-Hamamah (Jordan) in the Zooarchaeology Lab at the University of Alaska Fairbanks.

Understanding the reasons behind the success and spread of our species (Homo sapiens sapiens) relative to archaic humans such as the Neanderthals is a major focus of research within paleoanthropology.  A significant amount of research has centered on the Levant due to its potential as a corridor for population expansion out of Africa. Not only does the region preserve a number of sites associated with the Early Upper Paleolithic (EUP; presumably produced by modern humans), but it also preserves a rich record of Neanderthal occupation. The site of Mughr el-Hamamah (MHM, Jordan) is one of only a few sites in the southern Levant that both dates to the initial stages of the Early Upper Paleolithic (EUP; 45-39 ka cal BP) and has extensive faunal preservation. The site thus offers a unique opportunity to explore questions relating to human subsistence and landscape use during a critical period in the later expansion of our species from Africa into Eurasia. 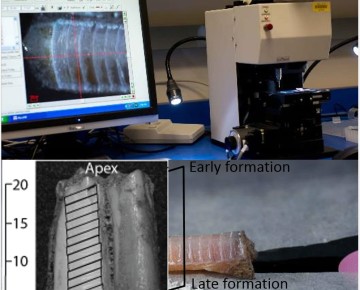 Our project has two primary components: zooarchaeological analysis (to be conducted by Jamie Clark) and isotopic analysis (to be conducted by Gideon Hartman, co-PI). Zooarchaeological work will focus on the analysis of the large assemblage of identifiable bones (~11,000 specimens). Stable isotope work will focus on the analysis of carbon and oxygen isotopic data deriving from the tooth enamel from two key prey species: gazelle and fallow deer. We will combine these datasets in order to address three distinct issues: First, to explore the hypothesis that EUP populations had a wider diet breadth than their Middle Paleolithic (MP) counterparts. Second, to reconstruct environmental conditions in the eastern Jordan Valley. Finally, we will develop a model of landscape use and subsistence strategies that will provide a baseline for comparison with sites that pre- and post-date the EUP, allowing for new insights into variation in the adaptive strategies of MP and UP populations in the region. 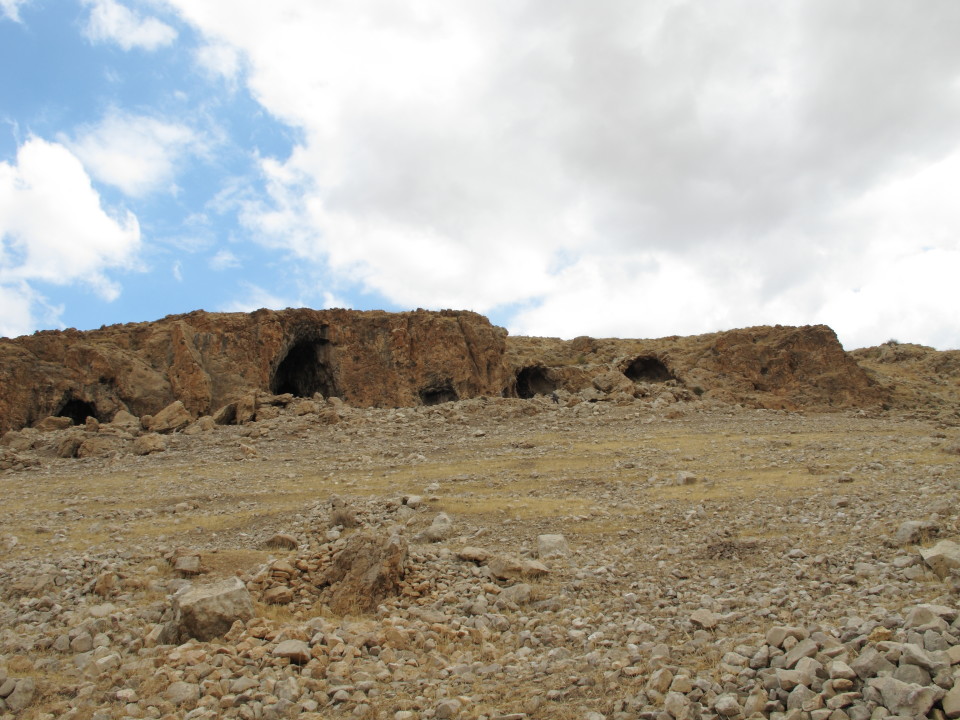 Photograph of the Early Upper Paleolithic site of Mughr el-Hamamah (the site is the second cave from the left). Photo courtesy of Aaron Stutz.