Ekwoge Abwe was awarded a Leakey Foundation research grant during our spring 2016 cycle for his project entitled “Behavioral diversity with genetic and ecological variation in chimpanzees, Cameroon.” Here he gives us a summary of his project. 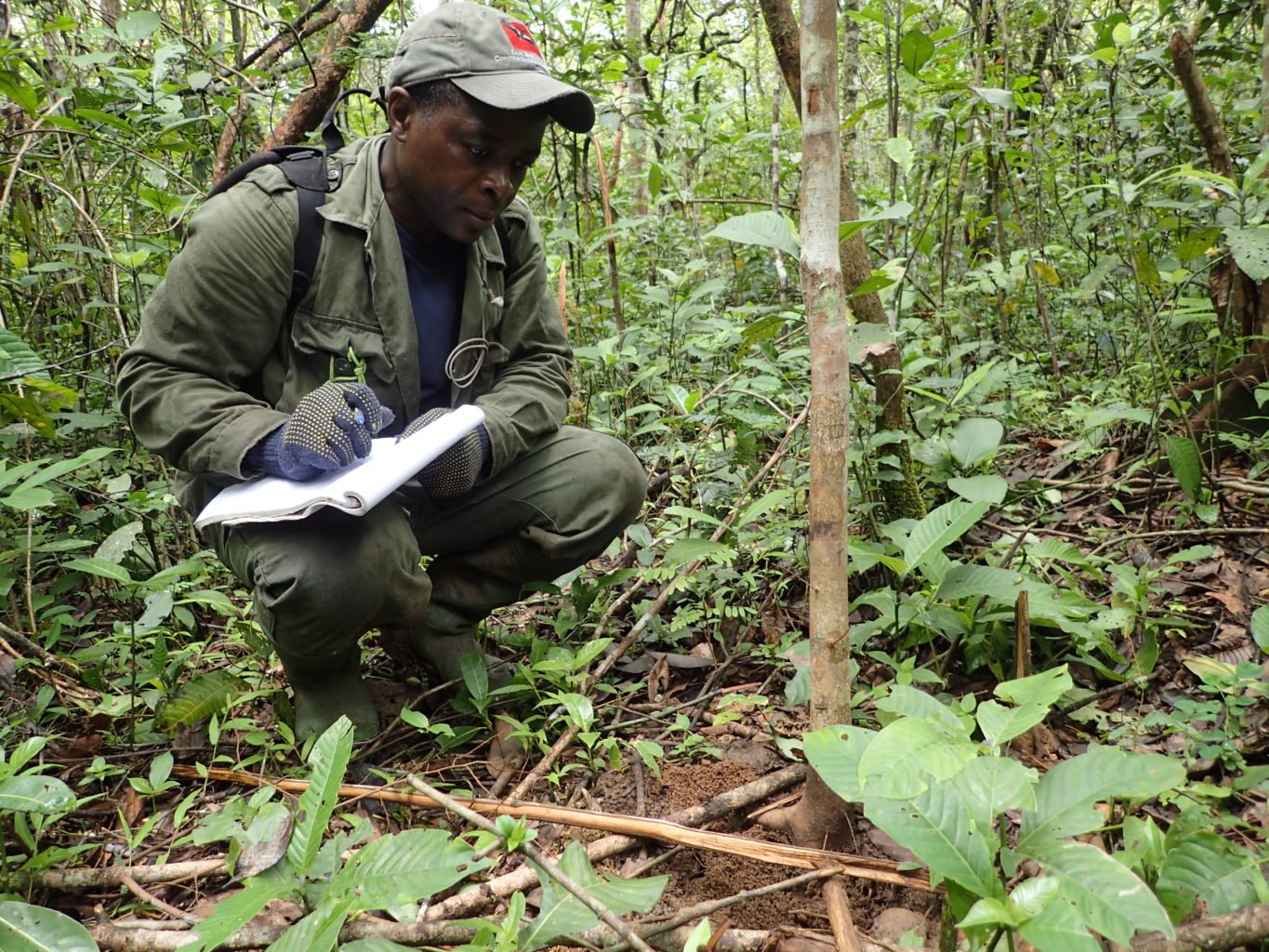 Chimpanzees exhibit broad genetic, behavioral and ecological diversity, and exploit a wide range of habitats. Cameroon provides a natural laboratory to examine this variation given that it harbors two chimpanzee subspecies – Pan troglodytes troglodytes and Pan troglodytes ellioti – and is the boundary of the two major chimpanzee groupings (the western group and the central/eastern group).

Pan troglodytes troglodytes occurs in southern Cameroon south of the Sanaga River and Pan troglodytes ellioti occurs in western and northern Cameroon north of the Sanaga.  P. t.  ellioti can be further subdivided into two distinctive gene pools: a population in the forests of western Cameroon (P. t. ellioti – rainforest) and a population in forest-woodland mosaic of central Cameroon (P. t. ellioti – ecotone).  This differentiation makes P. t. ellioti an ideal candidate for examining if and how environmentally-associated genetic variation contributes to differences in the behavioral ecology and community structure of chimpanzees.

This project seeks to determine spatio-temporal variation in rainforest and the forest-woodland mosaic and to learn how this affects chimpanzee behavioral ecology and community structure across genetically distinct chimpanzee populations. The results will be important for conserving diversity in the most endangered and least studied chimpanzee subspecies. Samples collected for this project will serve as important sources for a range of complementary studies that examine the natural history of chimpanzees from a variety of perspectives including next-generation SNP genotyping, microbiome analysis, and pathogen natural history and transmission.

Grantee Spotlight
Shasta Webb is a 2020 Leakey Foundation grantee whose research focuses on primate flexibility in dynamic environments. Her field work is on hold due to COVID-19 so she is focused on analyzing her large microbiome dataset.
SEE MORE

Grantee Spotlight
Hailay Reda is a two-time Leakey Foundation Baldwin Fellow from Ethiopia. He is a PhD candidate at the University of Oregon. He has also been awarded a Leakey Foundation research grant for his project entitled "Reconstructing the paleoecology of Woranso-Mille hominins using cercopithecids."