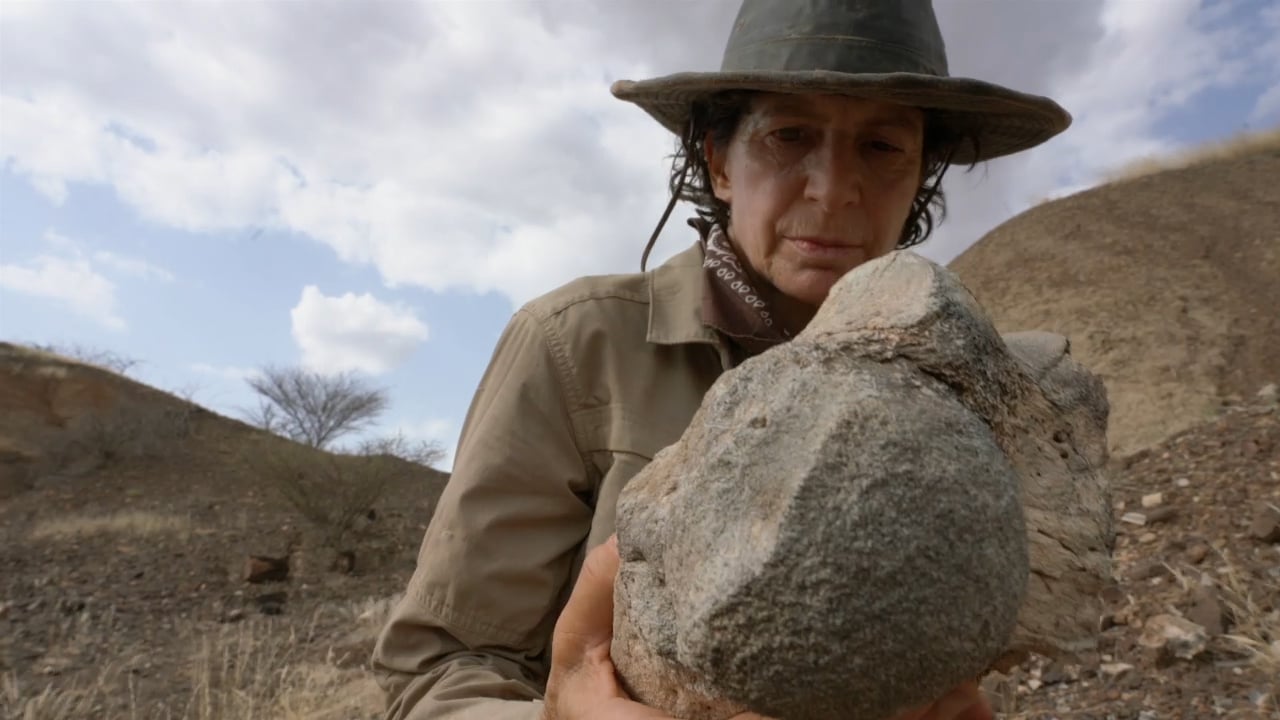 Miller is among several scientists from around the world featured in the two-hour film, created in a first-ever partnership between PBS and Smithsonian Channel. Using innovative storytelling techniques including 3D graphics and CGI, the film traces the evolutionary origins of crocodiles, birds, whales, and elephants.

Narrated by actor Lee Pace (Guardians of the Galaxy, The Hobbit, Captain Marvel), the film premieres Wednesday, June 19 at 9 pm (check local listings) on both PBS and Smithsonian Channel and will also be available for simultaneous streaming on PBS.org. 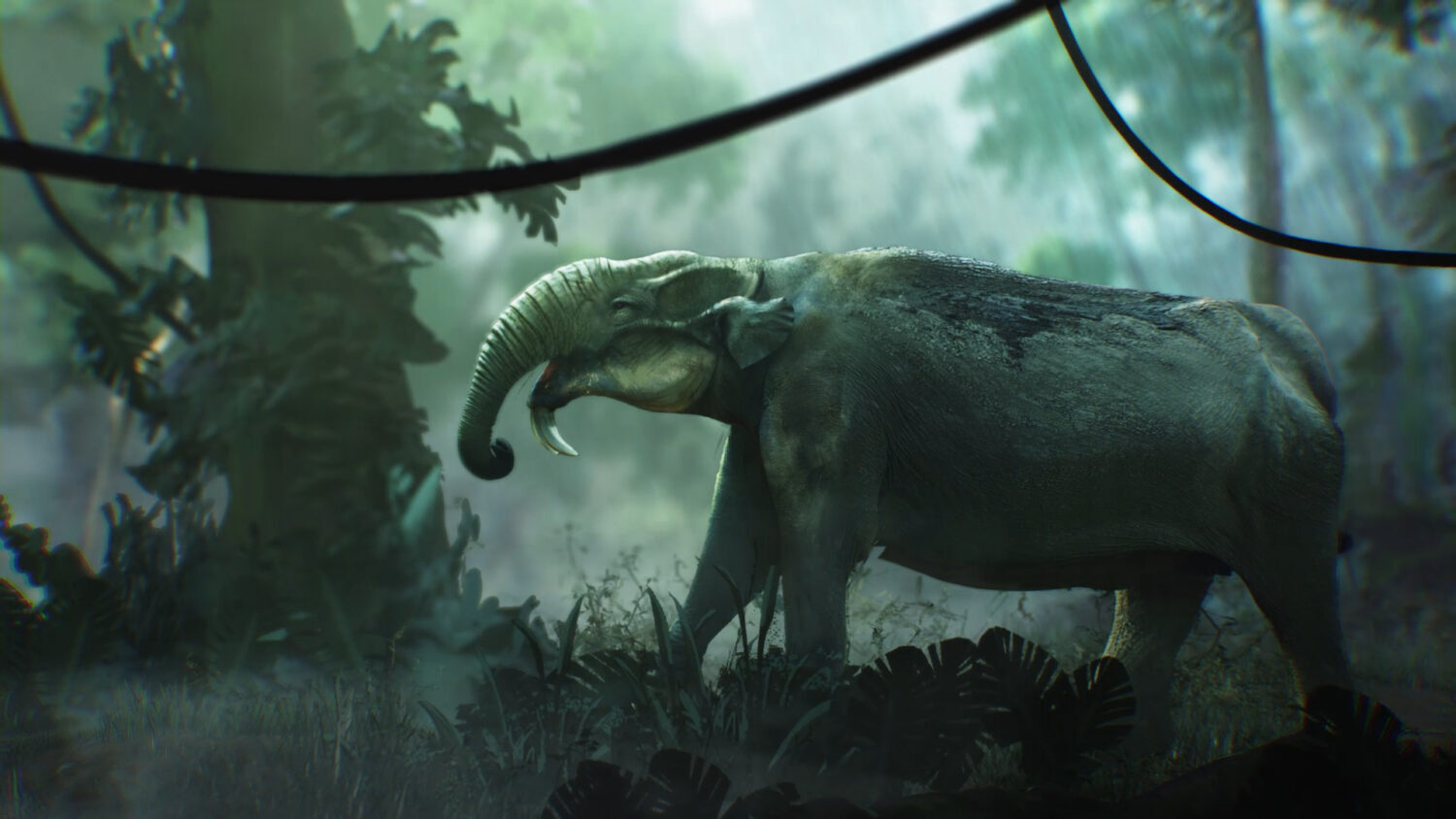 Found in the Turkana Basin, fossils of Deinotheres reveal a primitive elephant, estimated to be 1/3 the size of a modern-day elephant. Image courtesy of Twin Cities PBS.

Unlocking the secrets of elephant evolution

Referred to as “a sort of Jurassic Park of elephants” in the film, the Turkana Basin field site at Buluk, Kenya, is close to the Ethiopian border and among the hottest, driest places on earth. When Miller discovered prehistoric elephant teeth and jawbones at the site, she contacted her friend and colleague William Sanders, an elephant evolution specialist from the University of Michigan, who is also featured in the film. In a space less than half the size of a football field, Miller and her colleagues found fossils from at least five different ancient elephant species.

“Something about how our site was formed has captured more diversity than other places,” Miller said. “Sixteen million years ago, this would have been a woodland with big rivers running through it, and a whole host of different kinds of elephants lived here. One species would have been less than half the size of a modern elephant and would have been snuffling along the riverbank because it liked a wet and closed environment.”

Miller described other species found at the site: “We also have the remains of elephants nicknamed “shovel tuskers” because the ends of their tusks were broad and flat, like shovels, and the wear patterns on the tusks tells us they were using them like scoops. Another big surprise was a new member of the family that later gives rise to mammoths.” 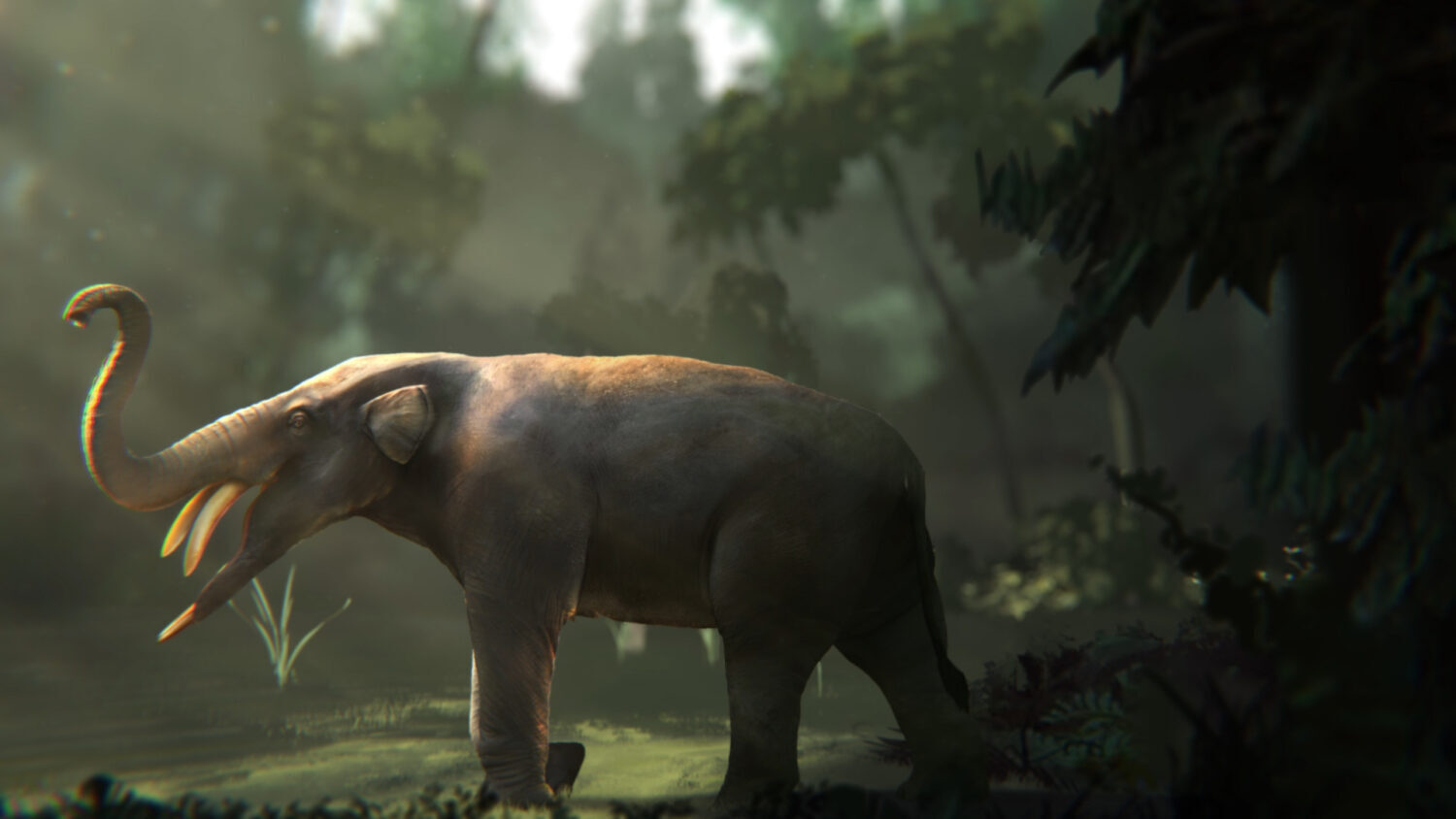 Found in the Turkana Basin, the fossils of Amelbelodon reveal an ancestor of modern-day elephants, who used their shovel-shaped tusks to scoop up their food. Image courtesy of Twin Cities PBS.

“This kind of evolutionary diversity all in one place is breathtaking.”

As a paleoanthropologist and field researcher, Miller has spent decades studying the fossil evidence for primate and human evolution. Her work includes heading expeditions to the Turkana Basin in search of Miocene fossil animals. Her research contributes to the understanding of the divergence of monkeys and apes and the evolution of modern African mammals. Miller recently worked with an international team of researchers who discovered a 13 million-year-old fossil ape skull that sheds light on ape ancestry (Nature, 2017), and the most primitive known monkey (Proceedings of the National Academy of Sciences, 2019). She was also part of the team that discovered a 19-million-year-old swamp-dwelling creature with large, sensitive lips that she named after Mick Jagger, the front man for the Rolling Stones.

Click here to watch a preview about the evolution of elephants from “When Whales Walked: Journeys in Deep Time.”

“When Whales Walked: Journeys in Deep Time” is a major initiative in collaboration with the Smithsonian’s National Museum of Natural History, which opened the David H. Koch Hall of Fossils – Deep Time on June 8. The project features an extensive educational outreach program produced by the National Museum of Natural History and shared with affiliated science museums around the country. Major funding for “When Whales Walked” is provided by The National Science Foundation and The Arthur Vining Davis Foundations. The film was produced by Twin Cities PBS and Shining Red Productions for PBS and Smithsonian Channel.

Journal Article, In the News
Leakey Foundation grantee Dr. Yohannes Haile-Selassie and his team of researchers have discovered a "remarkably complete" cranium of a 3.8-million-year-old early human ancestor from the Woranso-Mille paleontological site, located in the Afar region of Ethiopia.
« National Parks Could Save Endangered Species
A 3.8-Million-Year-Old Fossil From Ethiopia Reveals the Face of Lucy’s Ancestor »
« BACK TO BLOG