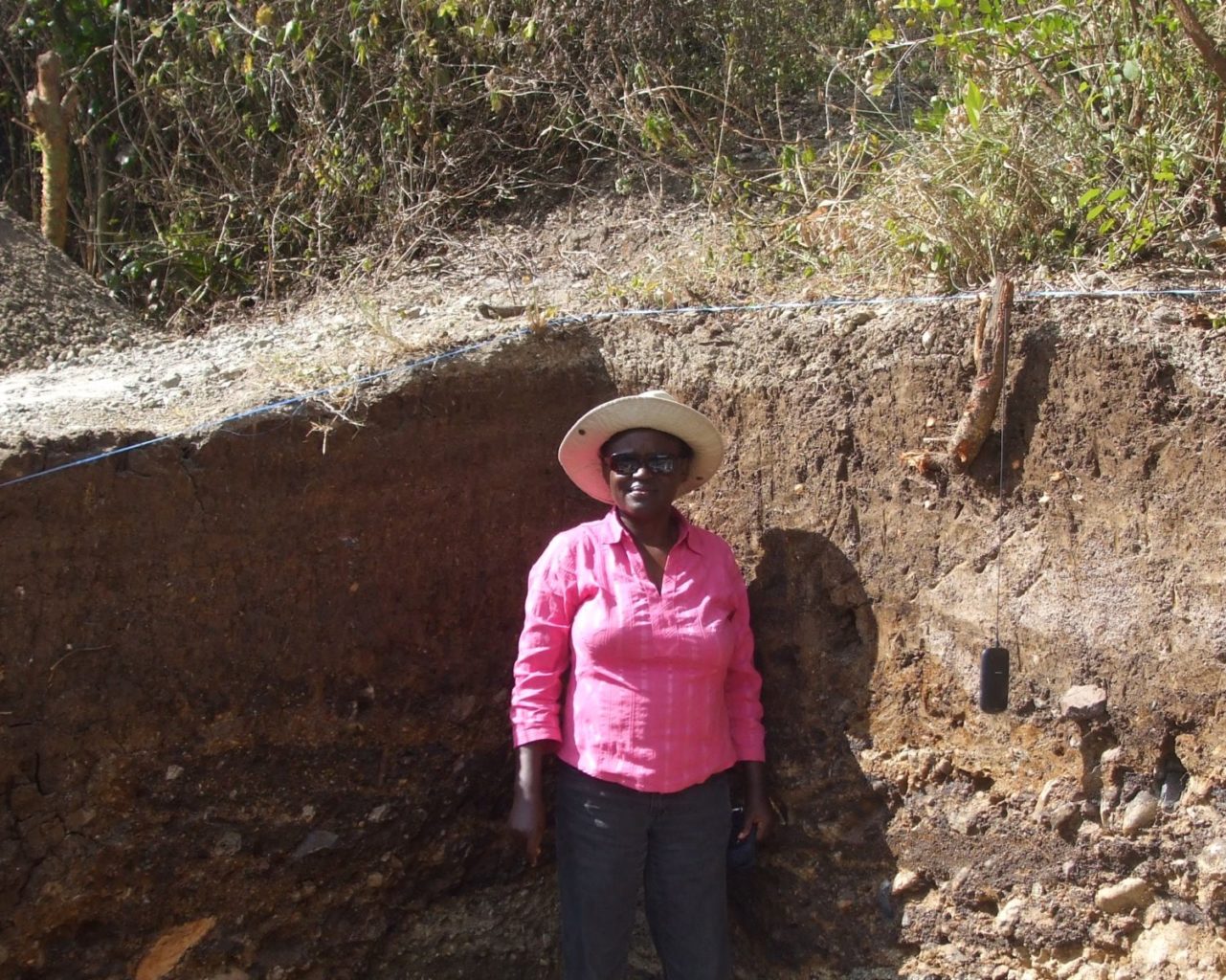 Leakey Foundation grantee Emma Mbua at the Kantis Fossil Site (KFS), a 3.5 million-year-old paleontological site on the outskirts of Nairobi city in Kenya.

For the last seven years, I have been involved in research at Kantis Fossil Site (KFS), a new paleontological site on the outskirts of Nairobi city in Kenya. KFS is dated to 3.5 million years and lies on banks of a seasonal river known as Kantis river, situated on a privately owned farm. The site is located on eastern arm of the Rift Valley (01.39077 S, 36.72365 E), with an elevation of 1746 meters above sea level.  Although the presence of bone bed was noted in the geological survey of the Nairobi area in 1991, no systematic research had been conducted in this area prior to 2009. At the time of reporting the site, the farm owner noted his family first saw fossilized bones valley in the mid-1970’s, but at that time the importance of the fossils as part of our national heritage was not appreciated in Kenya. It was not until the media in Kenya initiated television programs related to paleontological research that local Kenyans began to acquire knowledge on the importance of fossils. As a result, KFS and several other sites have since been identified through notifications from the local populace. 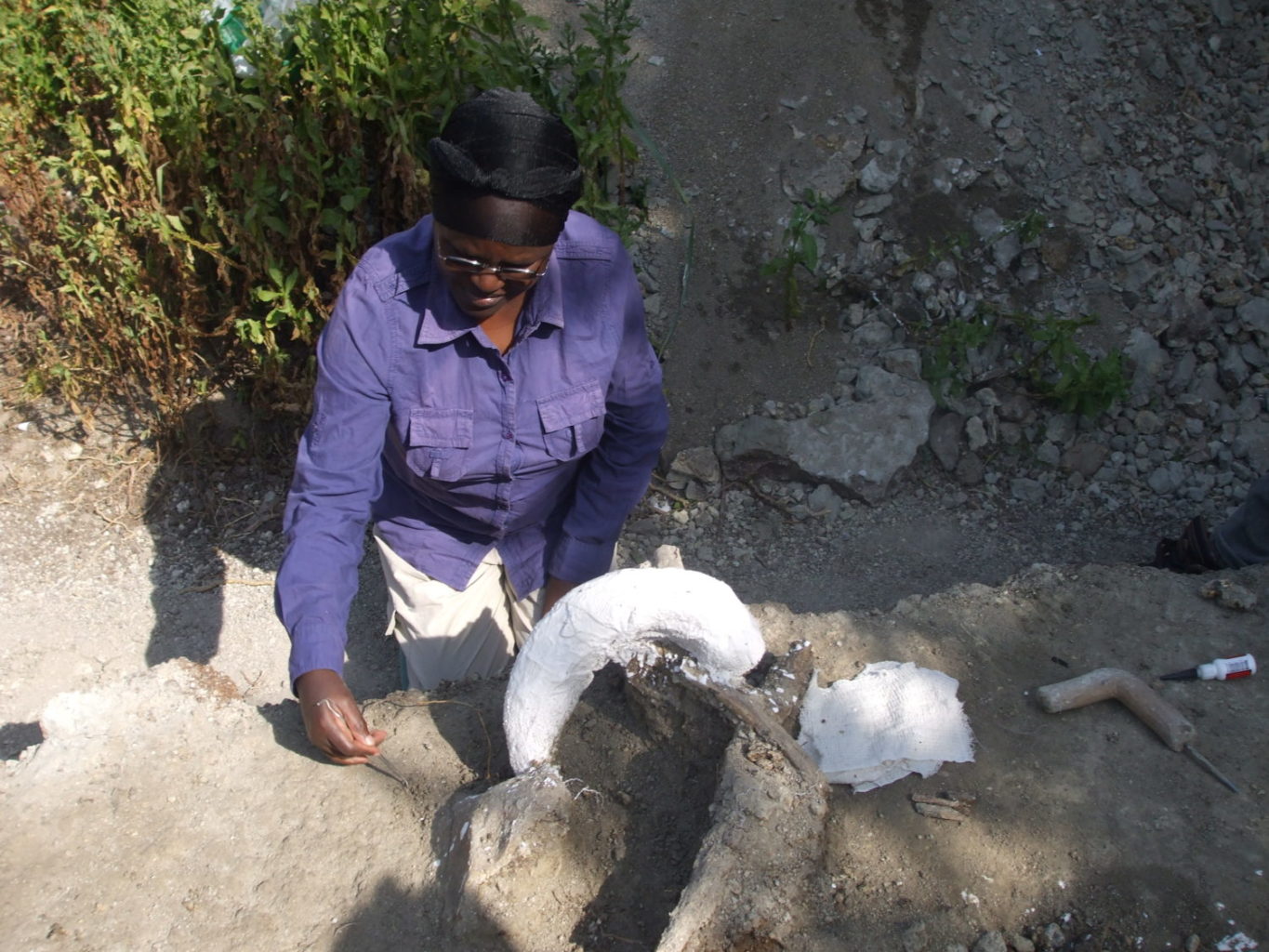 Until now, the site has yielded abundant fossils, which include twenty-nine groups of extinct animals including an early human species classified as Australopithecus afarensis. This species was previously known from sites in Ethiopia and Tanzania and believed to be adapted to a wide variety of habitats ranging from open grasslands to woodland. However, the Kantis extinct fauna indicates an environment with well-balanced moisture and less wood cover. The discovery of A. afarensis at KFS is the first undisputed evidence in Kenya and an indication that early humans extended their home ranges to the Rift Valley escarpments. Importantly, this time period is also poorly represented in the Kenyan fossil record. As a result, the new information from KFS will expand our knowledge of Kenyan early humans and faunal evolution. In addition, KFS will provide a much-needed datum for comparison with early human sites in Ethiopia and Tanzania. 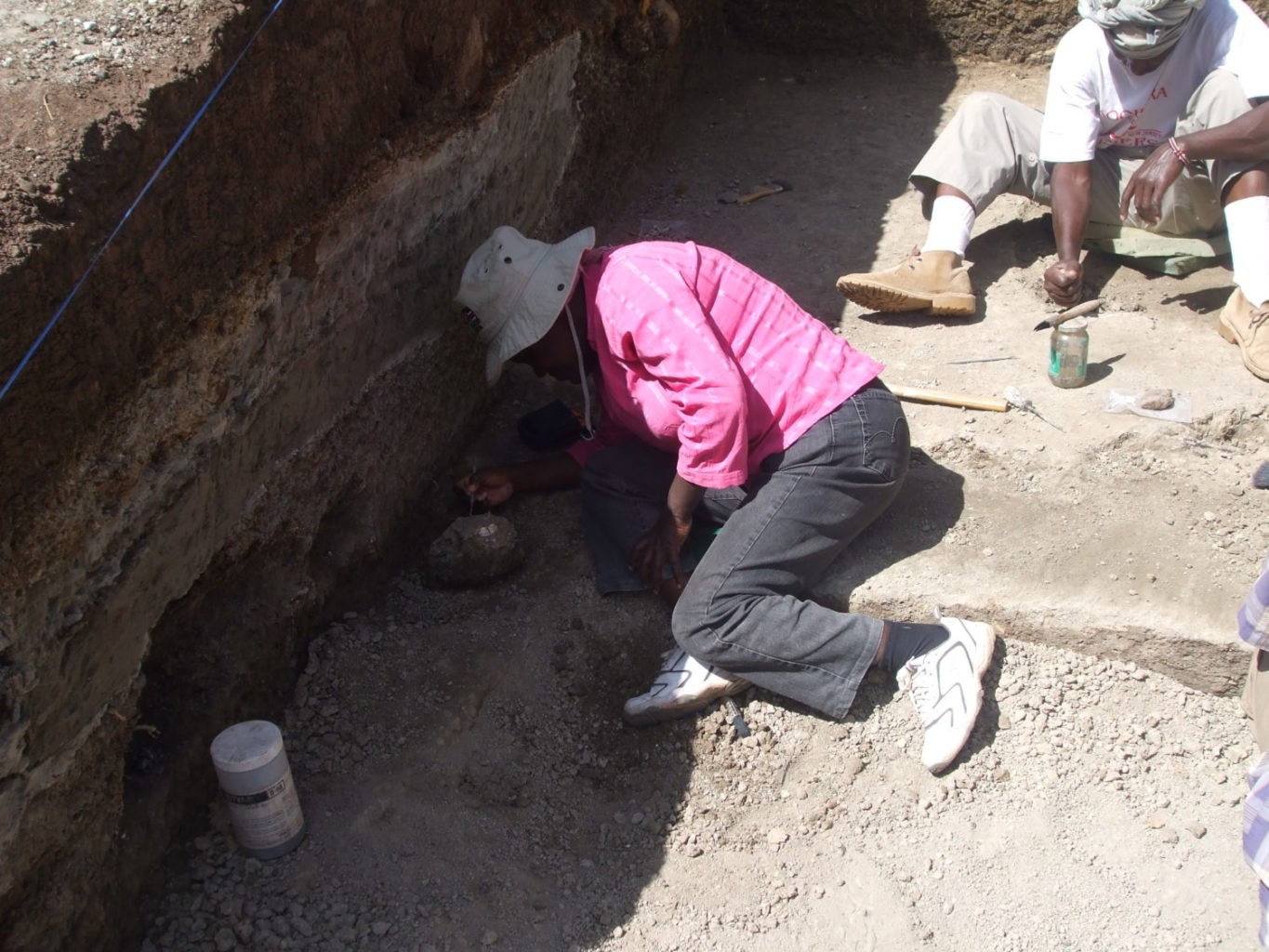 Although Kenya is endowed with many paleontological and archeological sites, the ordinary people do not fully accept and appreciate the importance of this heritage. KFS presents a site in close proximity to Nairobi city and offers the potential for introduction of prehistory information to Kenyan populace particularly the students. Such information would stir interests into preservation and conservation of Kenyan sites and fossil heritage. In addition, students would be exposed to excavation techniques and skills into the recovery of fossils. This would further stimulate interest among young Kenyans to venture into prehistory studies, a discipline poorly understood in Kenyan despite the existence of world-renowned fossil sites. The proximity of the KFS to Nairobi city coupled with recent discovery of early humans is envisaged to attract both local and international tourists to the site, hence promoting the country’s tourism.