Amy Scott is a PhD candidate at Boston University where she is currently conducting her fieldwork in Gunung Palung National Park, studying reproductive strategies of male and female orangutans. She was awarded a Leakey Foundation Research Grant in our fall 2018 cycle for her project entitled “Sexual conflict and sexual selection in Bornean orangutan reproductive strategies.”

For many species, male and female reproductive strategies are often in conflict with each other, sometimes referred to as the ‘evolutionary arm’s race’. These reproductive strategies are in conflict because reproduction requires different costs (time and energy investments) for males than for females. Female orangutans invest an average of 7.6 years (the longest of any primate) into each offspring before they have another offspring; however, orangutans are semi-solitary, so male orangutans do not provide any paternal care. Such inequality in parental investment in offspring amplifies the potential for conflict and makes orangutans an ideal species to study sexual conflict. 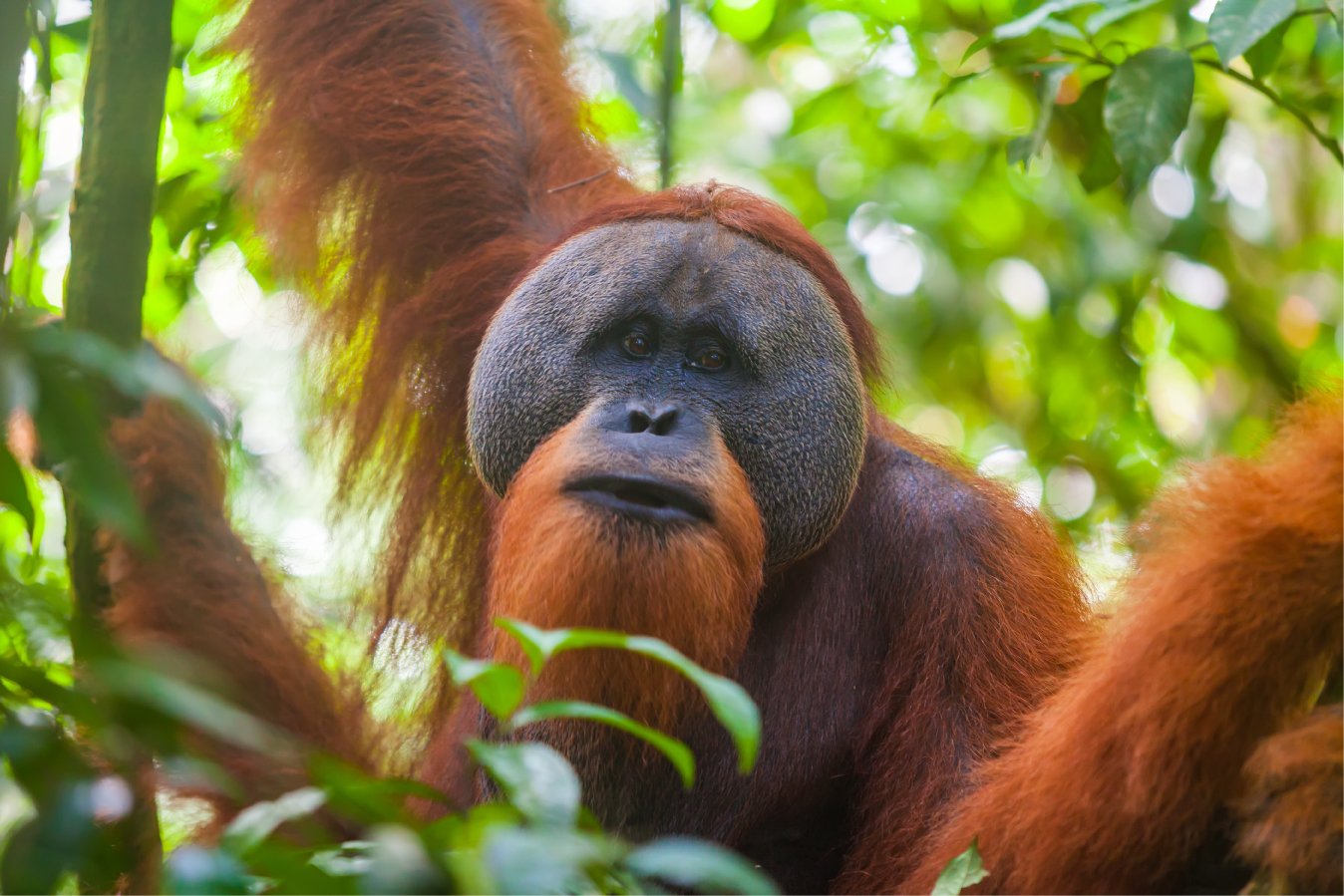 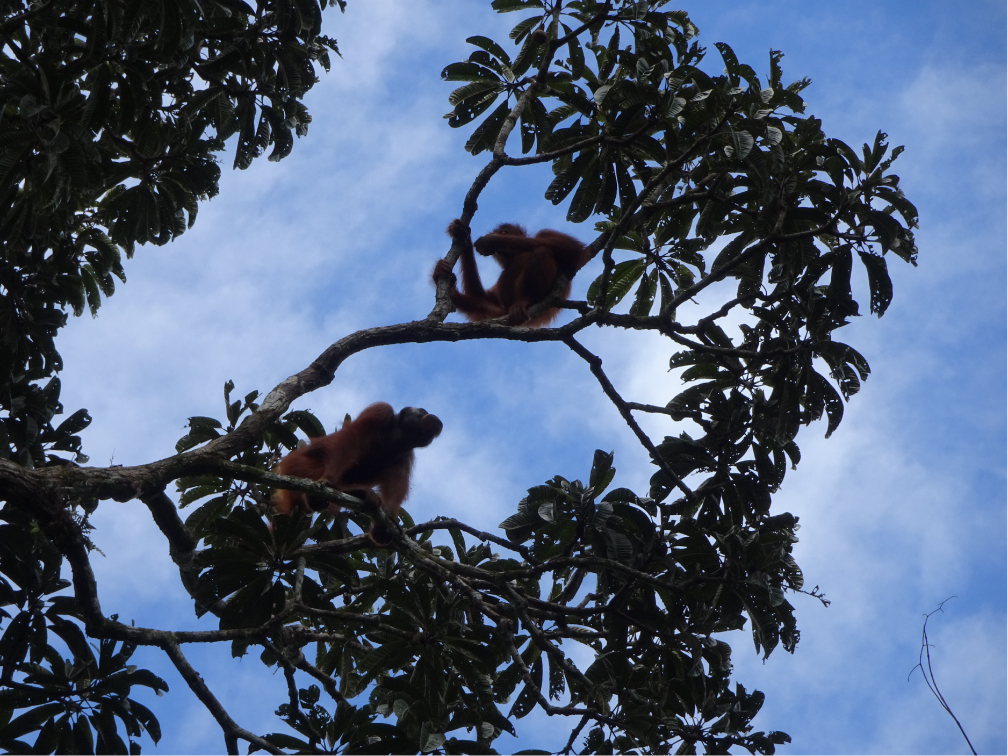 A male and a female orangutan eating in a tree. Photo by Amy Scott.

In order to investigate these questions, I am studying wild orangutans in Gunung Palung National Park, Borneo, Indonesia. I will analyze over 20 years of behavioral data, collect new behavioral measures on male and female orangutan interactions, and use genetic analysis to determine the paternity of orangutans. Behavioral data on encounters, feeding, and activity will show whether males or females are in control of encounters and will measure the costs associated with encounters. Paternity data will show which males have the highest reproductive success.

Measuring reproductive success will inform us about the relative importance of female choice and sexual coercion in a primate species where intense male-male competition and forced copulations seem to favor males ‘winning the evolutionary arm’s race,’ but the dispersed social system and concealed ovulation seem to favor females being able to manipulate paternity. Understanding the diversity and evolution of reproductive strategies across non-human primate species enables us to contextualize human evolution and behavior.