Is Everybody a Big Liar?

Maybe fewer people than you think

This Being Human blog post is by Jessica Graham and Michael Taft. 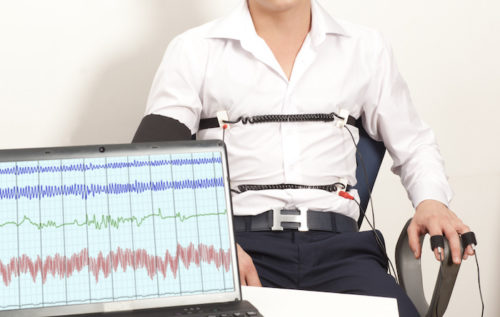 How much do you think we lie? In the past few years, some compelling research has lead science to conclude that “everybody lies.” Scientists even claim that lying has adaptive value—that is, it helps people to survive. The trouble is, these are statistical studies, in which a few people who lie a lot can skew the numbers higher for everybody. In fact, recent study published in Human Communication Research, suggests that most people are basically honest, while a small number of us, apparently, lie like crazy. A notable recent example of such a chronic liar is John C. Beale—the climate control expert and until recently the highest paid employee of the EPA—who lied to avoid work.

In 2000, Beale began disappearing from work for long stretches, including an 18-month absence in 2011 during which, his lawyer acknowledged, he did “absolutely no work.” He shirked his duties at the EPA by telling his bosses the absolutely outrageous lie that he was a CIA agent working in Pakistan, undertaking secret and dangerous missions. In reality, he admitted, “I spent time exercising. I spent a lot of time working on my house.” He may have been profoundly lazy at work, but Beale was a go-getter in the prevarication department. For example, in order to get a better parking space at work, he claimed to have malaria (which he didn’t), contracted during his military service in Vietnam (where he has never been).

According to the study, led by Rony Halevy, Bruno Verschuere (University of Amsterdam), and Shaul Shalvi (Ben-Gurion University), Beale is part of a smaller minority than you might think. They report:

“Our findings question whether lying is normative and common among most people, and instead suggest that most people are honest most of the time and that a small minority lies frequently.”

Interestingly, the liars who participated in the study had no problem admitting that they lied frequently. All 500 subjects completed a questionnaire, which asked them to disclose how often they lied. Then they played a dice rolling game, in which higher numbers rolled meant more the financial gain. Each participant was given a standard die in a paper cup. A small hole in the bottom of the cup allowed them to view the results of each roll privately. As the researchers had no way of seeing the outcome of the rolls, it was up to each person to report the numbers rolled, and how much their payout would be,.

Again and again those who had freely admitted on the questionnaire to lying frequently, reported high rolls. Just in case some of those big wins had been pure luck and not pure lies, researchers devised a test to distinguish the honest from the liars. It was a word jumble of three words, with the third word being unsolvable. Participants unjumbled the words privately and were paid according to their success.  Anyone reporting three words complete was clearly not just good at word games.

So rather than living in a world where everyone lies often, it may be the case that most people lie very little, while a few lie spectacularly. Those who do may, according to researchers, be psychopaths. As Verschuere said, “It may be that frequent liars show more psychopathic traits and therefore have no trouble admitting to lying frequently.”

From a Being Human perspective, for society to have evolved as a stable structure it makes sense that there would be relatively few individuals capable of such fraud. We tend to punish big liars, as witnessed by what happened to Beale. After stealing close to one million from the government in salary and other benefits, he was recently sentenced to thirty-two months in prison and a fine of 1.3 million dollars. 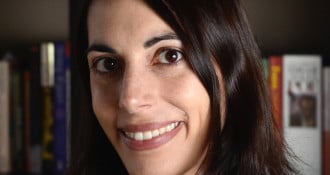 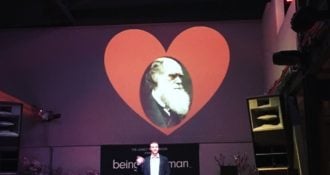 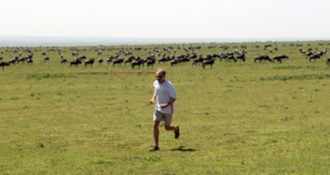 Guest Post, Being Human
Running. Some people love it, getting in the zone and enjoying that “runner’s high”. Some people tolerate it as a necessary way to stay fit. Others, and I admit I’m in this camp, can’t see the appeal, unless they’re being chased by some terrifying beast or a swarm of bees….
« The New Science of Cuffing Season
Being Human: An Initiative and Partnership with the Baumann Foundation »
« BACK TO BLOG