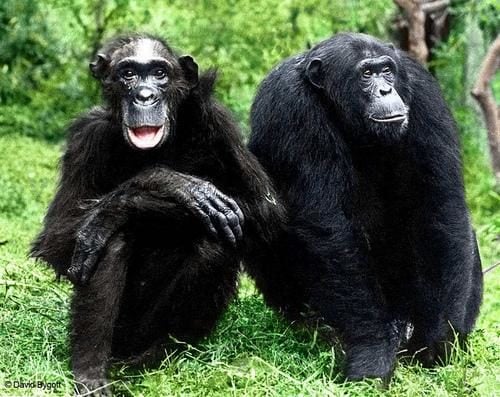 How hard can it be to extract DNA from the teeth of chimpanzees that died only 30 or 40 years ago? These were my initial thoughts when presented with the opportunity to examine the DNA of the most famous chimpanzees in the world. These individuals, studied by Dr. Jane Goodall at Gombe, included Flo, Madam Bee, Satan, Hugo, and Getty.

At the time of her initial pioneering work, collecting genetic data was not part of the standard primatology repertoire. Today, all of the chimpanzees at Gombe are genotyped for autosomal microsatellites to see how they are related to each other (and, in particular, to figure out paternity). Such analyses began there in 1991 with the development of non-invasive methods of DNA sampling such as using shed hair collected from night nests or using fecal samples. These data have been key for testing hypotheses about kin selection, social structure, mating patterns, and reproductive success. Assessing the same microsatellites in some of the early individuals would let us add to the existing pedigree. In addition, we could see whether inbreeding is increasing (because of increasing isolation from other chimpanzee communities) by comparing the genetic diversity within the community over time. Finally, maybe we would be able to retrieve SIV (simian immunodeficiency virus, found there today) to see who was infected and how the virus has changed over time…if the preservation were sufficient.

Alas, it was not. Ancient DNA work is some of the most frustrating research there is (though perhaps some of the paleoanthropologists will disagree as they search long and hard for fossils!) This frustration I learned twenty years ago when I was in graduate school working on the genetic analysis of a prehistoric Native American population, with funding from The Leakey Foundation, to see how members of that community were related to each other and what their genetic diversity told us about the peopling of the Americas.

Ancient DNA analyses are challenging for several reasons. First, the DNA is degraded, usually into pieces that are smaller than 100 bases long. Second, it is damaged; this can cause the enzymes used to copy the DNA to make mistakes or not work at all (for example if the DNA fragments are tangled into chemical knots that the enzymes can’t attach to). Finally, contamination is one of the greatest concerns, so researchers in the field take great precautions to prevent modern DNA from entering their ancient DNA labs. 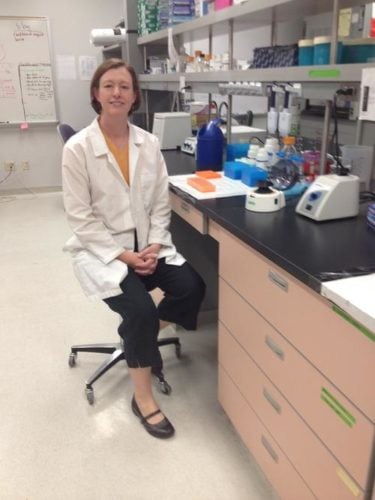 However, over the last twenty years, the changes in molecular biology and in the field of ancient DNA have been dramatic. When I began my dissertation, PCR (the polymerase chain reaction) was cutting edge technology, and it allowed us to amplify small fragments of DNA from specific regions of the genome (which was not yet completely sequenced!) It often took weeks or months to amplify and sequence the five small fragments that I targeted in order to piece together a ~350 base pair sequence of the mitochondrial hypervariable region, and I often ran out of DNA before I was successful. Today my students and I can extract DNA and turn it into a DNA library. In essence, this immortalizes the DNA so that we can go back to it repeatedly for different experiments. We can also use DNA baits to “fish” out only the DNA fragments in the library that we are interested in, and then we can sequence those fragments of DNA using high throughput sequencing technology. Thus, we can target the entire mitochondrial genome (~16,500 bases long) and sequence it (along with many other samples) in only one sequencing run!

So why hasn’t this new technology worked (yet) for the Gombe samples? Ancient DNA is best preserved in cold, dry places with a neutral or slightly alkaline pH and minimal temperature fluctuations. Gombe is not one of those places. These individuals were buried in the ground for approximately 1-3 years, and then their skeletons were curated for further study. Dr. Mike Wilson (University of Minnesota) worked with us to select and scan the tooth samples, and then my laboratory extracted the DNA from tooth roots, which typically preserve DNA best because they are so hard. Our results to date indicate that these samples have very little DNA. However, we have not yet lost hope. Recent methods developed to recover smaller fragments of DNA (30–70 base pairs in length) were employed successfully with samples from Sima de los Huesos (which are over 300,000 years old.) These results offer the possibility that we will still be able to obtain DNA from the Gombe samples. We are currently testing those methods and we will keep you posted as to our success! 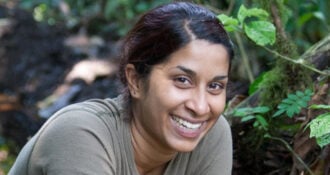 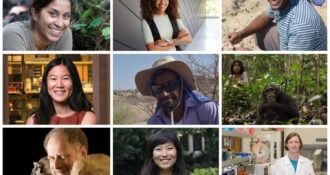 Education, Lecture
The Leakey Foundation is excited to announce our summer virtual series Lunch Break Science will be streaming to our Facebook and YouTube pages starting Thursday, June 25 at 11 am PDT.
« Skullduggery: Is the Identity of the Piltdown Forger and His Methods Close to Full Exposure?
Guest Post: Why walk on two legs? »
« BACK TO BLOG