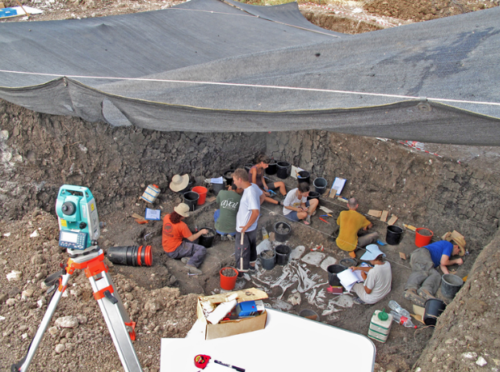 Traditionally, studies of Levantine (eastern Mediterranean) Middle Paleolithic sites have focused on caves, and so exploration of the open-air ‘Ein Qashish site presents a novel opportunity to expand our understanding of the behavioral dynamics of Middle Paleolithic hominins (modern humans as well as Neanderthals) in the region.

In the spring of 2011 Erella Hovers was awarded her fifth Leakey Foundation research grant for her project entitled “Exploring ‘Ein Qashish, a Middle Paleolithic site in northern Israel.” She proposed large-scale excavations at the newly discovered site so that her team could understand the site formation processes, test for spatial differences in the distribution of lithic and faunal remains, and characterize modes of site utilization. Finally, they would begin to reconstruct the ecological environment of ‘Ein Qashish.

In the report below Hovers briefly describes some of her team’s findings.  In addition, you may find the four papers that have been published on the ‘Ein Qashish research in Quaternary International by clicking here. 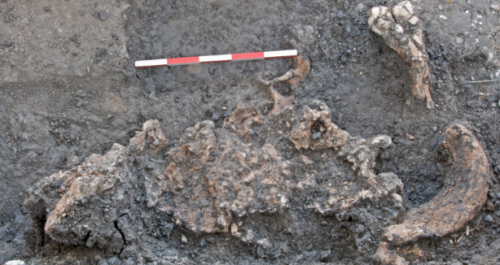 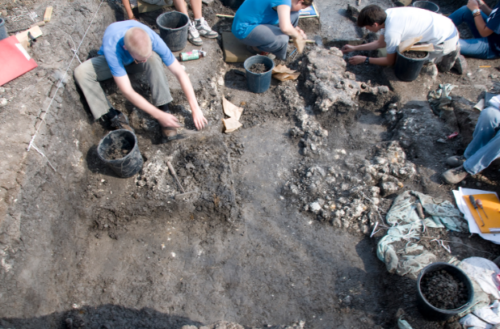 View of skull base and vertebrae within the depositional context

Research Report
Nancy Stevens Nancy Stevens is a professor at Ohio University. She was awarded a Leakey Foundation research grant in the spring of 2011 for her project entitled “Oligocene… more »
« Stress in wild female Assamese macaques
Research Report: Dynamics of population growth by Cebus capucinus in Costa Rica »
« BACK TO REPORTS