Meagan Vakiener was awarded a Leakey Foundation Research Grant during our fall 2017 for her project entitled “Weaned age in gorillas using trace element distributions in teeth.” She is a PhD candidate at George Washington University. 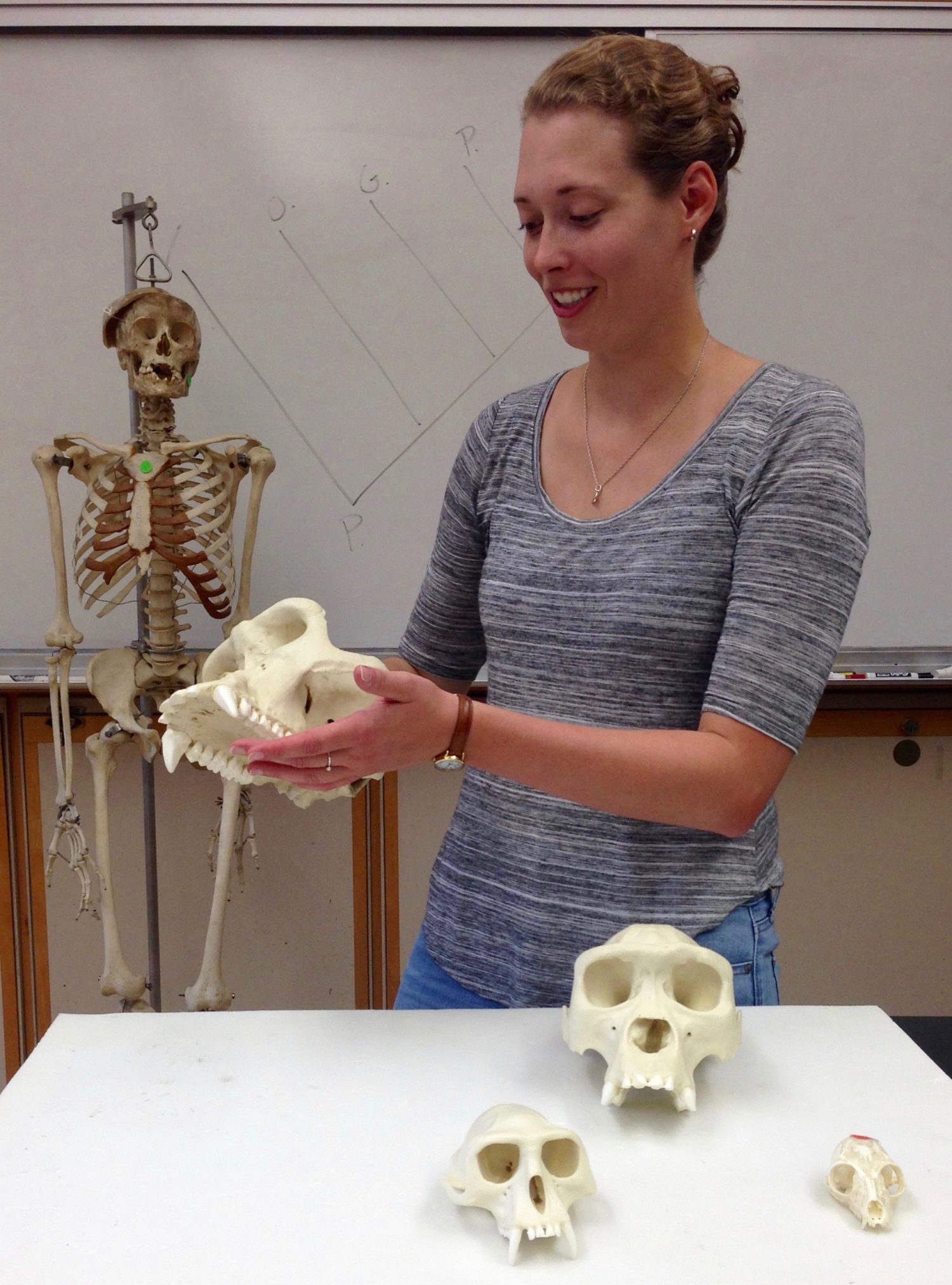 Humans wean infants earlier than expected based on relationships established using non-human primate comparative models. An early age at weaning is an important contributor to a shorter inter-birth interval and increased fertility, providing a competitive edge in reproductive success and population growth.

However, research on the evolutionary cause of such an adaptive shift is critically limited by methodological constraints in obtaining direct evidence of weaning from the fossil record. This research seeks to improve the interpretation of the chemical signature preserved in dental tissues by analyzing teeth from a well-documented population of wild mountain gorillas (Gorilla beringei beringei).

The proposed research offers the rare opportunity to establish a well-tested foundation for applying this approach to the human fossil record and to clarify the socio-ecological correlates of weaning variation in this species. A better understanding of what drives intraspecific weaning variation in a great ape species provides a means by which to better understand the evolution of accelerated weaning in humans. The broader impacts of this research include: 1) teaching and mentorship to under-represented groups in science both in the United States and in Rwanda; 2) international and inter-departmental collaborations necessary for the multi-disciplinary nature of this proposal; 3) a commitment to science education including local outreach to educate children about gorilla skeletal biology in Rwanda and the United States through collaborations with the Education Department of the Smithsonian Institution’s National Museum of Natural History and the Karisoke Research Center; and 4) revealing insights into the effects of anthropogenic disturbance on an endangered great ape species. 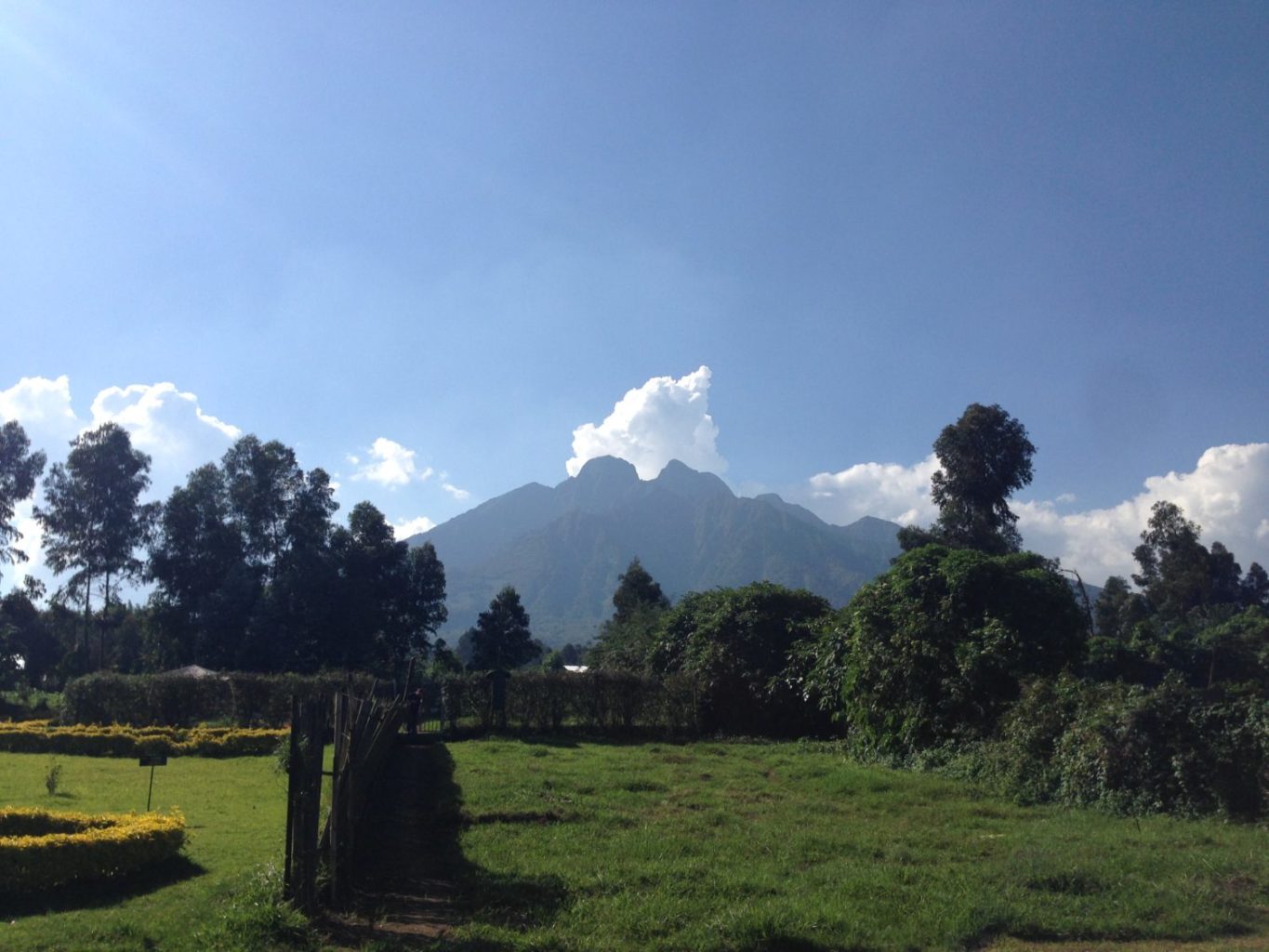 This proposed research seeks to test a developing method for reconstructing the timing of early-life dietary transitions from the distribution of calcium-normalized strontium and barium intensities in teeth, and to investigate weaning age variation within a single well-documented wild population of Virunga mountain gorillas from Volcanoes National Park in Rwanda.

The chemical signature of mountain gorilla food resources and captive gorilla breast milk will be characterized in order to provide a context for interpreting variation in enamel and dentine barium and strontium intensities. Estimated weaned age from trace element analysis will then be compared to longitudinal records on wild mountain gorilla diet and suckling.

The following questions will be addressed: 1) How well do trace element distributions in teeth correspond to behavioral observations of suckling and other metrics for determining weaning age (e.g., interbirth interval)? 2) How does the weaning chemical signature vary within a wild mountain gorilla population? The ability to partner behavioral and chemical data from individuals in this population represents a unique opportunity to test an emerging methodology for recovering relatively high-resolution evidence of weaning in the human fossil record.

Support research projects like this. Your donation will be doubled!

Grantee Spotlight
What makes humans such "adaptable" and flexible creatures, especially when it comes to what we eat? Primates, in general, can survive on a wide variety of foods, but there are also a lot of species with a range of really specialized diets, like those focused on insects, leaves, or fruit, and all of these foods have different challenges when it comes to digesting them. Mareike Janiak's research is focused on understanding how the species in these different dietary niches have adapted to digesting their foods.
« Grantee Spotlight: Emma Finestone
Grantee Spotlight: Stephanie Musgrave »
« BACK TO BLOG