Hilary Duke is a PhD candidate from Stony Brook University. She was awarded a Leakey Foundation Research Grant during our fall 2016 cycle for her project entitled “Taking shape: Investigating the earliest Acheulean at Kokiselei, Kenya (1.8-1.76Ma).” 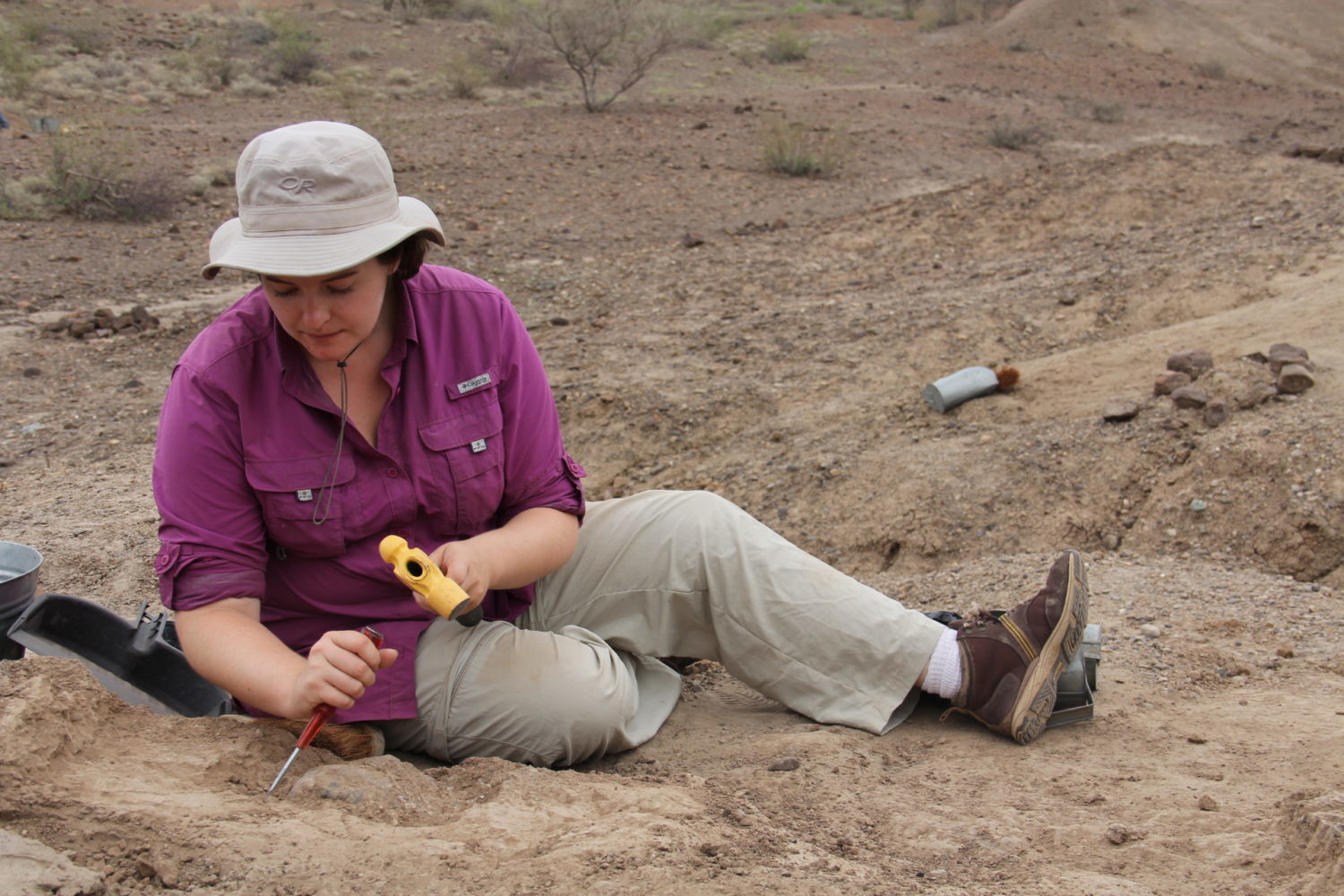 Humans and some non-human primate species share a versatile capacity to shape tools. Only hominins intentionally shaped stone tools, which are the longest preserved record of technological behavior. About two million years ago in eastern Africa, there was a crucial period of change for the evolution of the genus Homo, including the emergence of Homo erectus and shifts in the ways hominins made stone tools.

Archaeologists distinguish two main goals of stone tool production: 1) Shaping: creating a single stone tool with specific form and 2) Flaking: creating multiple stone flake tools. Hominins started manufacturing Large Cutting Tools (LCTs), such as handaxes and picks, at least 1.76 Ma in eastern Africa, and these artifacts are assumed to be the earliest evidence of stone tool shaping. The earliest LCT technology occurred within a critical time of change in human evolution across several domains, including hominin environments, species diversity, anatomy, and behavior. However, variation in LCT shapes, knapping methods (large flake vs. elongated cobble), and techniques (hard vs. soft hammer) in combination with the generally idiosyncratic nature of shaping behavior, pose challenges for determining the origins of these behaviors in the archaeological record.

Archaeologists usually use LCTs to identify and define the Acheulean, which is a geographically and chronologically expansive archaeological industry containing a broad range of variability, but the evolutionary processes underlying this technological change remain poorly understood. Before we can hypothesize about the emergence of LCT technology and early shaping behavior, we need to test whether these early LCTs could have also been products of flaking.

Sediments around Lake Turkana in northern Kenya preserve one of the longest and richest records of stone tool technology. On Lake Turkana’s western shore, the Kokiselei Site Complex contains stone tool assemblages from three sites dating to the earliest known emergence of LCTs between 1.76 and 1.8 million years ago. Kokiselei sites include stone tool assemblages with and without LCTs. Thus, Kokiselei is the ideal context for investigating questions about the nature of technological change during the emergence of LCT production.

My research investigates the degree of differences between LCTs and other artifacts from Kokiselei and experimentally generated flaking products. This summer, I will be collecting technological data from the Kokiselei stone tools curated at the National Museums of Kenya in Nairobi. I will then compare this archaeological dataset to data that I am collecting from experimental stone tool assemblages made from stone raw materials analogous to those found in Early Pleistocene archaeological sites in Turkana, including those specific to Kokiselei.

This research fills a critical empirical gap by considering alternative flaking strategies and testing the assumption that all LCTs were products of shaping. If the results of this work indicate that Kokiselei stone tools are different to experimental flaking products, it will have implications for how we can investigate the possible role of shaping behavior during this critical period of change in the Early Pleistocene.