A team of scientists from the Centro Nacional de Investigación sobre la Evolución Humana (CENIEH), led by José María Bermúdez de Castro, together with the French researcher Amélie Vialet from the Natural History Museum in Paris has published a paper in the journal PLOS ONE on the Middle Pleistocene Montmaurin-La Niche mandible, which reveals the complexity of the origin of the Neanderthals. 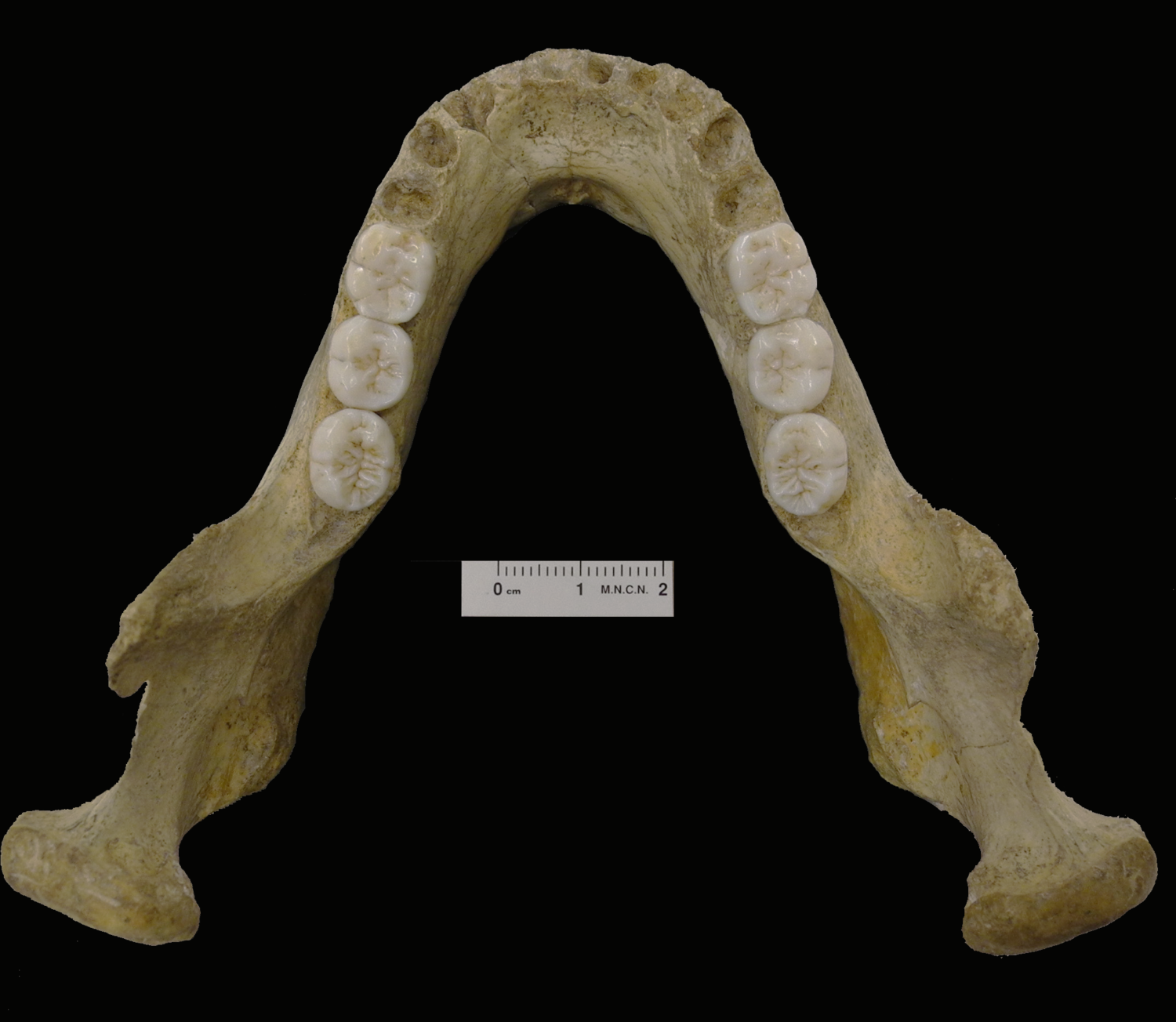 Upper view of the Montmaurin-LN mandible

This mandible was found by Raoul Cammas on June 18, 1949, in the La Niche cave in France. The site also contained stone tools and fossil remains of different species of canids, equids, and ursids which helped scientists determine the age of the mandible.

Because of the presumed age of this mandible, between 200,000 and 240,000 years, and its close morphological similarity to the mandible of European Neanderthals, particularly in the teeth, researchers had considered it to be a Neanderthal mandible. But when mathematical techniques were applied to the study of a wide variety of mandibles, including those of a group of recent African ones, results show that this mandible is more in line with the most archaic specimens from Europe, including those from Dmanisi.

“We find here an archaic mandible, and dental pieces which taxonomically are indisputably Neanderthal, which helps to support the hypothesis that the Neanderthal lineage did not evolve linearly but in mosaic,” explains Bermúdez de Castro.

Comparative studies
Considered for two decades to be the oldest human fossil found in France, the mandible has formed part of different comparative studies, and the description published by G. Billy and Henri V. Vallois in 1977 stands out. That work was undertaken more than 40 years ago in the context of what was then known and of the theories then current on the colonization of the European continent.

However, human evolution in Europe was undoubtedly more complex than was thought only a couple of decades ago, as is explained in this paper entitled A reassessment of the Montmaurin-La Niche mandible (Haute Garonne, France) in the context of European Pleistocene human evolution, in which Mario Modesto, María Martinón-Torres and Marina Martínez de Pinillos also participated.

The possibility that there could have coexisted at least two hominin lineages and that interbreeding, prolonged periods of isolation, genetic drift and other processes were habitual in the Middle Pleistocene in Europe is gaining momentum. While at the same time linear hypotheses such as “accretion” are losing ground.

“The appearance of the classic Neanderthals in the Late Pleistocene is a question by no means finally settled. There remain many open questions, and the Montmaurin-La Niche mandible now joins the list of X-files”, concludes Bermúdez de Castro.

Category: : Journal Article, In the News

Journal Article
Strong social ties are a key driver of cooperation in many species and are associated with adaptive benefits in several of them, including humans, feral horses and dolphins. Although such bonds are widely observed, it is not always known why any two particular animals become friends (just as in humans).
« Chimp Females Who Leave Home Postpone Parenthood
Fossil Jawbone From Israel is the Oldest Modern Human Found Outside Africa »
« BACK TO BLOG