The Truth About Lying

This Being Human blog post is written by Peter Baumann. 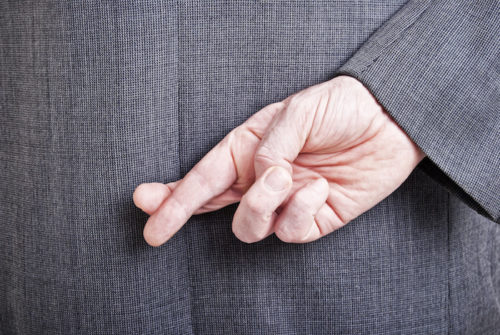 “Father, I cannot tell a lie. I cut down the cherry tree.” —George Washington.

We like people who don’t lie; we feel they’re trustworthy. But perhaps life is not that simple, not that black and white. According to one study, most people lie at least once or twice a day, and we deceive others on average about 30 times per week. The same study found that college students lie to their mothers in 50 percent of their conversations, and dating couples lie about themselves 33 percent of the time.

Lying has all kinds of everyday applications. We go out of our way not to hurt somebody’s feelings by saying that their baby is adorable, even if we think the opposite. We want our dinner hosts to feel good by telling them how much we enjoyed the meal, even when it tasted awful. If  somebody cheats on their spouse and we find out, we pretend we don’t know, rather than tell about it.

Lying always involves a mostly unconscious cost-benefit analysis, and this is how lying probably evolved. We know young children lie all the time. They have no problem lying. They just say, “Nope, I didn’t do it.” It’s a self-protection mechanism. They sense that if they say, “Yeah, I ate a cookie before dinner,” or “I broke the window,” they’re going to be in trouble. In studies observing children’s social interactions, four-year-olds lied roughly once every two hours, and six-year-olds once every 90 minutes.

Lying happens along a broad spectrum including manipulation or deception, but ultimately it’s a deviation from “the truth and nothing but the truth.”

Rudimentary forms of these behaviors can be observed throughout the animal kingdom. Cobras spread their chests to make themselves look bigger. Monarch butterflies have big spots on their wings to make them appear as though they have very large eyes, and predators mistake them for larger animals. These are all strategies that evolved in order to protect. And we do it more than any other species.

When a lie gets revealed, we have a remedy: shame. If we display shame and openly admit that we’ve lied, we can usually redeem ourselves and regain acceptance. When Bill Clinton lied about Monica Lewinsky, and everybody knew, it felt pretty crummy. But when he came clean and displayed a degree of shame, most people were more inclined to forgive him.

Often, we pay a price and feel guilty when we know that we’ve deliberately lied and we haven’t copped to it. One way or another, lying is always fraught with conflict, and there’s an emotional cost involved. It’s an evolutionary adaptation, a natural feature of our social environment all the same. That’s why anyone who always pretends to tell “the truth and nothing but the truth” is probably lying. 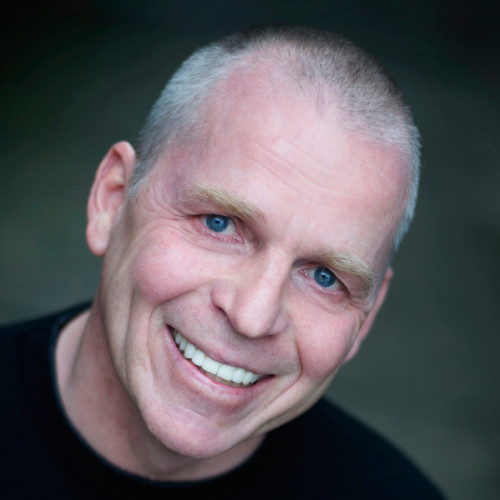 Peter Baumann is founder of the Baumann Foundation. He finds human beings fascinating, especially our more or less endearing behavior. He has come to see us human beings not as autonomous agents in conscious control of our lives, but as incredibly complex biological organisms embedded in the process of our evolving culture.

Journal Article, Guest Post
Human beings used to be defined as “the tool-maker” species. But the uniqueness of this description was challenged in the 1960s when Dr. Jane Goodall discovered that chimpanzees will pick and modify grass stems to use to collect termites. Her observations called into question homo sapiens‘ very place in the world. Since then scientists’ knowledge of animal tool use has expanded exponentially.
« Evolution
Against Animal Natures: An Anthropologist’s View »
« BACK TO BLOG