Marianne Brasil, PhD candidate from the University of California at Berkeley, was awarded a Leakey Foundation Research Grant during our spring 2017 cycle for her project entitled “Skeletal morphology of early Homo sapiens from Middle Awash, Ethiopia.” 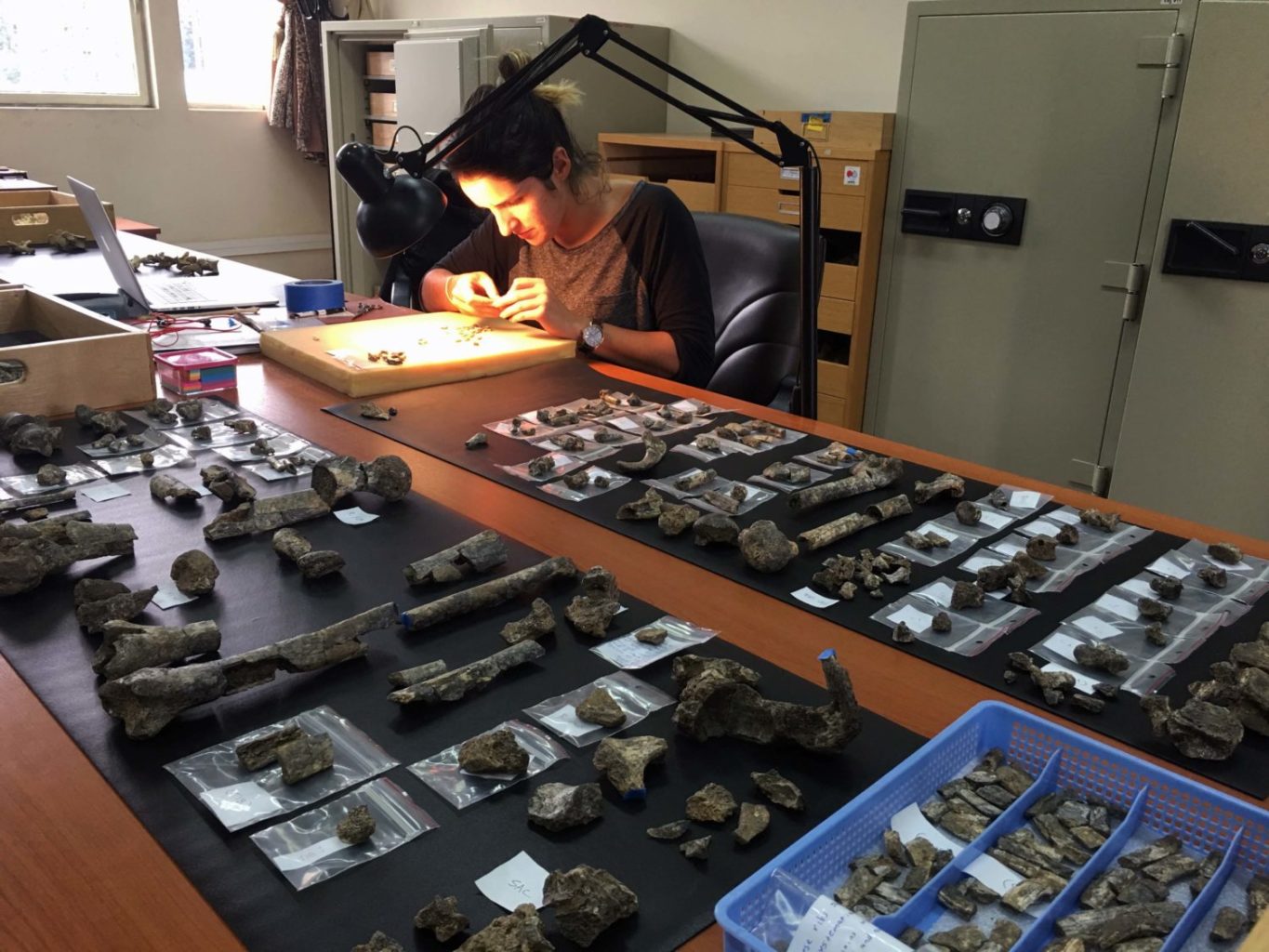 Marianne Brasil working on the reconjoining of the Halibee skeleton at the National Museum of Ethiopia during summer 2016. Photo credit: Marc Meyer

The timing, location, and circumstances of the origin of modern humans has long been of interest, and ongoing studies continue to refine our understanding of early modern human evolution. However, these studies necessarily rely on the available fossil evidence, which at present is spread sparsely across geography, irregularly through time, and is dominated by craniodental remains. Considering these limitations, new fossil evidence, particularly associated skeletons, is of the utmost importance to the study of modern human origins.

The Middle Awash project has recovered an early Homo sapiens partial skeleton, as well as additional, more fragmentary human fossil material from the same sedimentary package. These fossils were recovered from a Middle Stone Age archaeological context at Halibee, Middle Awash, preliminarily dated to ~100 kyr. This research project includes the original description of the skeletal anatomy of this modern human partial skeleton and associated remains, thereby contributing to the known fossil record at a critical time and place, near the time of modern human range expansion beyond Africa. The skeletal anatomy of these fossils will be described with reference to anatomically modern human populations, including samples from southern Africa (Zulu), northeastern Africa (Egypt), the Levant (Jordan), Europe (Portugal) and North America (Native Californians). Systematic comparisons of the Halibee fossils with their closest fossil relatives will be completed, including Neanderthals, Homo erectus, and chronologically intermediate groups. 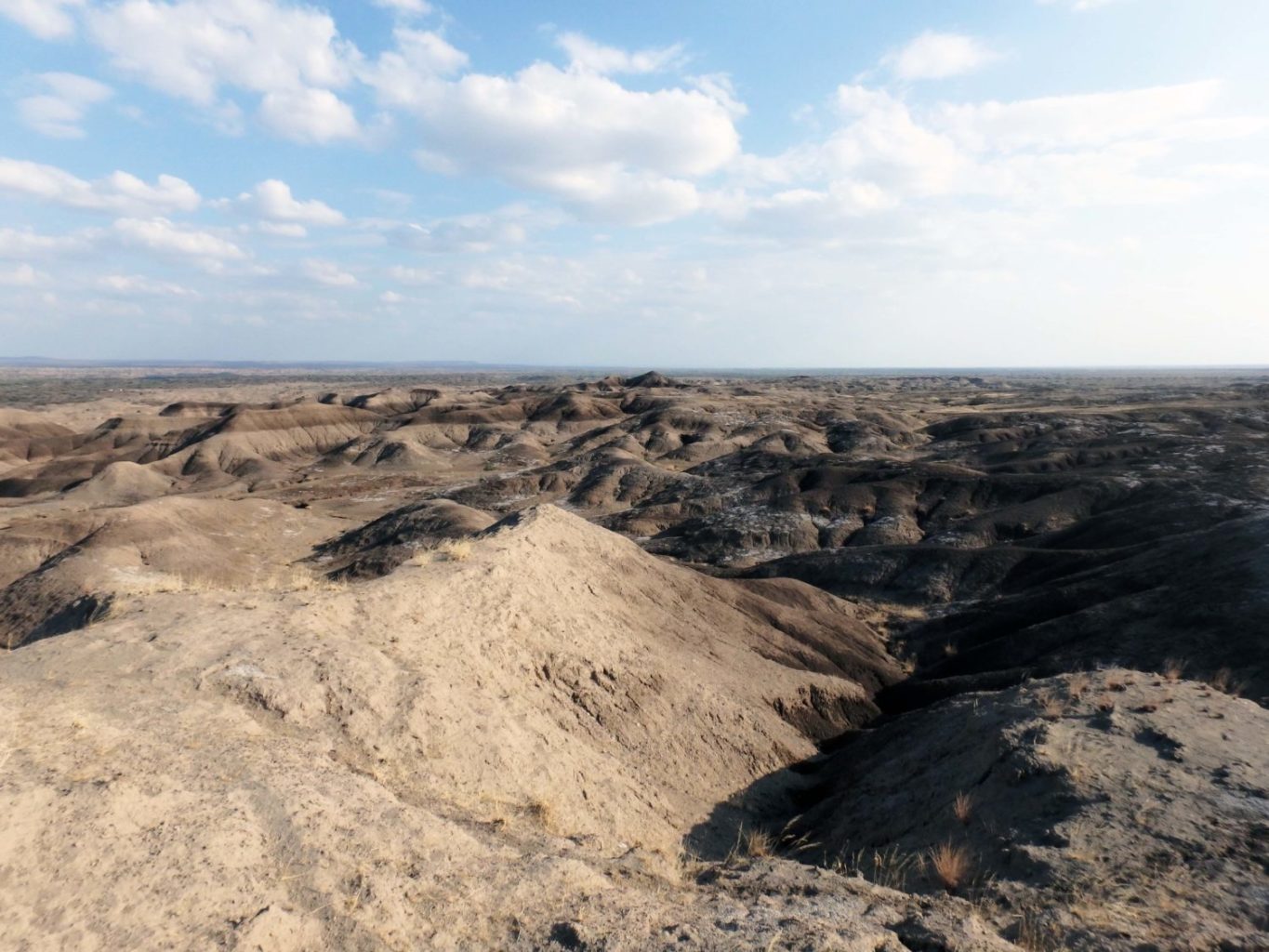 Paleontological locality at Halibee in the Middle Awash research area. This photo was taken during the 2015 field season. Photo credit: Marianne Brasil

Understanding how Middle Pleistocene fossils relate to one another and to later modern humans has been hindered by the sparseness of the Pleistocene postcranial fossil record and by the variable combinations of primitive and derived traits displayed by the known fossil specimens. The chronological and geographic position of the Halibee fossils makes them critical to understanding these relationships as it places them within a population ancestral or closely related to anatomically modern humans. These fossils will provide a lens through which we can examine the evolution of modern human anatomy and study early modern human anatomy from an organismal perspective. These fossils will allow us to better ask:  How does early African modern human skeletal morphology compare to present-day humans? How were early modern humans morphologically different than (or similar to) Neanderthals, and what might this tell us about how evolution has proceeded over the Late Pleistocene portion of our evolutionary history?

You can help support field research with a donation to The Leakey Foundation! Click here to support research like this.