From the Field: Ekwoge Abwe, Cameroon

Spring 2016 grantee Ekwoge Abwe has shared some news from the field! To read a summary of his work, you may click here. 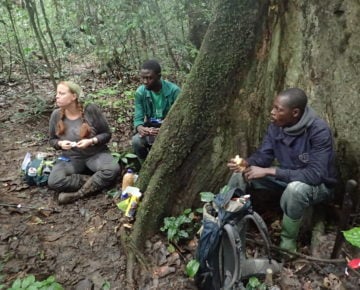 My advisor Dr. Katy Gonder of Drexel University, Philadelphia, visited my Ganga study site in the MDNP between 17 and 22 July 2016. During her visit, we walked transects and recces together and had the opportunity of observing a group of chimpanzees for close to an hour. She is already looking into the possibility of transforming my study site into a long term chimpanzee research site – and we had the support of the MDNP Conservator to build a more permanent camp at Ganga. 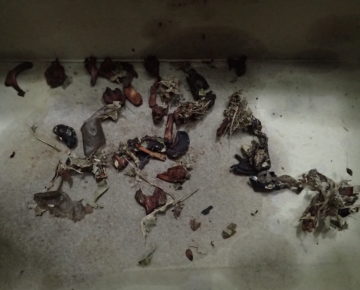 In June 2016, I had the first evidence of meat eating by the chimpanzees in MDNP. Three chimpanzees were observed in a tree with a freshly killed juvenile duiker, which they dropped on noticing my team. A few weeks later, I collected several dung beneath chimpanzee night nests and a couple of them had animal parts: hairs, skin, tooth and undigested tendons. In July, I collected another chimpanzee feces under a nest, and it contained black and yellow that could possibly come from Cercopithecus pogonias that are sympatric with chimpanzees in MDNP. 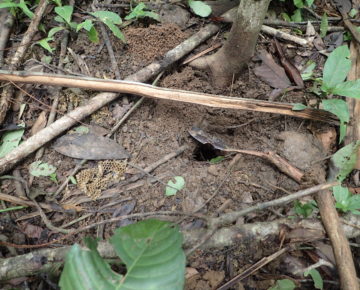 In July, I came across a chimpanzee honey dipping site, with several tools of different sizes (toolset) abandoned at the enlarged opening of the underground stingless bee hive. The tools were made up of digging sticks (visibly worn and dirty from digging a 30 cm deep and 10 cm wide hole) and smaller collecting sticks (obviously used to attain honey combs from the hole that extended horizontally after the 30 cm depth). Honey combs were scattered at the hive entrance, and age of tools depicted regular activity. 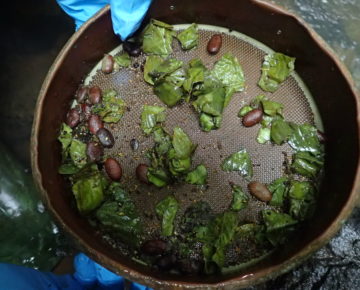 In July 2016, my team of two assistants and I observed an adult chimpanzee along one of my transects in MDNP. Thorough inspection of the activity site yielded fresh feces. When washed, I observed that the feces was laden with leaves folded and swallowed whole. These passed through the chimpanzee gut undigested. There has been evidence of chimpanzees swallowing leaves for self-medication in the nearby Gashaka Gumti National Park in Nigeria – another population of Nigeria-Cameroon chimpanzees. 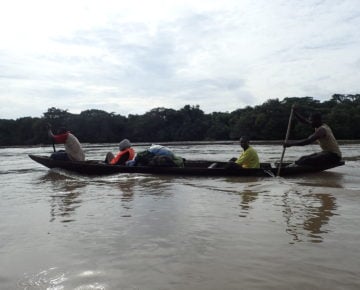 My study site at Ganga MDNP can only be accessed by a 6-7 hours canoe ride downstream the Djerem River and 12-14 hours ride upstream the Djerem (often spend night midway on the return trip). 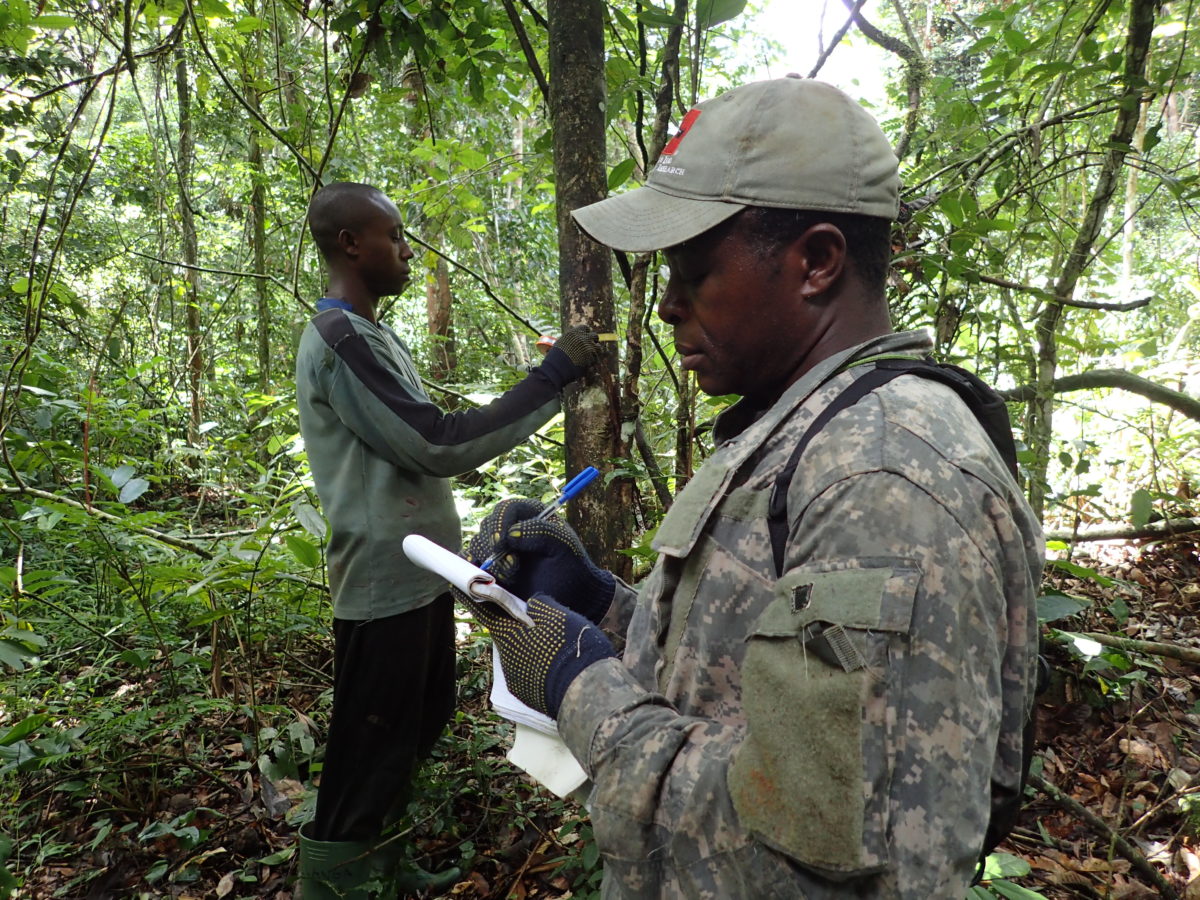 From the Field
Leakey Foundation grantee Shannon Mc Farlin sends an update from the Bwindi Impenetrable National Park in Uganda where she has been cataloging the skeletal remains of mountain gorillas.
« From the Field: Thomas Kraft
From the Field: Dorothée Drucker »
« BACK TO BLOG