From the Field: Alecia Carter

The Leakey Foundation awarded Alecia Carter a Leakey Foundation research grant in the spring of 2016 for her project entitled “Constraints on the evolution of culture: Social information in Namibian baboons.” To read a summary of her project, please click here. Below she updates us on her 2016 field season. 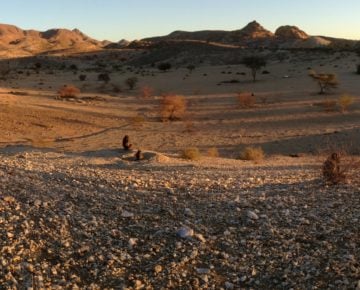 This field season was the toughest I’ve ever had: it’s a drought in Namibia (see Figure 1), and the desert baboons we study are suffering because of this. One troop has split into two—fifteen individuals of our larger, 80+ strong-group attempted to, unsuccessfully, join our other study troop. Three adult males, two older females and a juvenile female are missing; females who were pregnant when we left last year no longer are; several individuals are in terrible condition, rarely able to follow the troop when they range long distances to forage; and everyone is eating bark—there’s little else to eat. 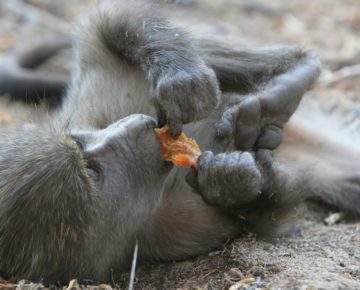 My motivation for studying the flow of information in baboons groups is to better understand the constraints on the formation of culture in primates. Baboons are a highly gregarious primate that readily learns from others—so why do they rarely have ‘cultural’ behaviours, which rely on the transmission of information among individuals? This year, I aimed to experimentally establish some new behaviours—eating a novel food (Figure 2)—in the groups to figure out when and where information stops spreading: is it particular individuals that don’t watch others? Or some individuals that do watch others but then don’t use that social information? Or is it something to do with the structure of the group—the social network (see Figure 3)? Perhaps the individuals that use social information associate only with others that also use information, resulting in the ones that need to watch others rarely having opportunities to do so because they don’t associate with them. 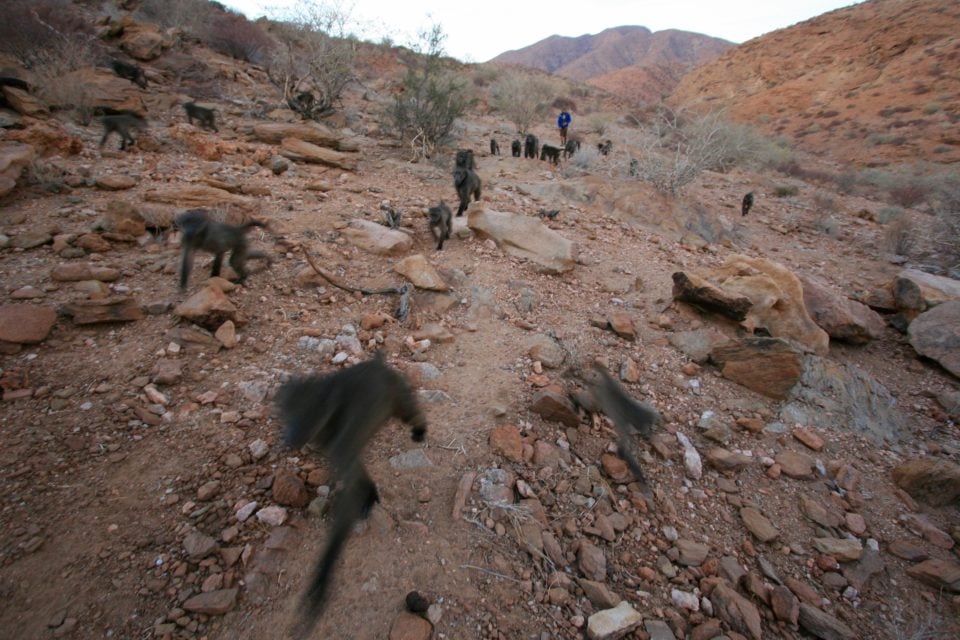 Fig 3: : My volunteer Dylan Gomes collected much of the social network data for the project this year. Here, he is following L troop as they leave their sleeping cliff in the morning to head to the ephemeral riverbed to forage. 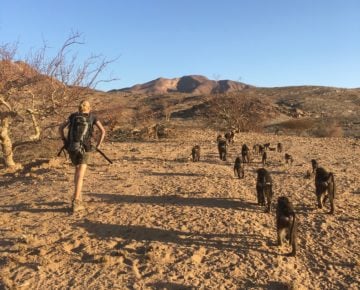 At least, that was the plan. But the drought has made this difficult. I had to scale back my plans (one new behaviour instead of two), and have greater-than-usual patience when doing this experiment (Figure 4). But, eventually, it worked! First, a few individuals ate the novel food. Over the next weeks, I patiently presented the food to the small groups of baboons that I could find (Figure 5), aiming to get individuals who haven’t eaten the food to watch individuals who do eat the food. Slowly, individuals start to learn that the novel food is edible by watching others—but others don’t. Now it’s onto the analyses to find out whether there is something particular about the innovators, learners and non-learners. 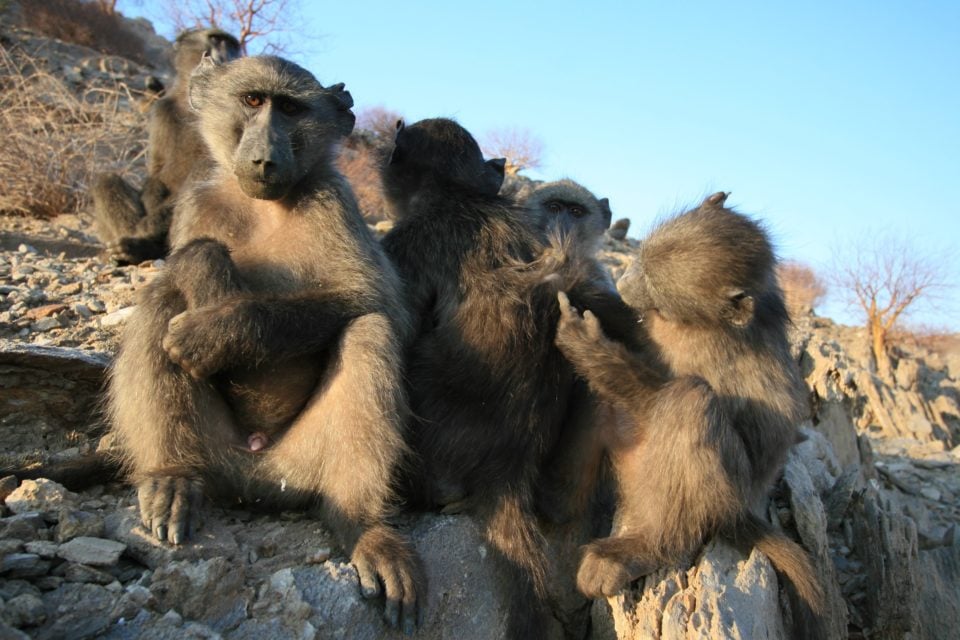 From the Field
Leakey Foundation grantee Shannon Mc Farlin sends an update from the Bwindi Impenetrable National Park in Uganda where she has been cataloging the skeletal remains of mountain gorillas.
« From the Field: Mathew Fox
From the Field: Thomas Kraft »
« BACK TO BLOG