Alecia Carter was awarded a Leakey Foundation Research grant during our spring 2016 cycle for her project entitled “Constraints on the Evolution of Culture: Social Information in Namibian Baboons.” 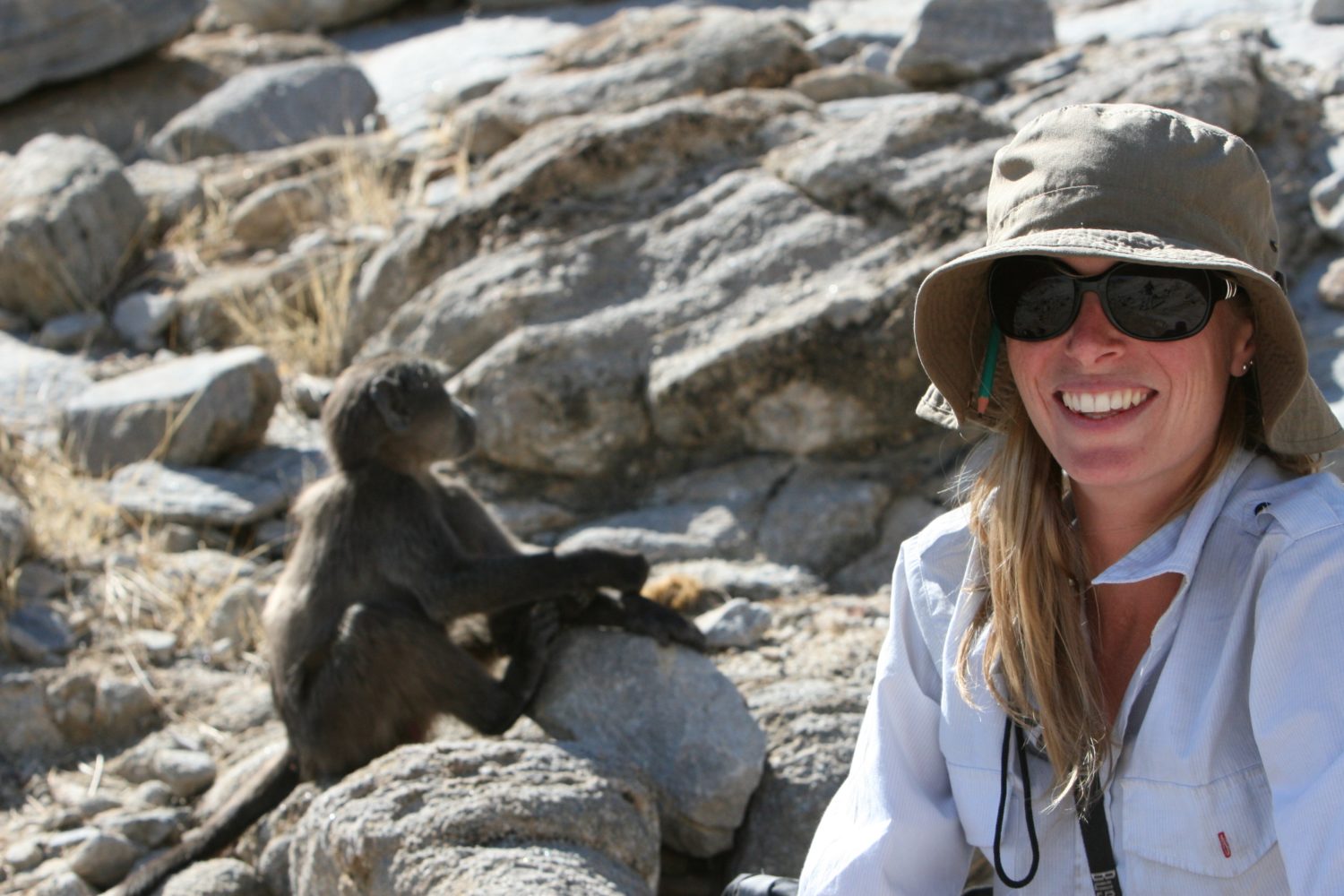 Leakey Foundation grantee Alecia Carter in the field in Namibia.

Culture is a fundamental characteristic of humanity but is rarely found in other animals. This is paradoxical, because a key mechanism in the formation of culture, namely social learning (learning from the observation of others), is widespread in the animal kingdom. I hypothesize that the solution to this paradox may lie in the social and individual constraints on information transmission. In my project, I aim to understand how and why a social primate that has the ability to learn from others—the chacma baboon—rarely exhibits “cultural” behavior. Baboons are an ideal species to study because they are highly gregarious, savannah-living primates similar to early hominids; they learn socially, and information transmission can be tracked under natural circumstances. 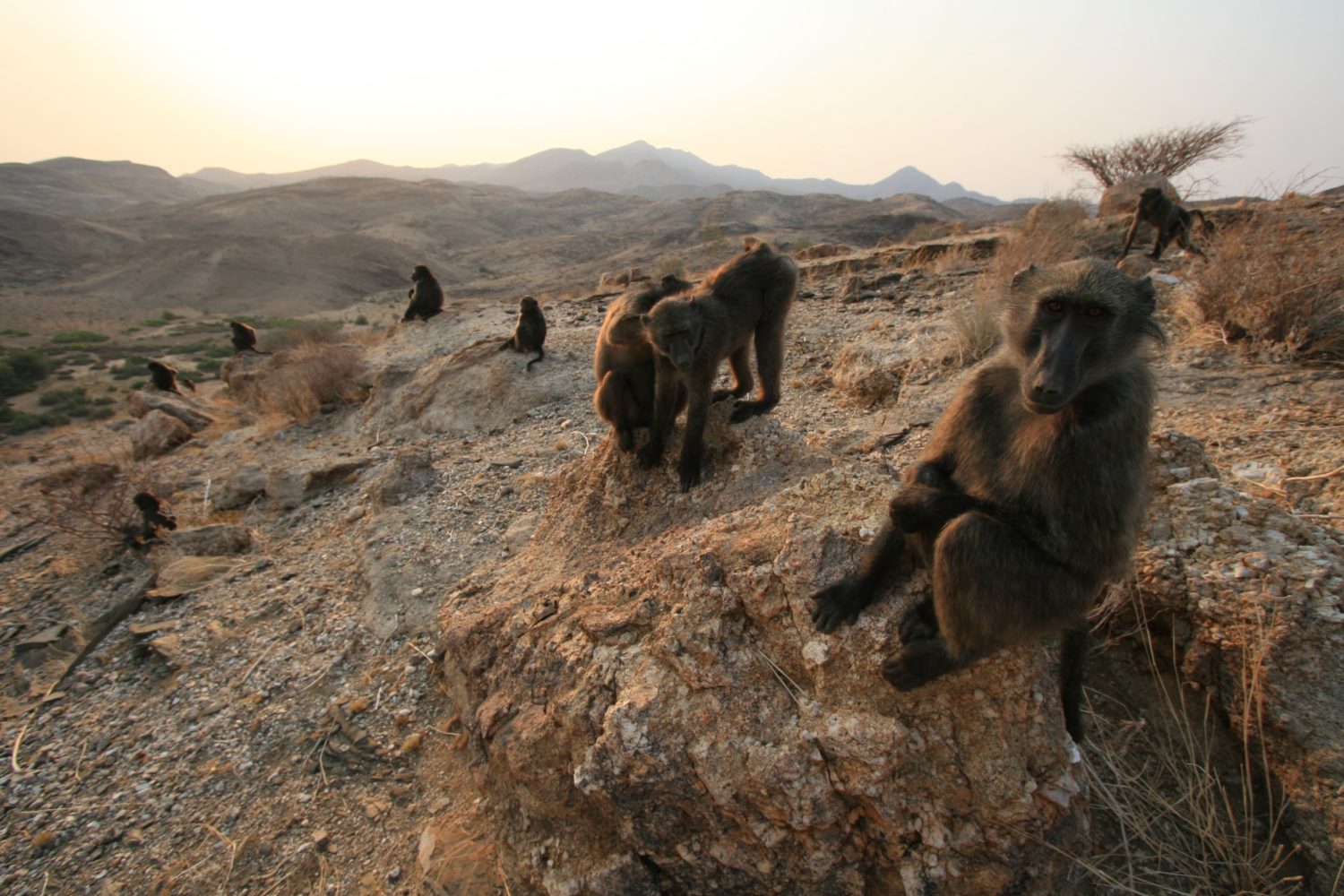 While the emergence of the complex culture found in humans is likely to be strongly linked to the human traits of language and advanced cognitive abilities, the establishment of cultural behaviors within groups fundamentally requires opportunities for the transmission of social information. I hope to learn which individual- and group-level traits promote or retard the transmission of information throughout groups of wild baboons at the Tsaobis Baboon Project in Namibia by experimentally introducing novel information and tracking its spread throughout the groups. Identifying the social and phenotypic constraints on the acquisition and use of information in complex social groups will enhance our understanding of the conditions necessary for culture to emerge in primate societies. 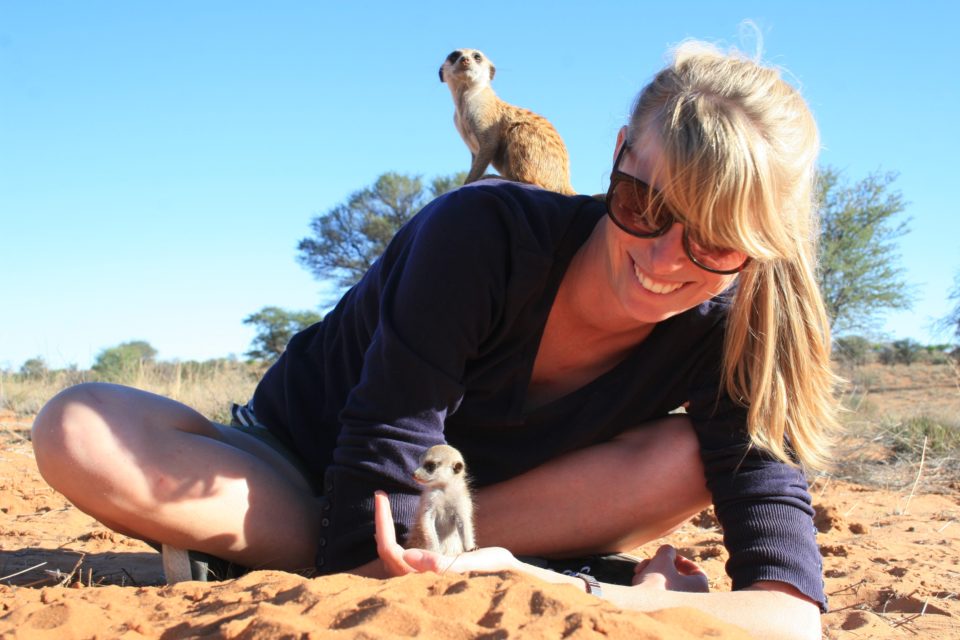 Alecia Carter with meerkats in the field.