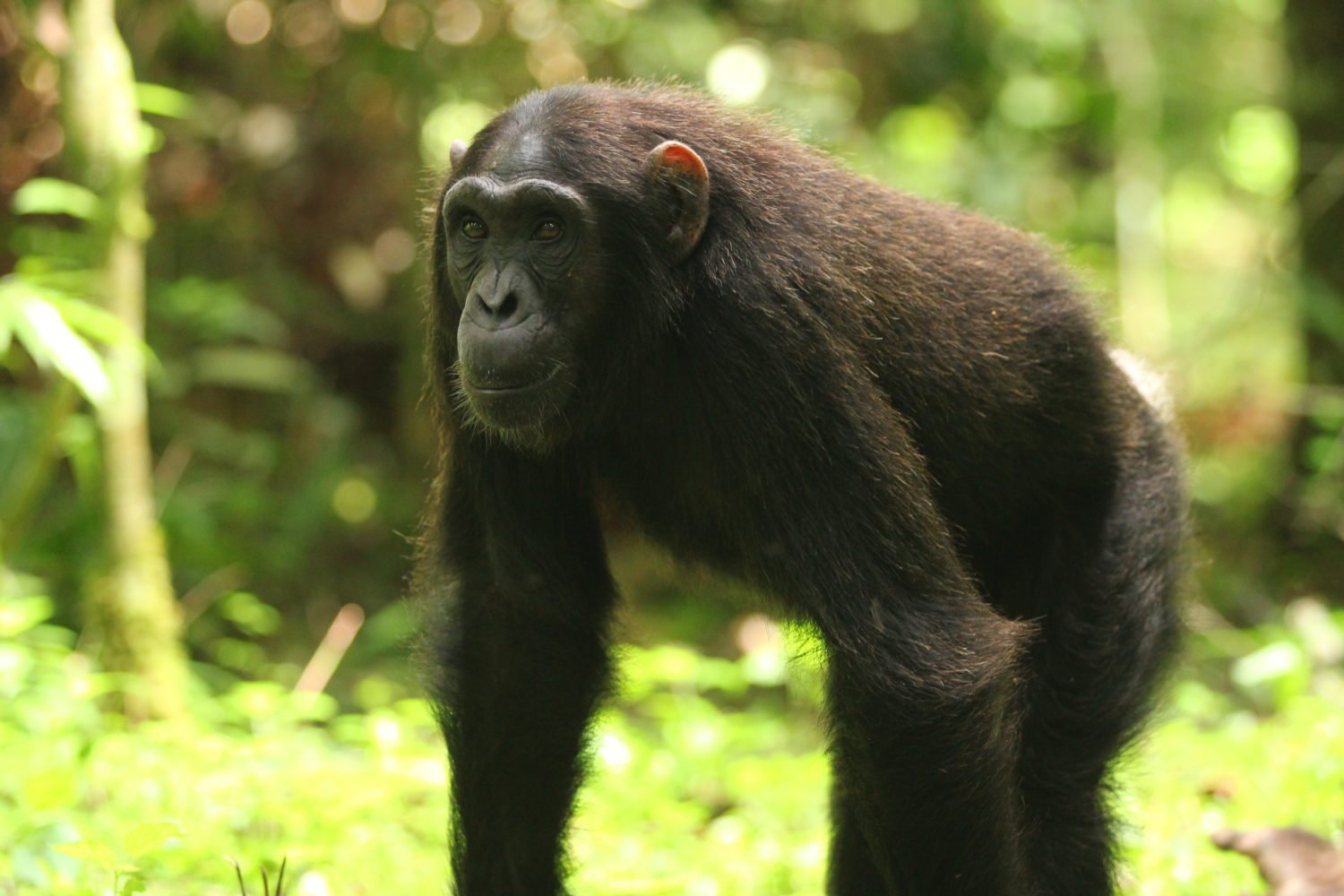 In a thicket on a forest hilltop, two adolescent chimpanzees mate. Afterward, they rest on the ground. Scarlet lies with her cheek on her hands while Booker grooms her back. Booker is 13 years old, with lanky arms and bright, almond eyes. Scarlet is 12, sleek-furred and red-lipped. Adolescent chimpanzees are, like human teenagers, sexually, but not socially or physically mature. Although they have not finished growing up, they are able to have offspring. Scarlet anatomically advertises this: she has a large pink sexual swelling on her rump that indicates she is in estrus, or reproductively active and able to mate (humans—fortunately, I must admit—do not share this anatomical advertisement). 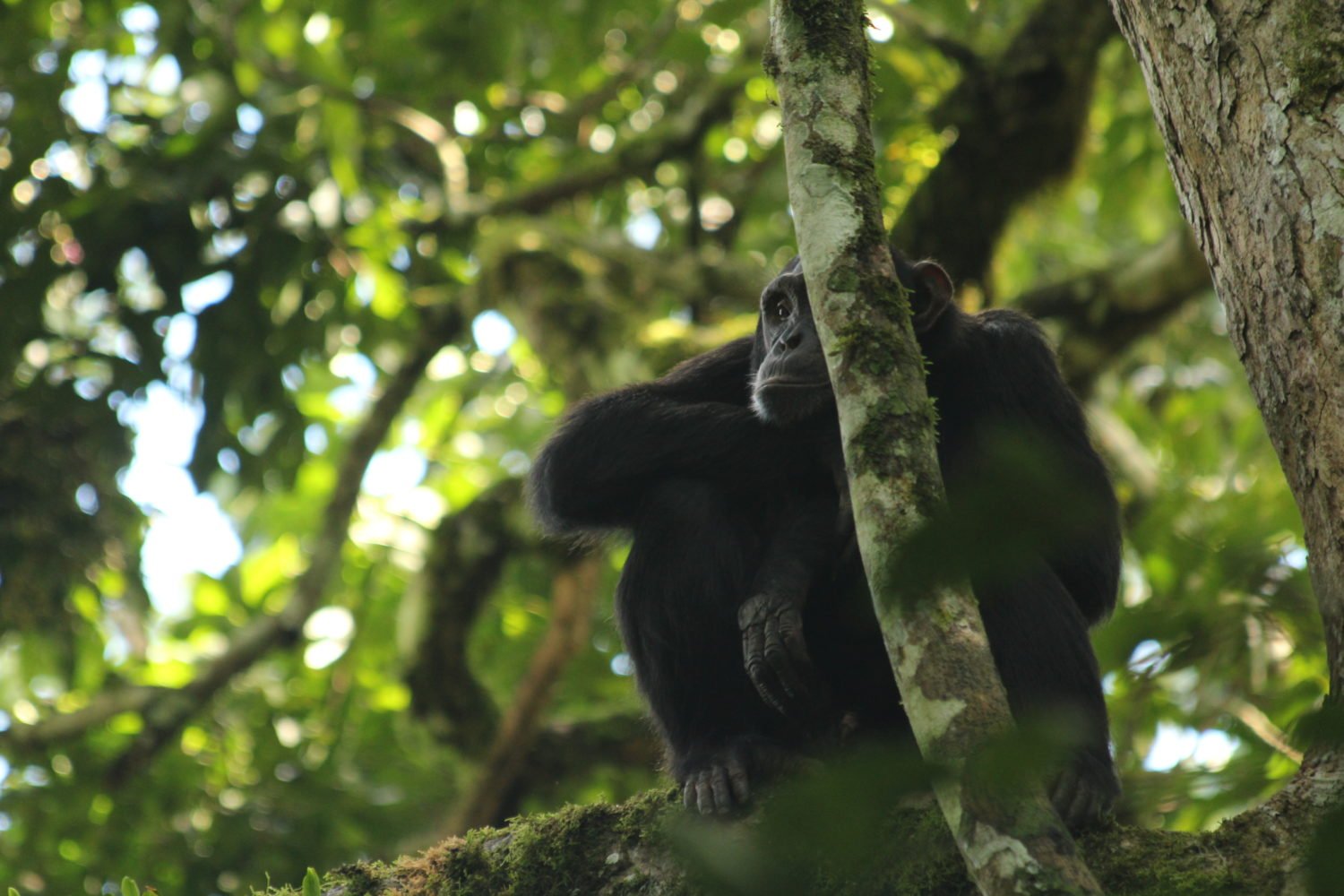 Soon, Scarlet will likely emigrate to a new chimpanzee community where she will reproduce, but Booker will remain here, at Ngogo in Kibale National Park, Uganda, for his entire life. He will grow into an adult and fight other males for a position in a dominance hierarchy where high-ranking males have the most offspring. Still, even now, while he is small and low-ranking, Booker may have a chance to be a father. Adolescent and young adult males mate with females and some even manage to sire offspring. How do they accomplish this? Since these young males cannot directly compete with bigger, stronger adults, they likely use alternative strategies centered on females themselves.

Such female-directed mating strategies have been well documented in adult chimpanzees. Adult male chimpanzees dominate all females and are unusually aggressive to them. This aggression involves sexual coercion; adult males who attack females mate and reproduce with them. Males show more aggression to females they prefer, who are usually older females who have had many offspring.

For instance, east of this hilltop, Scarlet’s mother, Jolie, also has a sexual swelling. Unlike her daughter, Jolie is the target of severe male aggression. More than a dozen adult males surround her in a single tree, the highest-ranking and his friends close to her on branches while low-rankers sit on the ground below with their backs against tree buttresses, looking up at her. These males charge and attack each other and Jolie while she screams and tries to leave the tree. 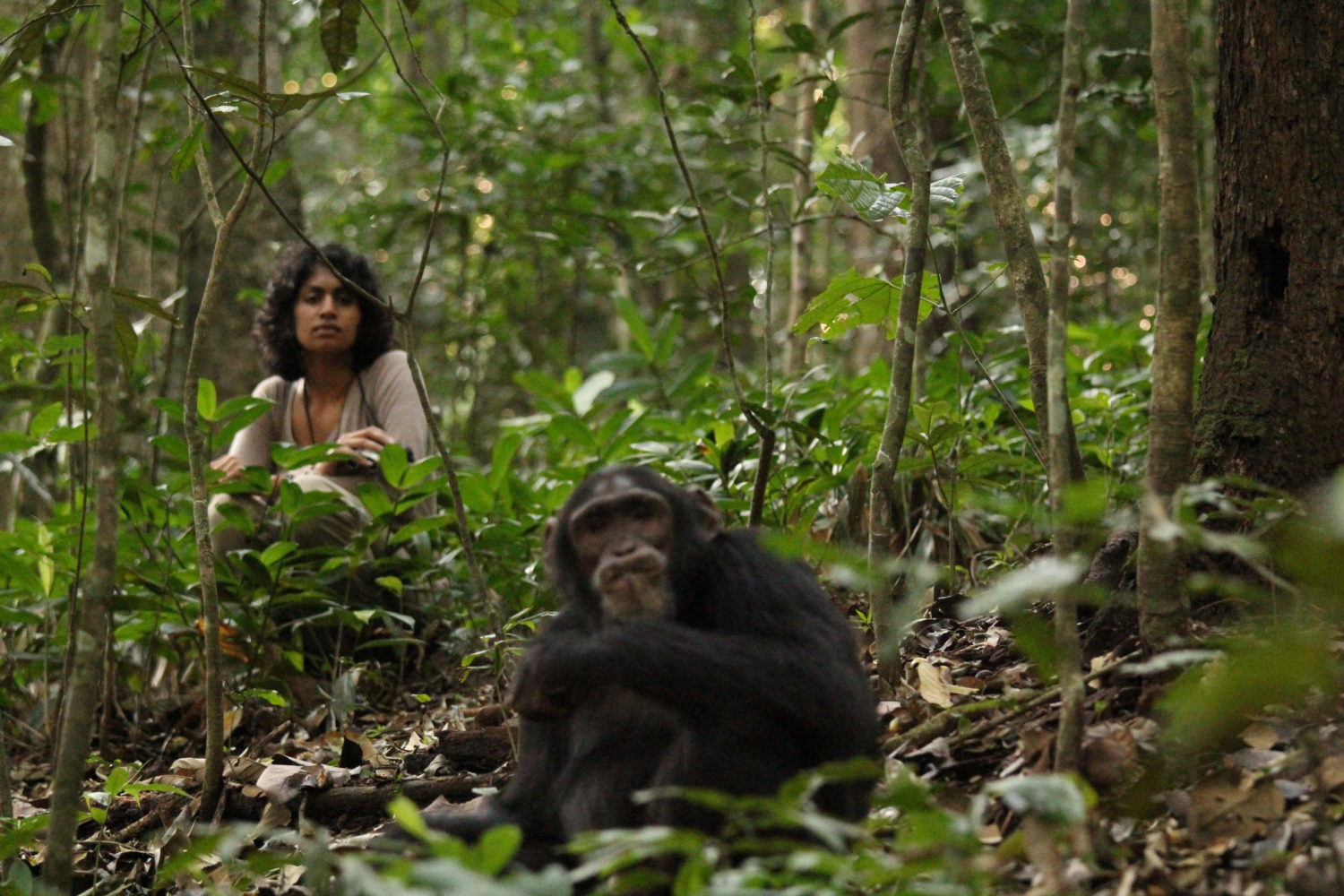 This type of aggressive behavior begins during adolescence. Adolescence is a critical period for male chimpanzees, as it is during this time that they start to dominate females. During this awkward and in-between period of life, however, friendly interactions also occur between adolescent males and females, like Booker and Scarlet above. In my dissertation research, I will investigate how young males use both aggression and affiliation to mate with females, including their adolescent peers, who as immigrants, may also be social outsiders, and adult females, who they may have known for their entire lives.

You can help support long-term primate field research with a donation to The Leakey Foundation! Click here to support research like this.

Rachna Reddy was awarded a Leakey Foundation research grant during our spring 2016 cycle for her project entitled “The development of male reproductive strategies in wild chimpanzees.” You can read a short description of her project by clicking here. 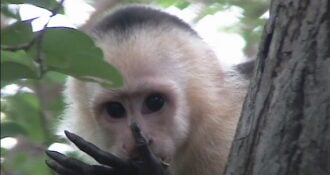 Primate Tales
Darwin is a capuchin monkey who was born during a time of great prosperity for her group. She is the granddaughter of alpha male Pablo and the venerable alpha female Chupacabra. Darwin had a happy and relatively carefree childhood but her life since then has had its challenges.
SEE MORE 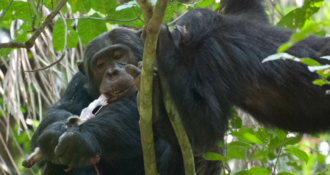 Primate Tales: Edgar and the Appearance of Pyrrhic Victory in Biology

Primate Tales
For more than four years, the alpha male in the Mitumba community of chimpanzees in Gombe National Park has been Edgar, a ruler with an iron fist if ever there was one. 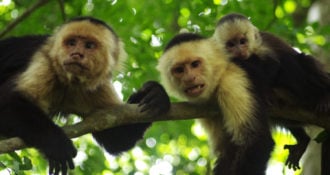 Primate Tales: The Story of Moth, a White-Faced Capuchin

Primate Tales
The first installment of our Primate Tales series is the story of Moth, a male capuchin monkey that lives in Costa Rica. Moth was born into Rambo’s group in 1992. The circumstances of his birth were somewhat unusual, as he is one of very few individuals born into this population who was not sired by the alpha male.
« Primate Tales: The Story of Moth, a White-Faced Capuchin
Primate Tales: Edgar and the Appearance of Pyrrhic Victory in Biology »
« BACK TO BLOG