Rebecca Miller of the University of Liege was awarded a Leakey Foundation Research Grant for her project entitled “The Middle-Upper Paleolithic transition at Trou Al’Wesse (Belgium).” This is her second grant from The Leakey Foundation. You can read more about her 2015 season at this site by clicking here. 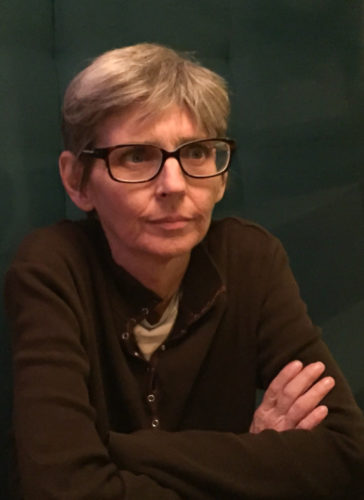 The replacement of Neandertals by modern humans during the Middle-Upper Paleolithic transition has been a longstanding debate with principal arguments focusing on either interspecific human competition or climatic driven environmental change. Dates of around 36,000 years old, obtained from Spy Cave suggest that Neandertals persisted until relatively late in the area. Given that the earliest UP dates in Belgium are 34-33,000 uncal BP, Neandertals and modern humans may have been broadly contemporary. The terrace of the cave site of Trou Al’Wesse in Belgium has a largely unexcavated stratified sequence in units 17 to 15 (MIS 3-2) with Late Mousterian human occupations in unit 17 and Aurignacian in unit 15. It thus offers a good opportunity to obtain detailed behavioral, climatic and paleoenvironmental data for the MP-UP transition and to assess the degree to which climatic oscillations might have affected the presence of hominids in Northwest Europe. This project will ideally contribute to clarifying the timing of the end of the Neandertal occupation and the arrival of anatomically modern humans, changes in climatic and environmental context that affected human presence, and behavioral responses and adaptations to climate and environmental change across the transition 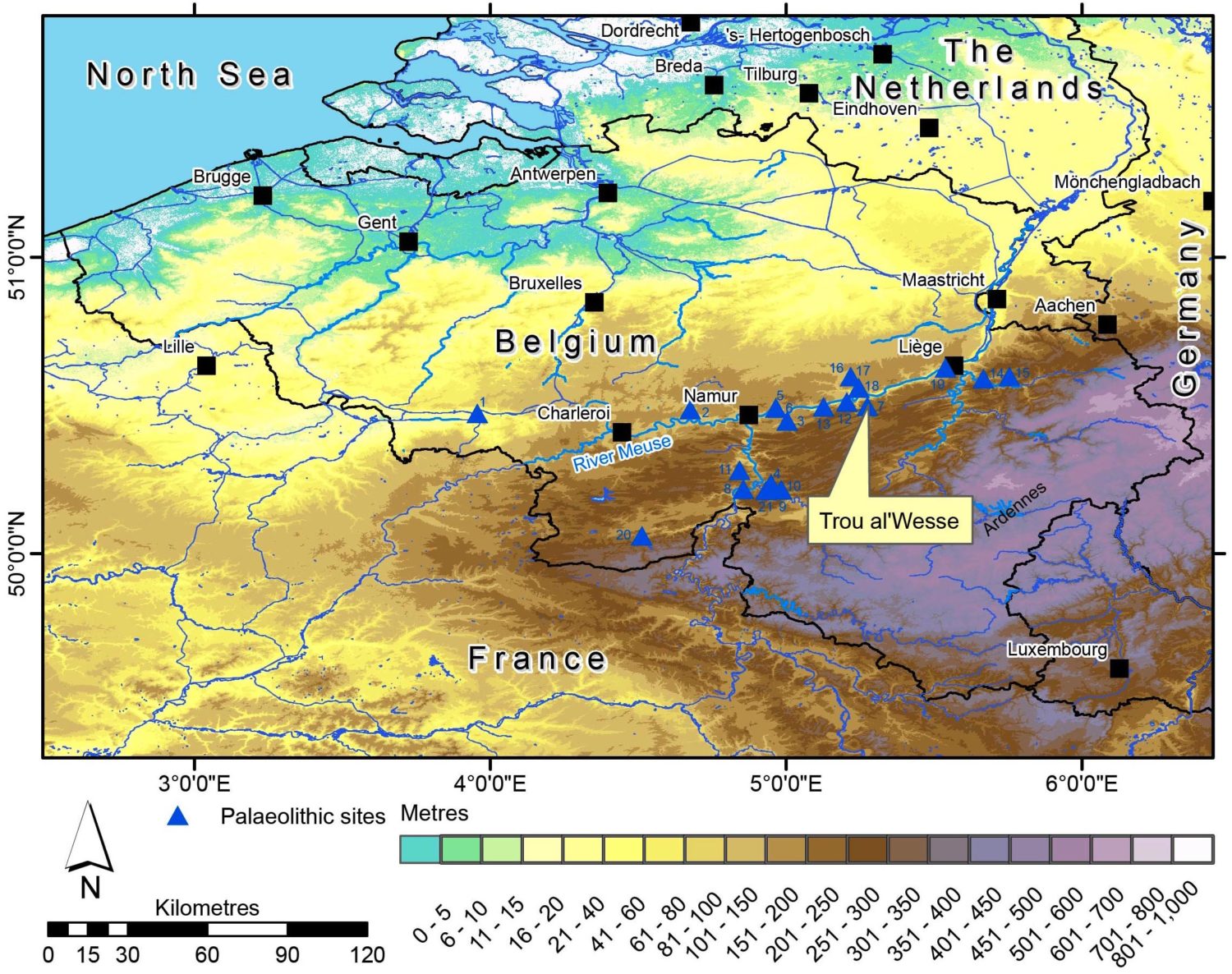 The importance of this site (Figure 1) is due to a) its geographic location on a tributary south of the Meuse and thus relatively isolated from the concentration of other Belgian Paleolithic sites in the eastern and western parts of the Meuse Basin, b) evidence of repeated human occupation during the Mousterian, Aurignacian, Mesolithic and Neolithic periods and c) the presence of a relatively complete stratigraphy from Marine Isotope Stage (MIS) 3 onwards (the terrace fronting the cave has a stratigraphic sequence spanning the period > 45,000 to 4,000 uncal BP) with which to study climate variability and environmental change associated with hominid activity. 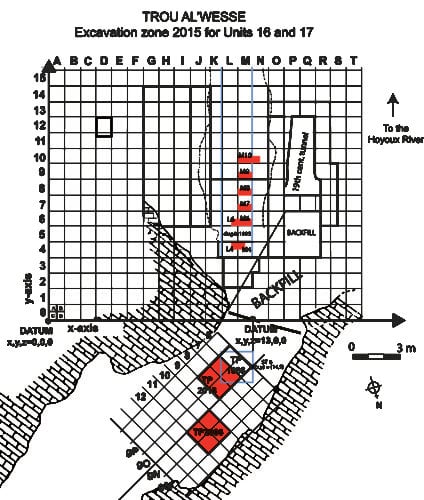 During the 2015 field season, funded by The Leakey Foundation, excavation was conducted in the L-M 4-10 rows in the middle of the zone containing units 17 and 16 (Figure 2). An interdisciplinary approach was applied to record the sedimentary context during excavation, analyze the geological data, lithic and faunal data, reconstruct the chronological framework for the Neandertal occupations and ultimately, the climatic and environmental context. This approach is based on microstratigraphic, taphonomic and spatial analyses to reconstruct site formation processes and evaluate the depositional context, analysis of the lithic assemblages (technology, typology, taphonomy, raw materials), analysis of the faunal assemblages to study behavioral aspects (prey choice, processing, bone tool production) and reconstruct environment and climate phases. Dating of the sequence using OSL and AMS is in progress to propose a chronology for human presence/absence and climatic and environmental change for the ca. 50,000-30,000 BP period covered.

We are all very pleased with the results of the 2015 season, and even more so that The Leakey Foundation has now funded a second season to continue the excavation of these units within the overall 5×4 m area containing this sequence. Alongside the ongoing lithic, faunal and geological analyses, additional analyses supported by the 2016 Leakey grant include near infrared spectroscopy to detect and evaluate collagen content in bone for sample selection prior to AMS dating, pollen analysis for paleoenvironmental reconstruction and LA-ICP-MS analysis in an exploratory study to source the lithic raw materials exploited at Trou Al’Wesse. 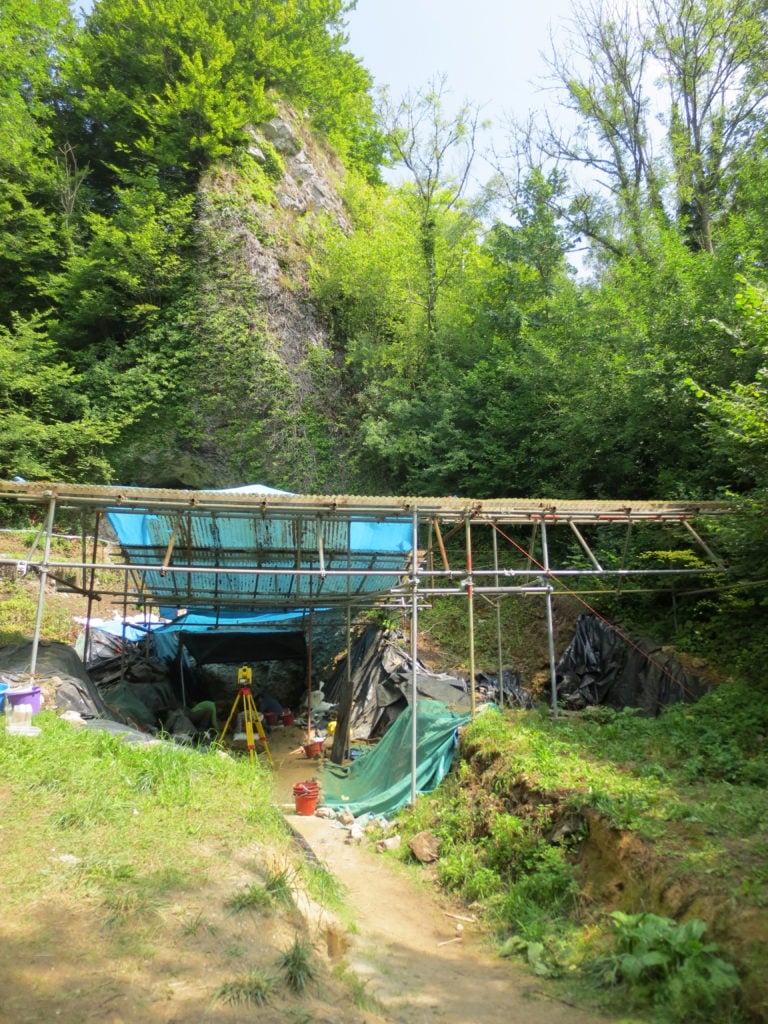 Click here to read more about her team’s 2015 season at this site. 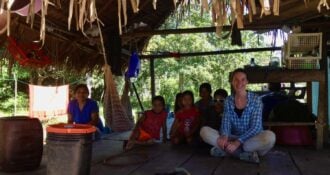 Grantee Spotlight
Dorien de Vries is tracing the evolutionary history of two groups of mammals that share some surprising similarities. Anthropoid primates (like humans, gorillas, baboons, and capuchins) and a group of rodents called the hystricognaths (like capybaras, guinea pigs, and naked mole rats). Their migratory histories make these animals excellent case studies for studying how ecological factors may have affected the evolution of their diversity.
SEE MORE 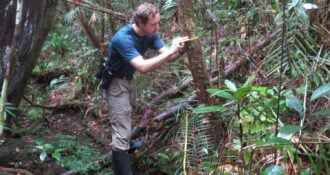 Grantee Spotlight
Will primates move to track changes in their habitats, or might they modify their behavior, or even adapt, in place? If they do move, why? What elements of their habitats are actually changing that make it more or less preferable? These questions frame Leakey Foundation grantee Andrew Bernard's dissertation research in Gunung Palung National Park, West Kalimantan, Indonesian Borneo. 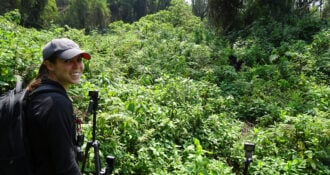 Grantee Spotlight
Leakey Foundation grantee Kelly Ostrofsky studies how wild apes move and climb in their natural habitats. As our closest living relatives, these apes provide an important comparative context for understanding how our ancestors may have moved and climbed.
« Grantee Spotlight: Evelyn Pain
Grantee Spotlight: Mathew Fox »
« BACK TO BLOG