Kevin Hatala is an assistant professor of biology at Chatham University. He was awarded a Leakey Foundation Research Grant in our fall 2017 cycle for his project entitled “Paleoecological investigation of 1.5 Ma footprint sites near Nariokotome, Kenya.” 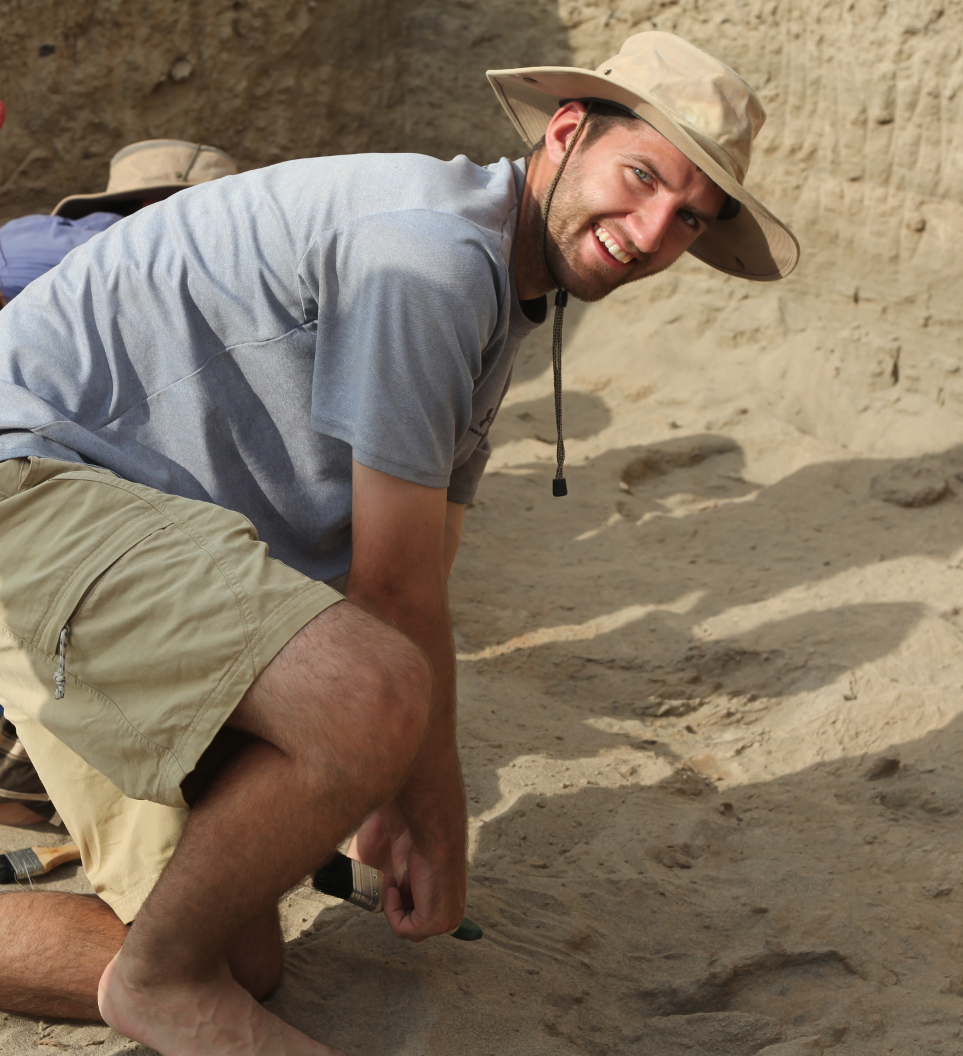 Historically, fossil footprints have been a relatively scarce and therefore understudied component of the human fossil record, with a few notable exceptions such as the famous ~3.7 million-year-old footprints from Laetoli, Tanzania.

Within the past decade or so, this paradigm has been shifting due to a surge in Plio-Pleistocene hominin footprint discoveries across Africa and Europe, and just this year in the Middle East and North America. These fossil footprints offer information that cannot be accessed from skeletal fossils:  They are essentially the only direct fossil records of articulated foot anatomy and locomotion, and they offer unique snapshots of behavior at discrete moments in time. For example, given the short time spans in which fossil footprint sites form, we can catch glimpses of animals (sometimes hominins) that must have lived at the same time in immediate proximity to each other, or potentially even lived together. We can trace how these animals interacted with each other and with members of other species, but also how they were interacting with the natural landscapes around them. With the recent discoveries listed above, we have already gained several fascinating snapshots of hominin anatomy, behavior, and ecology over the past ~1.5 million years. 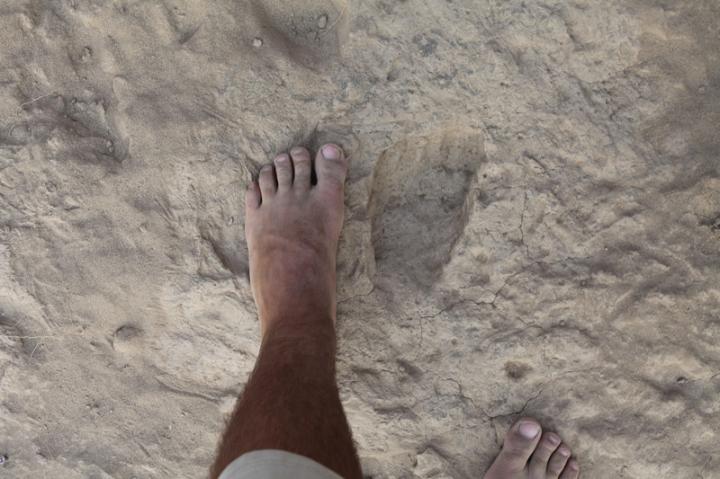 My co-PIs, Dr. Neil Roach (Harvard University) and Dr. Kay Behrensmeyer (Smithsonian Institution), and I collaborated previously on the east side of Lake Turkana, where our research team discovered, excavated, and analyzed more than 20 fossil footprint sites dating to ~1.5 Ma. Of these >20 sites, five contained assemblages of fossil hominin footprints, which we currently believe are most likely attributable to Homo erectus. Our analyses of those footprints have supported hypotheses that H. erectus had a human-like postcranial anatomy and gait, suggested that H. erectus may have lived in human-like multi-male social groups, and implied that H. erectus regularly used lake margin habitats perhaps to access aquatic foods or water.

In the current project, we plan to apply similar methods to excavate and analyze known, but unstudied, ~1.5 Ma footprint surfaces near Nariokotome, Kenya. These surfaces include sediments directly associated with the famous Nariokotome Boy (KNM-WT 15000) H. erectus skeleton. Our analyses of these footprints, and the associated skeletal fossils and geological contexts, will include direct comparisons with similar records from East Turkana. These comparative analyses will allow us to examine potential differences in hominin ecology and land use patterns across the Turkana basin at ~1.5 Ma. Together, these data sets will allow us to address key evolutionary questions regarding the patterns of ecology and land use that allowed some of the earliest members of our genus to survive in, and migrate through a broad range of dynamic environments in the early Pleistocene.