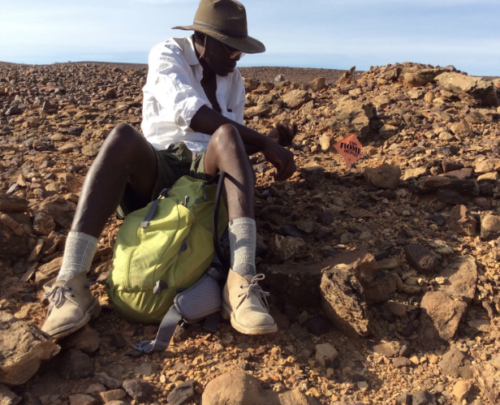 Isaiah Nengo at work in the Lake Turkana Basin

Plio-Pleistocene sediments of the Lake Turkana basin have provided numerous fossils key to our current understanding of the origin and evolutionary history of the hominid lineage in Africa.  Scattered within the vast Plio-Pleistocene deposits are small Miocene sites documenting the evolutionary history of the ape lineage preceding and leading to the emergence of hominids.   I have teamed up with Ellen Miller of Wake Forest University on a field research program at the early Miocene of Buluk on the eastern side of Lake Turkana and on the southern side of the Lake at the middle Miocene of North Napedet. 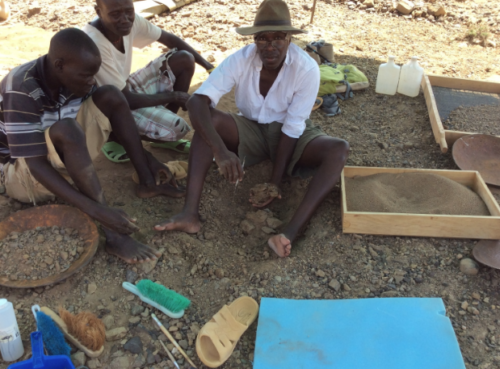 The Koobi Fora Research Project first surveyed the Miocene at North Napedet in 1990 and 1992.  A single canine belonging to a carnivore was recovered.  There was no further work at Napedet until the survey I conducted in February 2013, assisted by a Koobi Fora Research Project team. We successfully relocated the site, obtained GPS coordinates for two areas with dense bone concentrations, and collected a few mammal fossils.  The two weeks I just spent at North Napedet in August/September 2014 marks the first systematic collection of fossils from the Middle Miocene localities at Napedet.  Mr. Gordon Getty, through a Leakey Foundation grant, funded the fieldwork, while the Turkana Basin Institute and the Foothill-De Anza Foundation provided logistic support.

I arrived at the Turkana Basin Institute Turkwel Facility on August 28, 2014.  The following day, August 29, I departed Turkwel and set up field camp accompanied by a 6-member crew.  The team members, all Kenyans, were four locals John Ekusi, Abdullah Ewoi, Akai Ekes, Bernard Ewoi, and the field manager Cyprian Nyete. We spent a total of 15 days at Napedet, arriving back at TBI Turkwel on September 13 and were able to recover a total 38 new specimens.  The new specimens include a canine of a hominoid, two maxillary fragments of a rare middle Miocene hippopotamid, and two remarkably well preserved fossil fruit. The most spectacular discovery was that of a complete and beautifully preserved cranium of an anthropoid juvenile.

The study of the cranium is underway.  The study team members are John Fleagle, SUNY Stony Brook, Chris Gilbert, CUNY, New York, and Ellen Miller, Wake Forest. Fred Spoor, University College, London, has generously agreed to assist with the CT-scanning.  We plan to resume fieldwork at Napedet next summer to excavate the area where the cranium was discovered and to survey for new areas of bone concentration.  We also expect to launch, starting the summer of next year, a joint field school with Turkana Basin Institute to excavate two giant bone beds at Buluk.

Isaiah Nengo is a professor of anthropology at De Anza College. He earned his PhD at Harvard University and did his undergraduate work at Nairobi University in Kenya. His primary focus is to document origins of the ape lineage, the evolutionary roots of the human lineage, and the adaptive emergence of human bipedalism in the fossil record of the Miocene (approximately 25 to 5 million years ago) in Africa. He is the recipient of multiple Leakey Foundation grants. 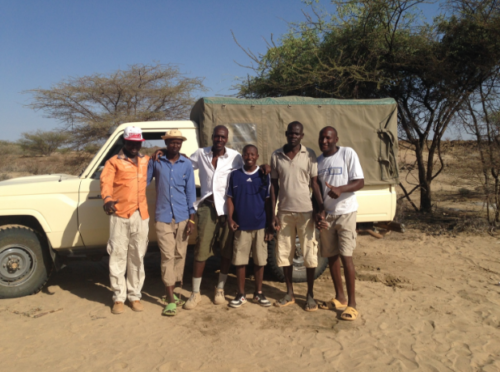 Isaiah Nengo and the team 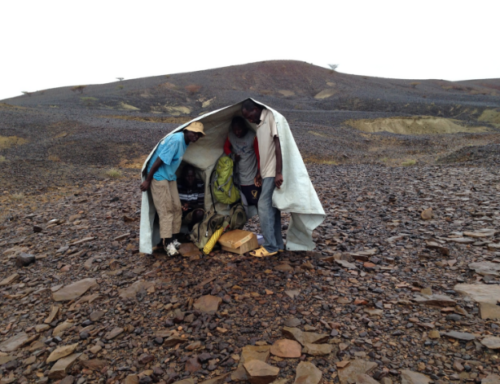 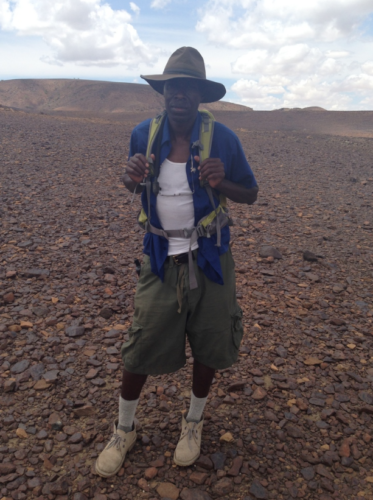 Category: : From the Field
SUBJECT(S): from the field

From the Field
Leakey Foundation grantee Shannon Mc Farlin sends an update from the Bwindi Impenetrable National Park in Uganda where she has been cataloging the skeletal remains of mountain gorillas.
« Dispatches from the Amazon
From the Field: Alexandra Uhl at the StEvE Conference, University of Tübingen »
« BACK TO BLOG