From the Field: Abigale Koppa, Kenya

Abigale Koppa is a PhD candidate at Stony Brook University. She was awarded a Leakey Foundation Research Grant during our spring 2016 cycle for her project entitled “Nutritional and mechanical properties of Kenyan savanna and wetland plants.” 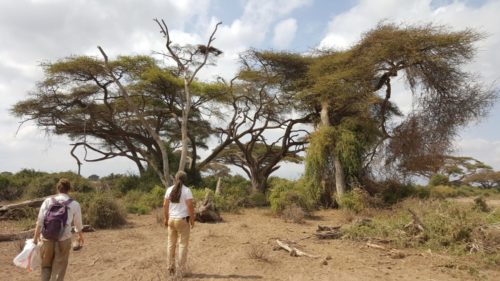 Our Acacia woodland transect had been heavily grazed by park animals and cattle from local Maasai herds.

My field site is Amboseli National Park in southern Kenya, near the border with Tanzania. The park is in the Kilimanjaro foothills and probably most famous for its very large elephant populations and troops of yellow baboons. I am very fortunate to work with two brilliant graduate students, Jennifer Leichliter and Oliver Paine, from the Department of Anthropology at the University of Colorado – Boulder, who have made three trips to Amboseli with me.

Jen, Oliver, and I were in the field for about three weeks in August collecting dry season plant samples for mechanical and nutritional analysis. This was my first time in Amboseli during the dry season, which lasts from June through October. It was incredibly dusty, and the park was absolutely packed full of animals. When the weather is dry, they are very dependent on the park’s wetlands for water. There were elephants, wildebeest, gazelle, impala, zebra, waterbuck, and giraffe all drinking together, something I never saw during the wet season. 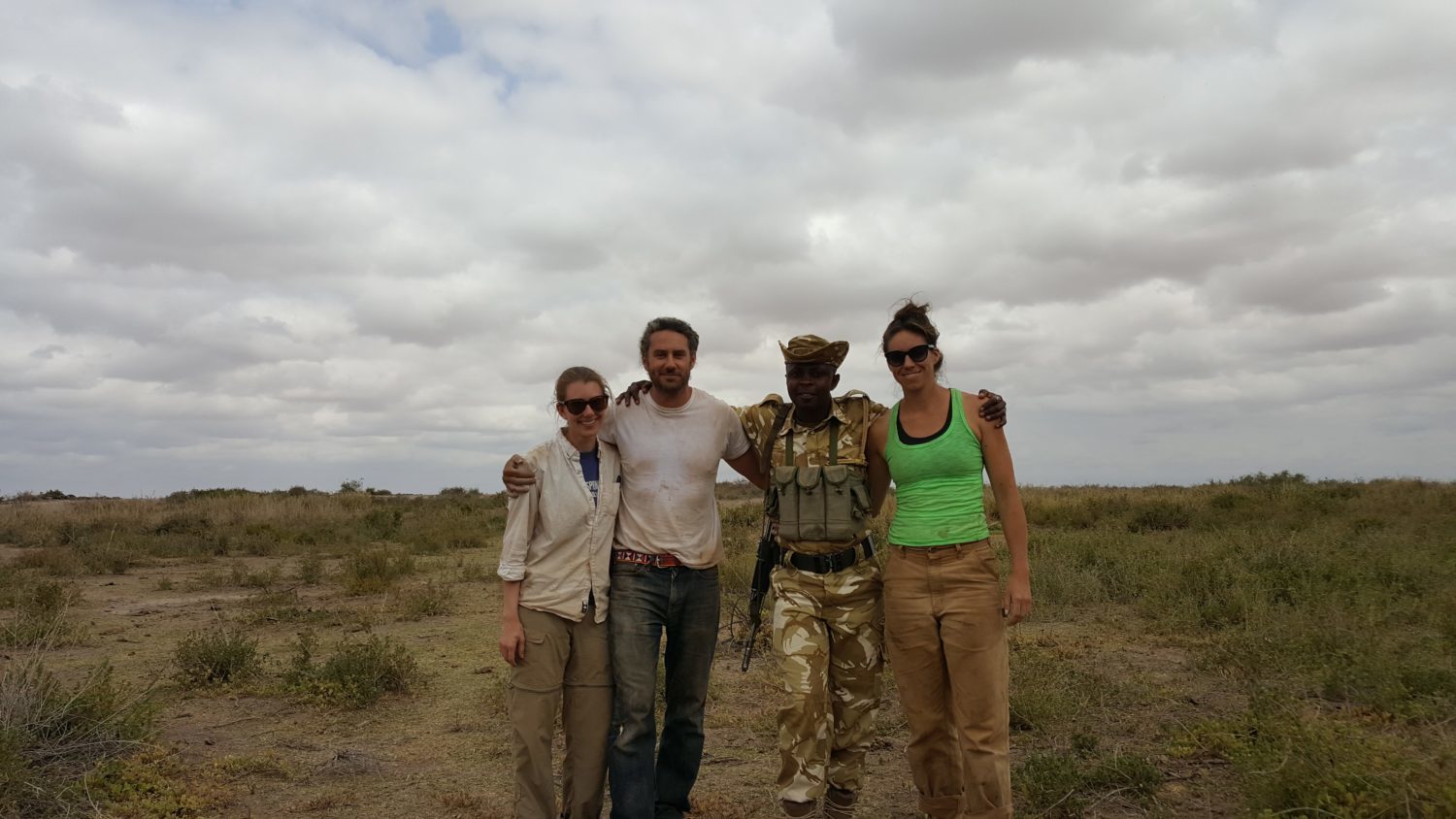 I wasn’t prepared for how scrubby the park would look during the dry season. Some of the plant species we collected last year during the rains were not available for collection this time; they’d been eaten probably months before. It looked like someone had taken a lawn mower to one of our sampling transects in an Acacia woodland. Dense mats of grasses growing happily under the trees in May were reduced to nothing but grey dirt come August. The exceptions were the grasses and sedges growing near the wetlands, which were some of the only green vegetation to be found in the entire park. It’s amazing that the animals are able to survive in such bleak conditions. I also wasn’t prepared for the high wind, which would sweep up the dust into cyclones. These “dirt devils” would blow through our camp, leaving us scrambling to keep notebooks and sample bags from flying away.

This trip was the last of my PhD, which is a very bittersweet milestone. I will miss working in the field, but I am also really looking forward to spending some time in the lab. 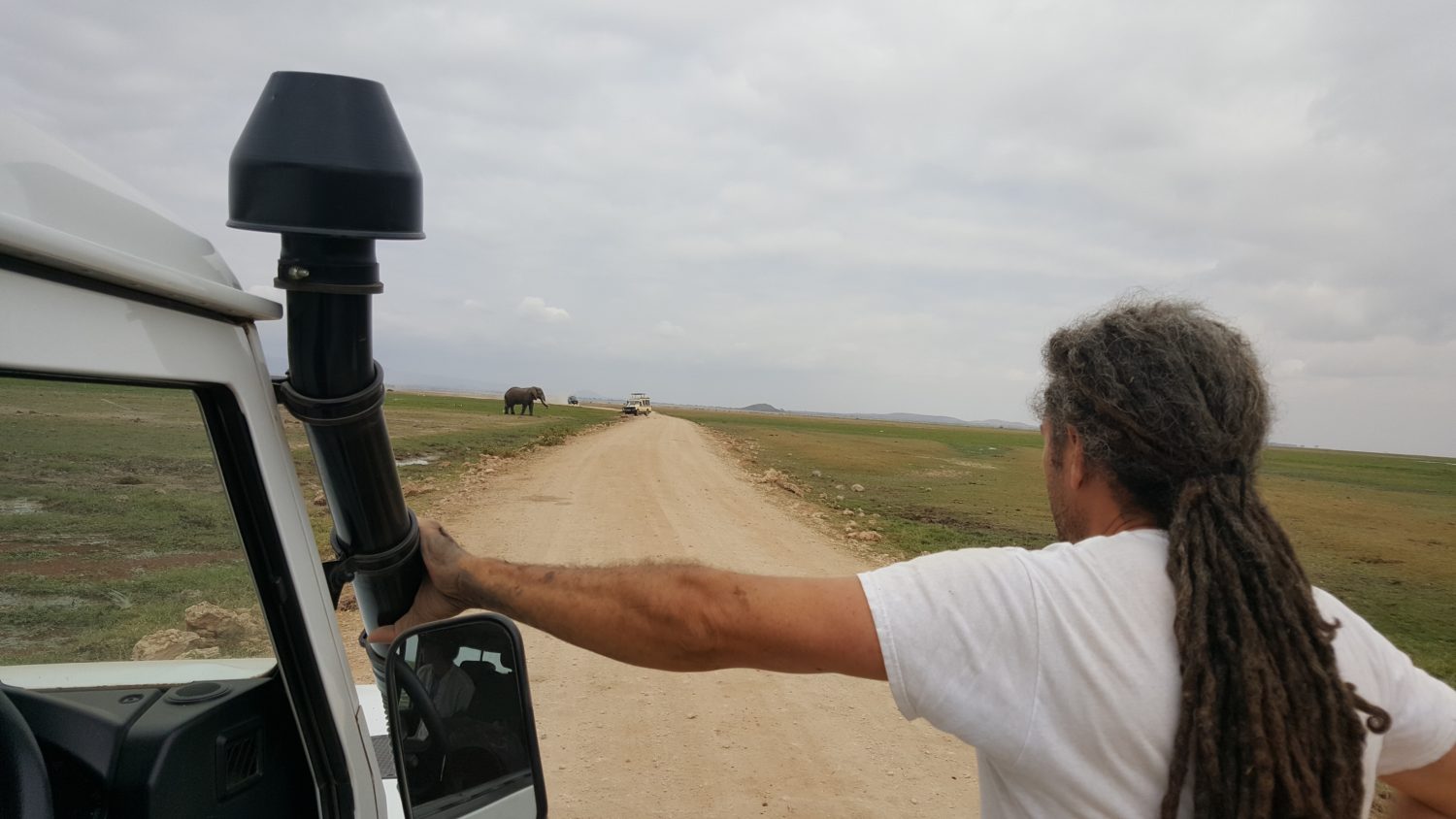 Shortly after this photo was taken, the elephant took a stroll through our transect. 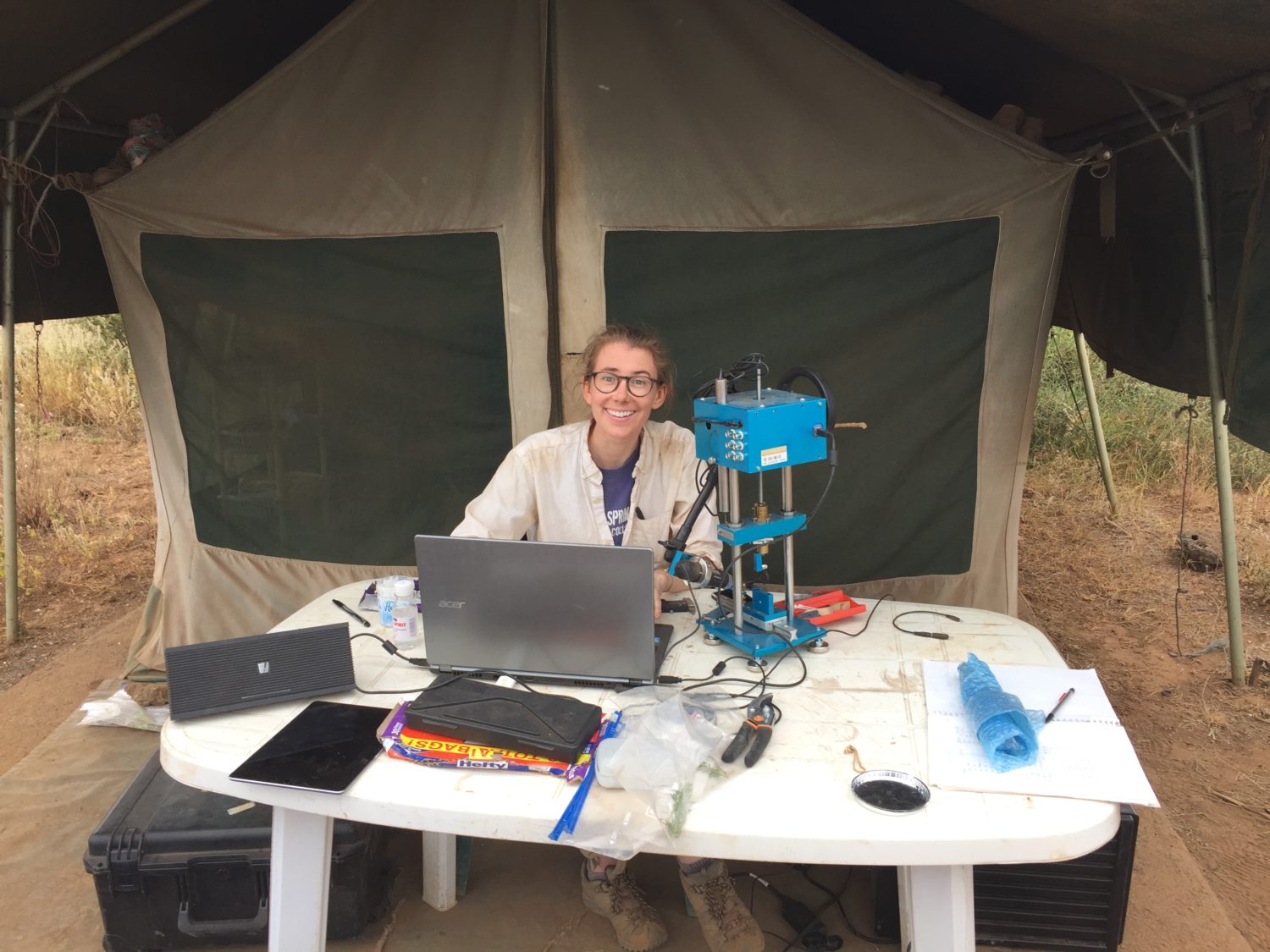 From the Field
Leakey Foundation grantee Shannon Mc Farlin sends an update from the Bwindi Impenetrable National Park in Uganda where she has been cataloging the skeletal remains of mountain gorillas.
« From the Field: Nicole Herzog, Senegal
From the Field: Hilary Duke, Kenya »
« BACK TO BLOG