Homo naledi and the Chamber of Secrets

May 14 is the final day for discounted ‘early bird’ tickets for our upcoming lecture, “Homo naledi and the Chamber of Secrets” with Dr. Jeremy DeSilva. The lecture will be held at the Houston Museum of Natural Science on May 21 at 6:30 pm.

The largest collection of ancient human bones ever discovered in Africa was excavated from chambers deep within South Africa’s Rising Star cave. In 2013, six women scientists squeezed through the twisting passages of this cave to unearth more than 1,500 fossils representing at least 15 individuals of the newly discovered early human species Homo naledi.

In this lecture, paleoanthropologist and Homo naledi study team member Dr. Jeremy DeSilva will discuss what we know about these fossils and how these findings are changing not only science, but how we define “human.”

Student tickets will also be available at the box office. Show your valid student ID for $8.00 student admission.

Get your tickets now! 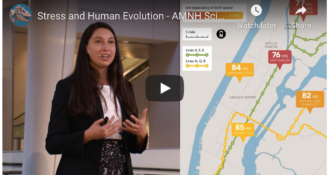 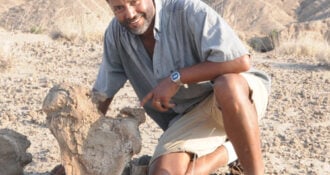 Speaker Series
The Leakey Foundation's "Speaker Series on Human Origins" brings world-class speakers to give fascinating public lectures at museums and other institutions around the United States. The fall 2019 series will feature the latest discoveries and developments in paleoanthropology and human evolution research, including current research on Denisovans and Neanderthals, the importance of children and grandmothers in understanding human origins, and a celebration of the 45th anniversary of the discovery of "Lucy." 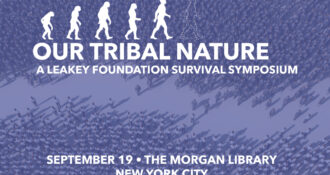 The Leakey Foundation, Speaker Series
If you are in New York, the best way to join us for "Our Tribal Nature: Tribalism, Politics, and Evolution" is to purchase one of the few remaining tickets and watch it live at the Morgan Library. If you can't make it in person, you can watch via livestream on our YouTube channel or Facebook page!
« San Francisco Lecture Explores New Discoveries about Chimpanzees
The Leakey Foundation to Hold Symposium on Tribalism, Politics, and Evolution »
« BACK TO BLOG