From the Field: Marco Peresani, University of Ferrara

Marco Peresani was awarded a Leakey Foundation Research Grant during our spring 2015 cycle for his project entitled “Rediscovering the Uluzzian in Italy.” 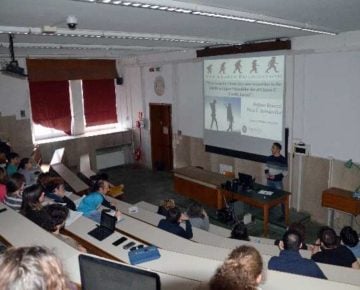 The closing workshop dedicated to the Leakey Foundation project “Rediscovering the Uluzzian” was organized at the University of Ferrara in the main lecture hall with the aim to present and discuss the new data achieved at the conclusive phase of the one-year project through the exploration of recently discovered sites and the re-opening and excavation of partially investigated sites across Italy from the extreme south to the north-eastern regions.

A few dozen archaeologists, PhD, MA and undergraduate students, attended and contributed to the final discussion revolving around the podium presentations given by Marco Peresani, principal investigator from the University of Ferrara, Adriana Moroni, Jacopo Crezzini and colleagues from the University of Siena, and Stefano Benazzi and colleagues from the University of Bologna, on the Riparo del Broion, Grotta di Uluzzo C, Grotta di Castelcivita and Grotta della Cala sites. Sources of data mostly came from fieldwork, zooarchaeological studies and re-examinations of lithic assemblages. More specifically, Riparo del Broion has been confirmed to pertain to the Uluzzian, as it has been demonstrated from the techno-typological composition of lithics, which share common features with the southern sites in Italy, but also partly with the sequence of Grotta di Fumane. Another positive result has been produced from Grotta di Uluzzo C, a cave largely explored long time ago although not totally dug in the Uluzzian levels. After the old trench was re-opened and refreshened, the site has revealed the existence of a portion of the Uluzzian deposit still in place. Old sections have also been successfully refreshened for sampling and planning for future investigations at Grotta di Castelvicita and Grotta della Cala, two sequences of key importance for the assessing cultural dynamics across the Uluzzian time-frame. 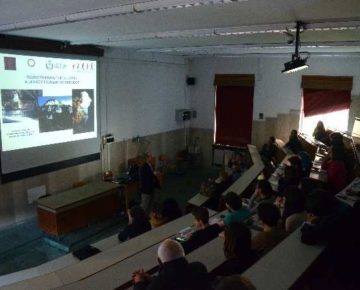 Zooachaeological examination of hunted ungulates from Grotta di Castelcivita and Riparo del Broion have offered opportunity to reconstruct hunting behavior in the specific regional context. However, further studies are needed especially on lithics aimed to evaluate the significance of the splintering technology and bipolar percussion on anvil, a procedure shared from northern and southern sites across Italy. In conclusion, some of the previously unconsidered sites that were taken into account for this project have disclosed a great potential for the reconstruction of behavioural dynamics across the Middle Palaeolithic — Upper Palaeolithic transition. New fieldworks and studies will deeply explore this potential despite the present-day paucity of human remains.

Category: : From the Field
SUBJECT(S): uluzzian 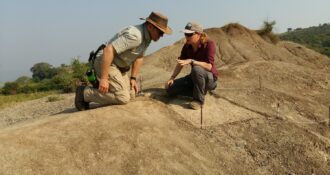 From the Field
Rusinga Island, Kenya, is a fossil site that preserves everything from the smallest rodents to the largest elephants, from insects and snails to leaves and fruits. Leakey Foundation grantee Lauren Michel sends a report on some surprising recent discoveries.
« From the Field: Laurence Dumouchel
From the Field: Maura Tyrrell in Indonesia »
« BACK TO BLOG