Brenna Henn is an associate professor at the University of California, Davis. She was awarded a Leakey Foundation Research Grant in our fall 2016 cycle for her project entitled “Testing for ancient population structure in southern Africa via extensive DNA collection.” 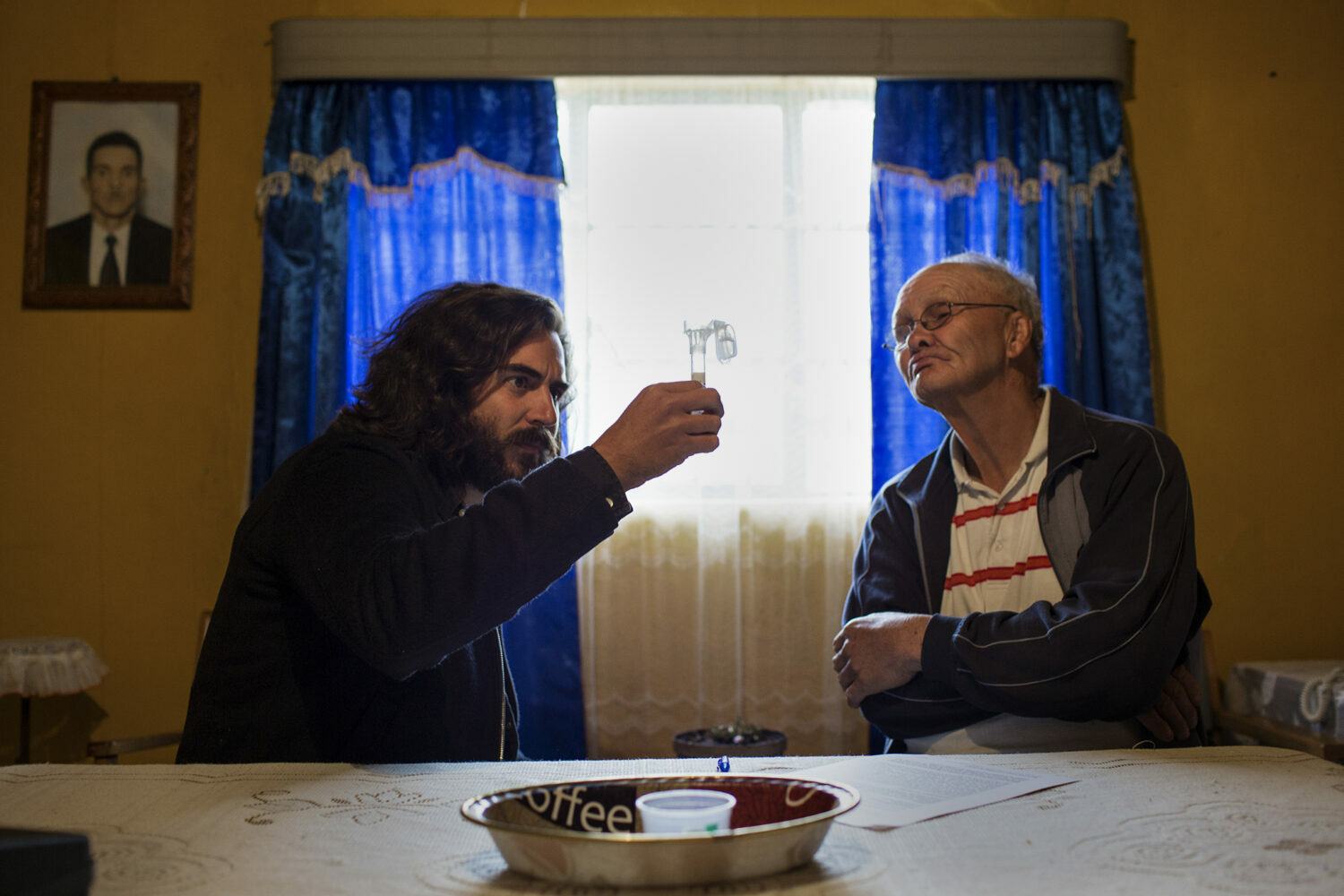 Checking a saliva collection tube for DNA sampling in the Cederberg Mountains (SUNY Stony Brook team member from the Henn Lab: Justin Myrick ). Photo credit: photo is the copyright of National Geographic Magazine / Robin Hammond with permission to use for this Leakey News from the Field. Individuals have consented to public release of this photo.

Since 2005, I have been working in the Northern Cape Province of South Africa among people who identify as San, Bushmen, ≠Khomani San, Nama, and Coloured, or collectively as “KhoeSan.” However, further south, you would be hard-pressed to find someone in the Western Cape Province who identifies with a traditional KhoeSan cultural group. Rather most people who have KhoeSan ancestry may call themselves “Coloured” (an apartheid term), “South African,” or “I don’t know what I am.” 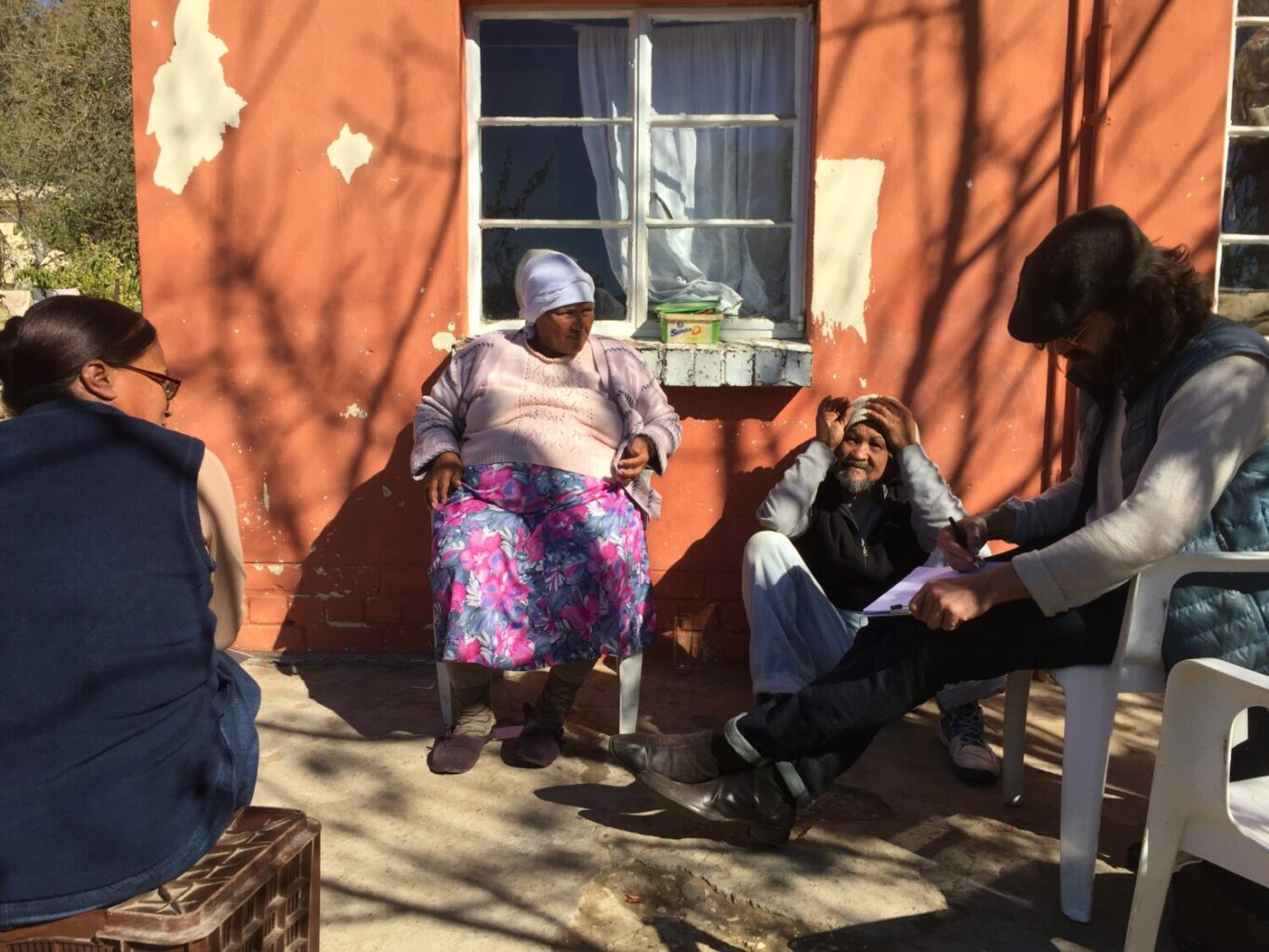 Much of the population genetic research on KhoeSan peoples is done with the indigenous hunter-gatherers of the Kalahari Desert, called the San or Bushmen (a derogatory term, but sometimes used by the people themselves). KhoeSan people and their ancestors, however, occupied a large area of Southern Africa, and if we are to grasp the true extent of human genetic diversity, we must include the KhoeSan peoples and their descendants from outside the Kalahari. At the time of European colonization, the Cederberg Mountains were historically home to hunter-gatherer KhoeSan peoples; their presence today in the area is largely unrecognized. This project will bridge my previous work by characterizing the rich shared ancestry of the Kalahari San, the Namaqualand Nama, and the Cederberg Coloured.

In 2017, with my team from SUNY Stony Brook (now at UC Davis), we collected saliva samples from 200 individuals in small villages throughout the Cederberg. The benefits of collecting saliva in the field is that it’s non-invasive compared to taking blood samples. Collecting saliva is weird though, and participants will sometimes become embarrassed or wonder why anyone would want “spoeg,” as even doctors don’t look at spit! However, saliva contains white blood cells which are an excellent source of DNA.

A major shortcoming in human genetics is that our understanding of the genetic underpinnings of our phenotypes lacks data from sub-Saharan Africans, the populations with the greatest amount of genetic diversity. In addition to investigating human ancestry and past migrations, my team also works to elucidate the genetics behind height and skin pigmentation. Discussing skin pigmentation and ancestry in South Africa is laden with sociopolitical histories of oppression that still have effects today. Each interview with a participant begins with an in-depth consent and project description process. 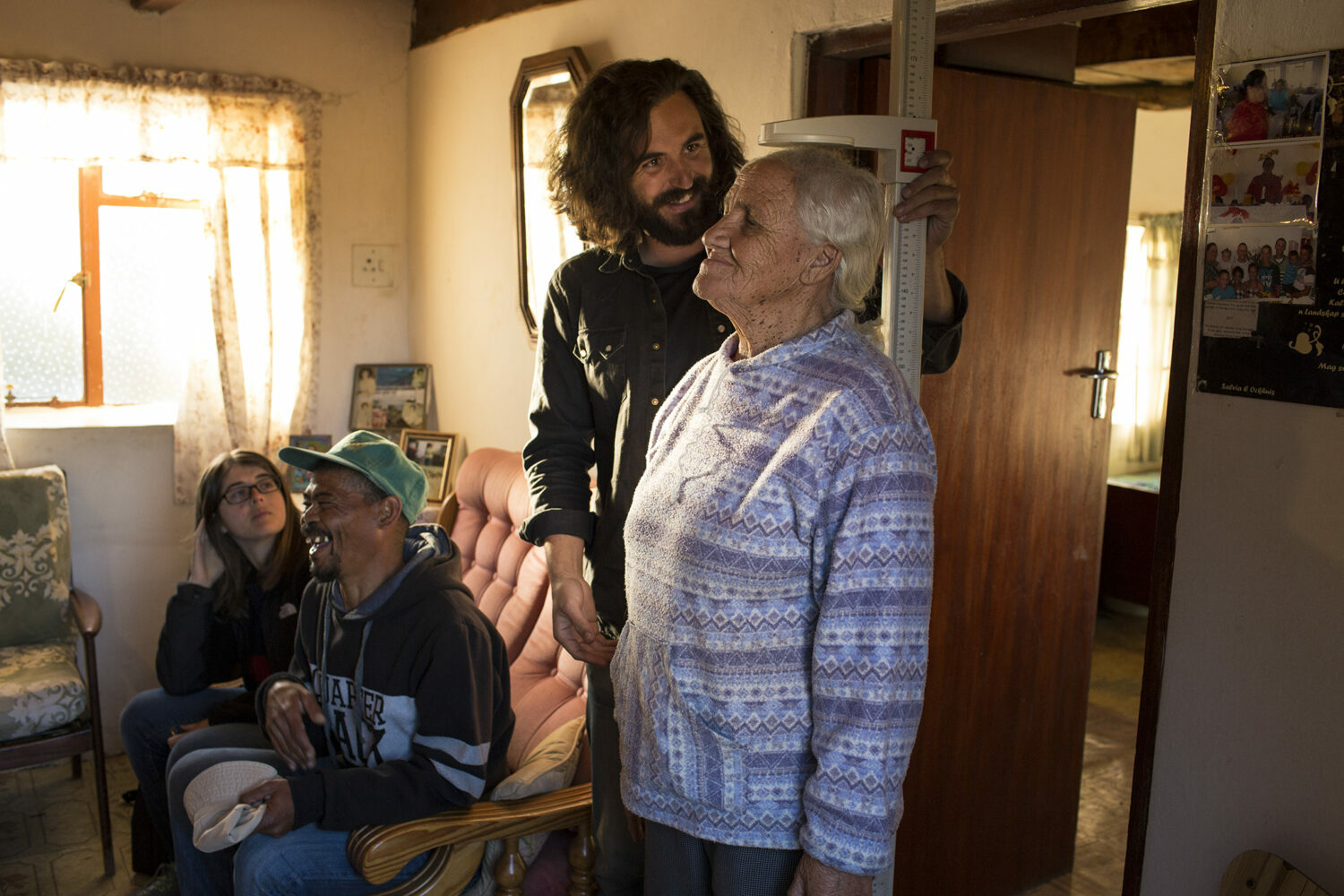 Measuring height for a woman from the Cederberg, with research assistants in the background (Henn Lab from SUNY Stony Brook: Rebecca Siford, Justin Myrick; local research assistant Riann Salomon). Photo is the copyright of National Geographic Magazine / Robin Hammond with permission to use for this Leakey News from the Field. Individuals have consented to public release of this photo.

Researching ancestry and skin pigmentation opened the door to various unexpected ethnographic interviews with participants and other South Africans the team met. Many Coloured people of the Cederberg who participated in the study didn’t know who their ancestors were, whether they were a mix of Black and White South Africans, came from some other place, or as they would say: “or what?” Participants and community members voiced their goals for the study— to dust off their history, to bring validity to a truth buried under generations of apartheid and colonial treatment that demeaned KhoeSan peoples as primordial, and implicitly justified land seizures and indentured servitude. As the DNA research results become available, my team and I will return to the Cederberg to present them to the community.

From the Field
Leakey Foundation grantee Shannon Mc Farlin sends an update from the Bwindi Impenetrable National Park in Uganda where she has been cataloging the skeletal remains of mountain gorillas.
« From the Field: Frido Welker, Copenhagen
From the Field: Stephanie Musgrave, Goualougo Triangle, Republic of the Congo »
« BACK TO BLOG