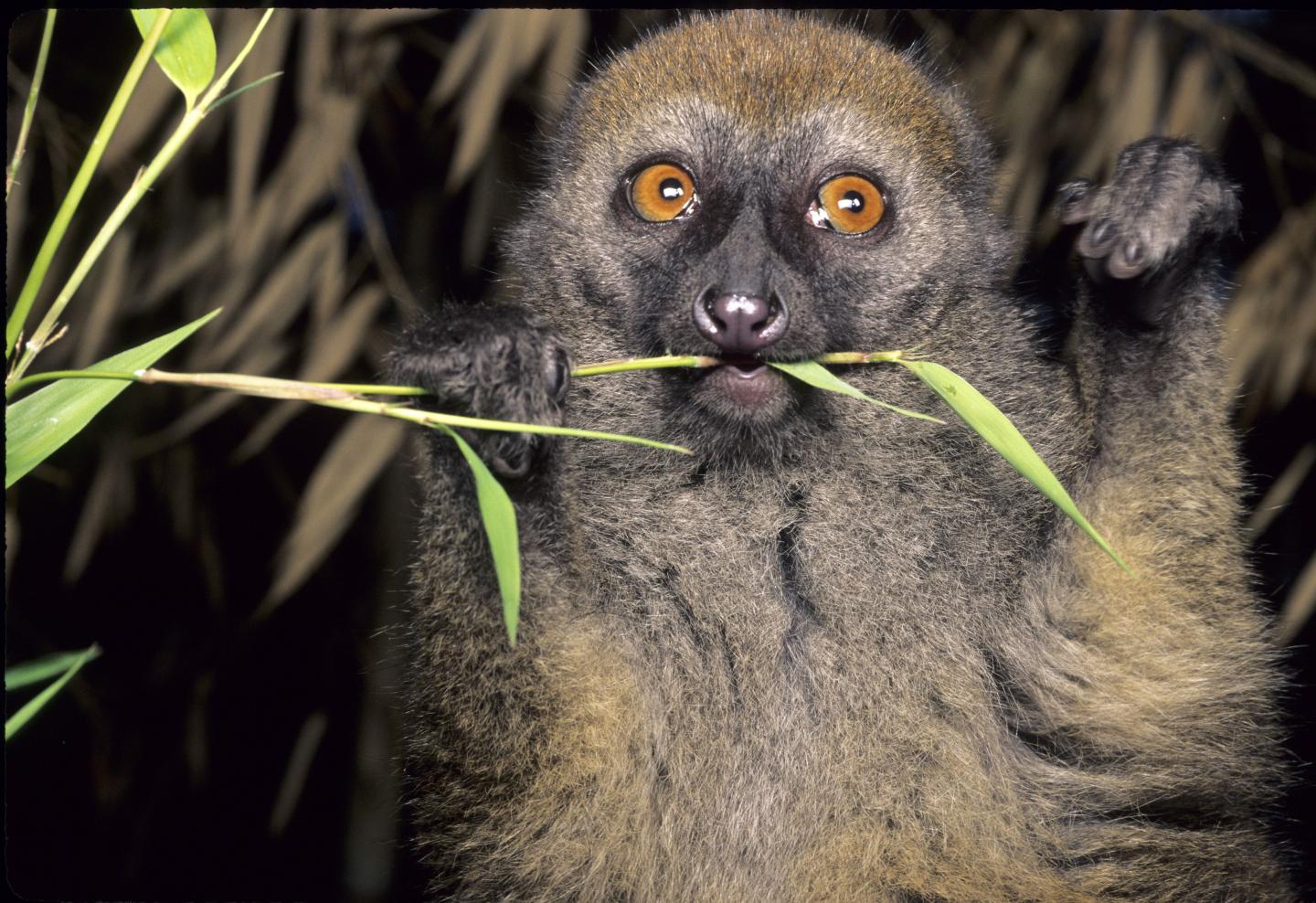 Putting a figure on the number of endangered lemurs left in the wild isn’t easy, but researchers say one clue might help: the plants they rely on for food. Photo by David Haring, Duke Lemur Center

The vast majority of lemur species are on the edge of extinction, experts warn. But not every lemur species faces a grim future. A study funded in part by The Leakey Foundation has shown that there may be as many as 1.3 million white-fronted brown lemurs still in the wild, and mouse lemurs may number more than 2 million.

“For some lemurs, there may be healthy populations remaining and our conservation efforts are preserving them,” said lead author James Herrera of Duke University.

The findings come from statistical modeling techniques that estimate the total population sizes and geographic ranges for 19 of the roughly 100 recognized lemur species across Madagascar by using the plants they rely on for food as a proxy for counting animals.

These tree-dwelling primates eat mostly fruits, leaves and flowers, such as African star apples, mangosteens, tamarinds and figs across Madagascar, the only place in the world where lemurs live in the wild.

In a study published August 30 in the Journal of Biogeography, researchers show that lemurs are less abundant in areas that lack certain tree species — even when environmental conditions such as temperature, precipitation and elevation are otherwise suitable.

Using this relationship, the team was able to come up with the first estimates of total population size for some lesser-known species, such as Crossley’s dwarf lemur. These estimates can be critical baseline data for managing what’s left.

About 95 percent of all lemurs are at risk of extinction because of deforestation, hunting and other factors. Since the 1950s, lemurs have lost more than 40 percent of their habitat. Tens of thousands of acres of forests each year are logged, cleared to make way for farms and pastures, or burned and harvested as charcoal.

But getting reliable population numbers for these elusive animals in the remote and rugged terrain where they live isn’t easy. Counting every individual is impossible. One alternative approach, based on statistical modeling, uses the correlation between species densities at a subset of sites and environmental conditions at those locations to infer how many individuals are present over larger areas. 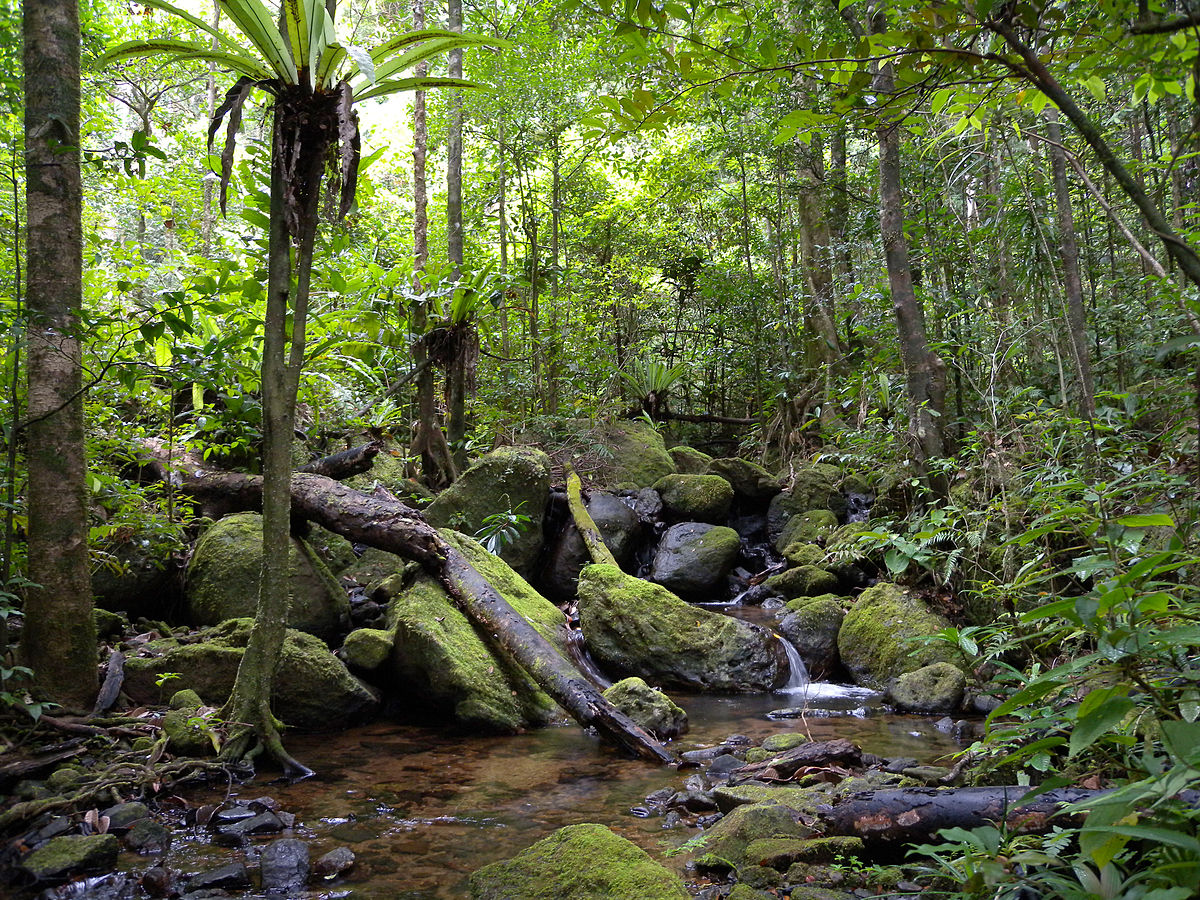 Between 2011 and 2016, teams of researchers walked across Ranomafana National Park, Makira Natural Park and Masoala National Park in Madagascar, searching for lemurs.

“We would wake up at 4:30 or 5:00 in the morning, hike for six to eight hours to look for lemurs, and then go back out at night with our headlamps on to search,” said Herrera, a postdoctoral associate in Duke professor Charlie Nunn’s lab.

“A lot of these species are small nocturnal animals that are only active at night,” so researchers rarely see them, Herrera said. “You can walk for hours and not see a single lemur.”

Overall, they compiled data from more than 2,000 lemur sightings, as well as more than 3,000 sightings of the trees they eat.

Using these records, along with climate data from each location, the researchers identified other suitable areas for each of 14 lemur food trees across the 225,000-square mile island.

Then they used the resulting tree maps, along with temperature, rainfall, elevation and other data, to estimate the potential population size of each lemur species across its range.

Several species had populations that were smaller than anticipated.

The researchers estimated there were still 15,000 to 20,000 red-fronted brown lemurs in Madagascar in 2014. That’s down as much as 85 percent from the approximately 100,000 estimated in 2000, by a separate study based on lemur surveys and satellite images of the remaining rainforests. 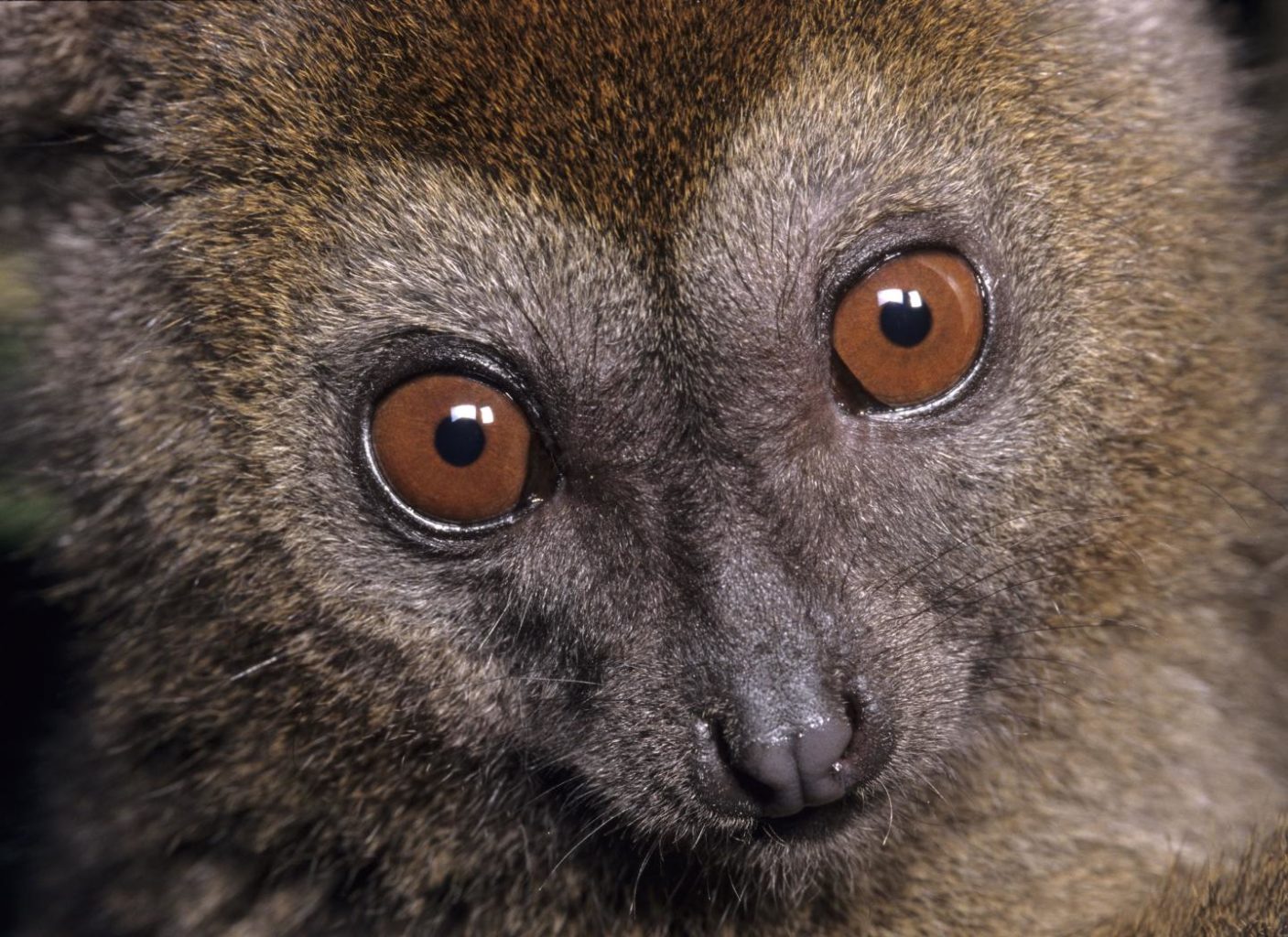 Bamboo lemur populations may have shrunk by half over the last two decades, a study has shown. Photo by David Haring, Duke Lemur Center

The steep declines are partly due to continued habitat loss, the researchers say. Madagascar lost more than 380 square miles of forest per year between 2010 and 2014.

But numbers for other lemur species weren’t as low as they feared.

What’s more, the study found that 16 of the 19 species had potential population sizes greater than 10,000 individuals, the threshold considered by the IUCN to be at risk of extinction.

“It was actually pretty good news for some of these species,” Herrera said.

Many of these species may still be at risk because of bushmeat hunting or the pet trade, which their models don’t account for, the researchers say.

But they hope their approach, in combination with measures of hunting pressure and other threats, will lead to more refined estimates of species’ vulnerability to extinction in the future, for lemurs or other animals.

Journal Article
Strong social ties are a key driver of cooperation in many species and are associated with adaptive benefits in several of them, including humans, feral horses and dolphins. Although such bonds are widely observed, it is not always known why any two particular animals become friends (just as in humans).
« Mother’s Milk Holds Key to Unlocking an Evolutionary Mystery From the Last Ice Age
Guenon Monkeys Cross Species Boundary »
« BACK TO BLOG