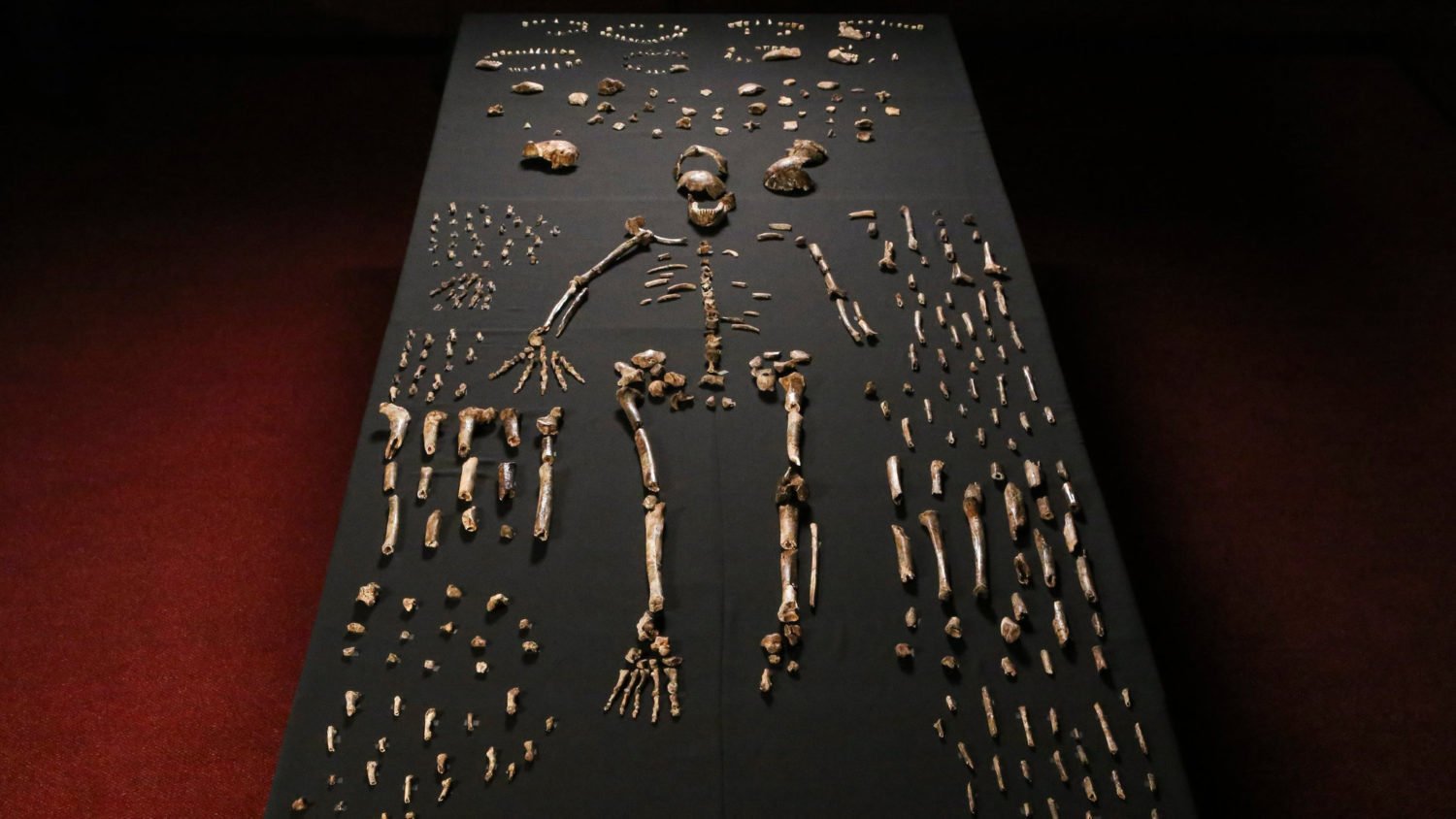 Dinaledi skeletal specimens. This view is foreshortened; the table upon which the bones are arranged is 120-cm wide for scale. Photo By Lee Berger research team – CC BY 4.0

It’s not every day you see a Facebook post that changes your life, but that’s exactly what happened to Leakey Foundation grantee Alia Gurtov. Gurtov was checking her Facebook feed one morning and saw a post from paleoanthropologist Lee Berger. He was looking for archaeologists who were “…skinny and preferably small. They must not be claustrophobic, they must be fit, they should have some caving experience, climbing experience would be a bonus. They must be willing to work in cramped quarters, have a good attitude and be a team player.” Gurtov had never seen a job description that fit her more perfectly.

A few weeks later she was in South Africa inside a cave chamber strewn with ancient bones. The fossils she helped recover there have changed the story of human evolution and added a strange new relative to our family tree.

In this episode of Origin Stories, Leakey Foundation grantees Alia Gurtov and Will Harcourt-Smith tell the story of the Rising Star Expedition and the discovery of Homo naledi.

“Homo naledi, a new species of the genus Homo from the Dinaledi Chamber, South Africa.” eLife

“The Foot of Homo naledi.” Nature.

“This Face Changes the Human Story. But, How?” National Geographic.

“The Dawn of Humanity.” NOVA/National Geographic. 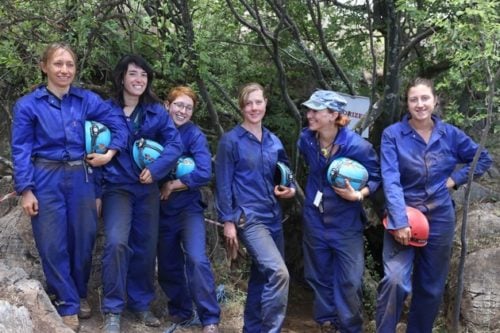 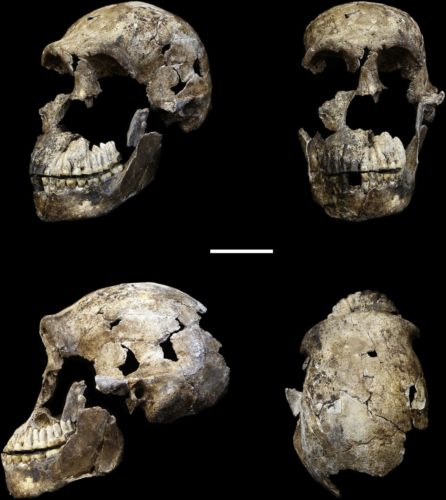 LES1 cranium from Homo naledi. Clockwise from upper left: three-quarter, frontal, superior and left lateral views. Fragments of the right temporal, the parietal and the occipital have also been recovered (not pictured), but without conjoins to the reconstructed vault or face. Scale bar = 5 cm. Photo: CC-BY-SA 4.0 By John Hawks, Marina Elliott, Peter Schmid et al. 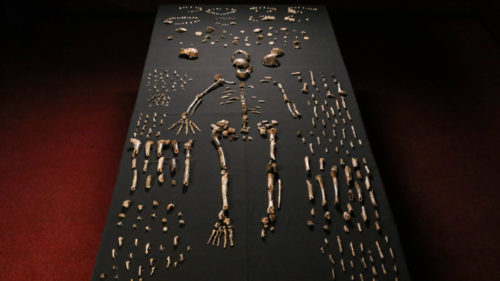 Dinaledi skeletal specimens. The figure includes approximately all of the material incorporated in this diagnosis, including the holotype specimen, paratypes and referred material. Photo By Lee Berger research team – CC BY 4.0 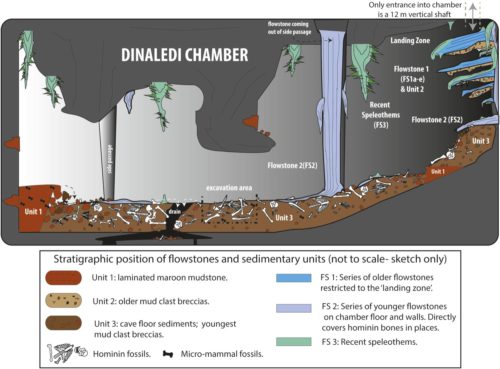 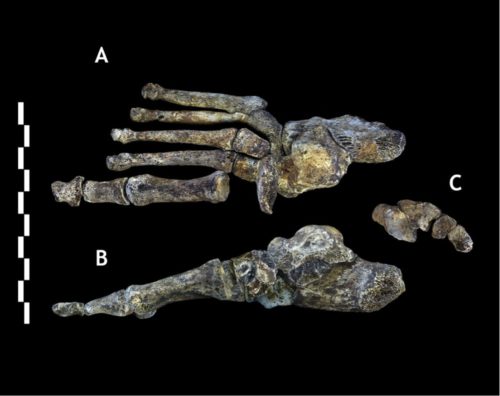 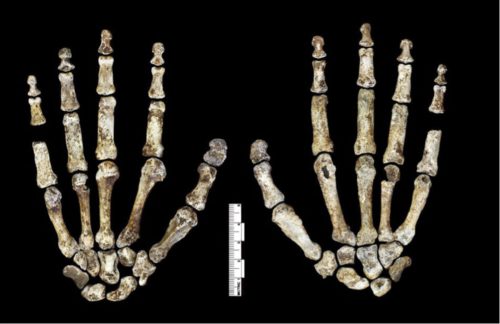