For a long time, scientists have been searching for the first Homo sapiens in the Great Rift Valley of Ethiopia. The story we’ve been telling about the origin of our species has gone something like this: Around 200,000 years ago in East Africa, the first Homo sapiens emerged, splitting off from an ancestral species, possibly Homo erectus. We had big brains and a knack for tool making. We spread out across the world from there. We adapted, and we alone survived.

Leakey Foundation grantees Jean-Jacques Hublin and Shara Bailey tell the story of a scientific discovery which has challenged the prevailing narrative and pushed the date of the origin of our species back by 100,000 years.

You can hear more about Shara Bailey’s work in Episode 16 of Origin Stories. 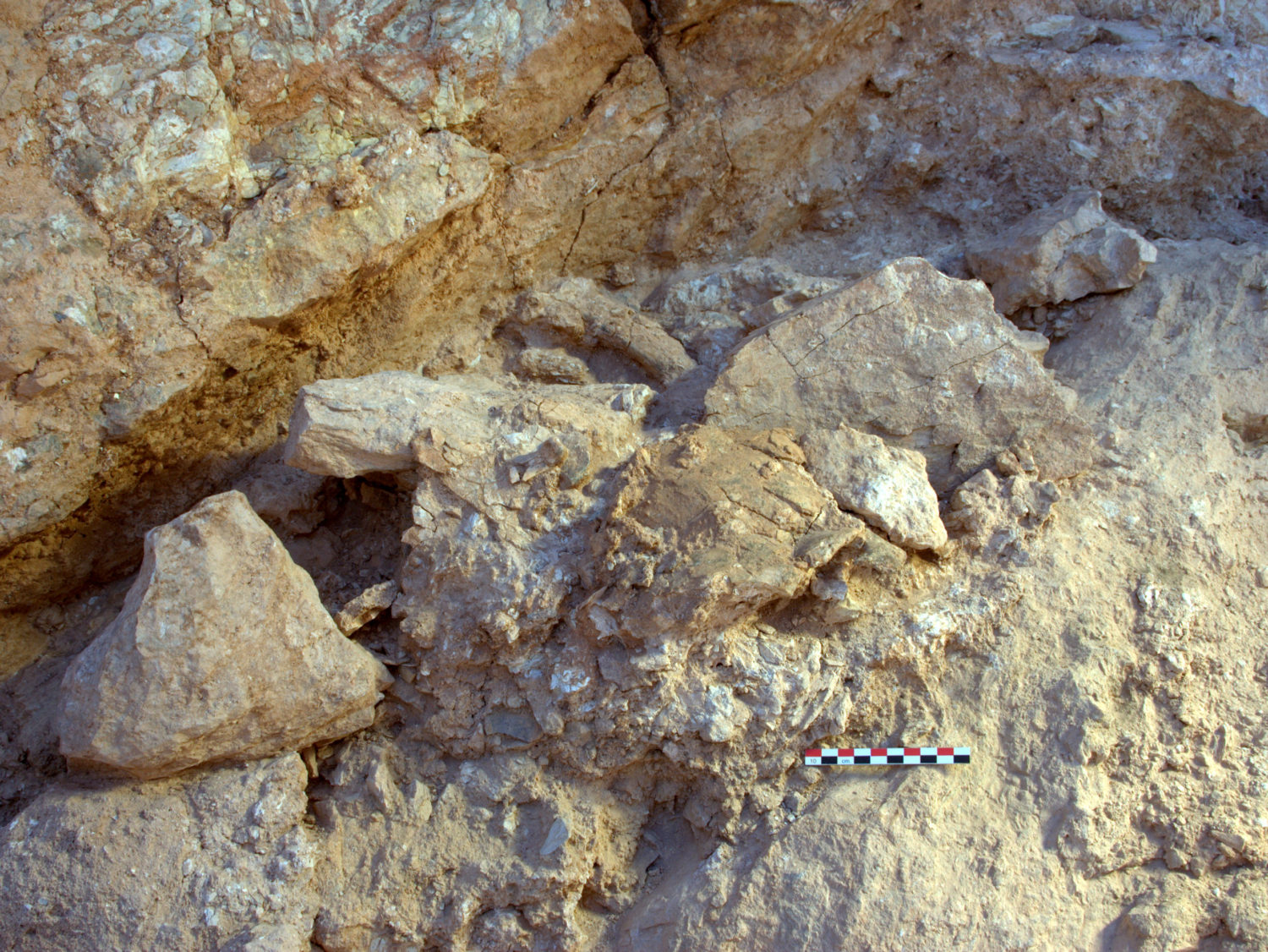 Two of the new Jebel Irhoud (Morocco) fossils in situ as they were discovered during excavation. In the center of the image, in a slightly more yellow brown tone, is the crushed top of a human skull (Irhoud 10) and visible just above this is a partial femur (Irhoud 13) resting against the back wall. Not visible behind the pointed rock (between the femur and the skull) is the mandible (Irhoud 11). The scale is in centimeters (Picture credit: Steffen Schatz, MPI EVA Leipzig, License: CC-BY-SA 2.0).

View looking south of the Jebel Irhoud (Morocco) site. The remaining deposits and several people excavating them are visible in the center. At the time the site was occupied by early hominins, it would have been a cave, but the covering rock and much sediment were removed by work at the site in the 1960s (Picture credit: Shannon McPherron, MPI EVA Leipzig, License: CC-BY-SA 2.0). 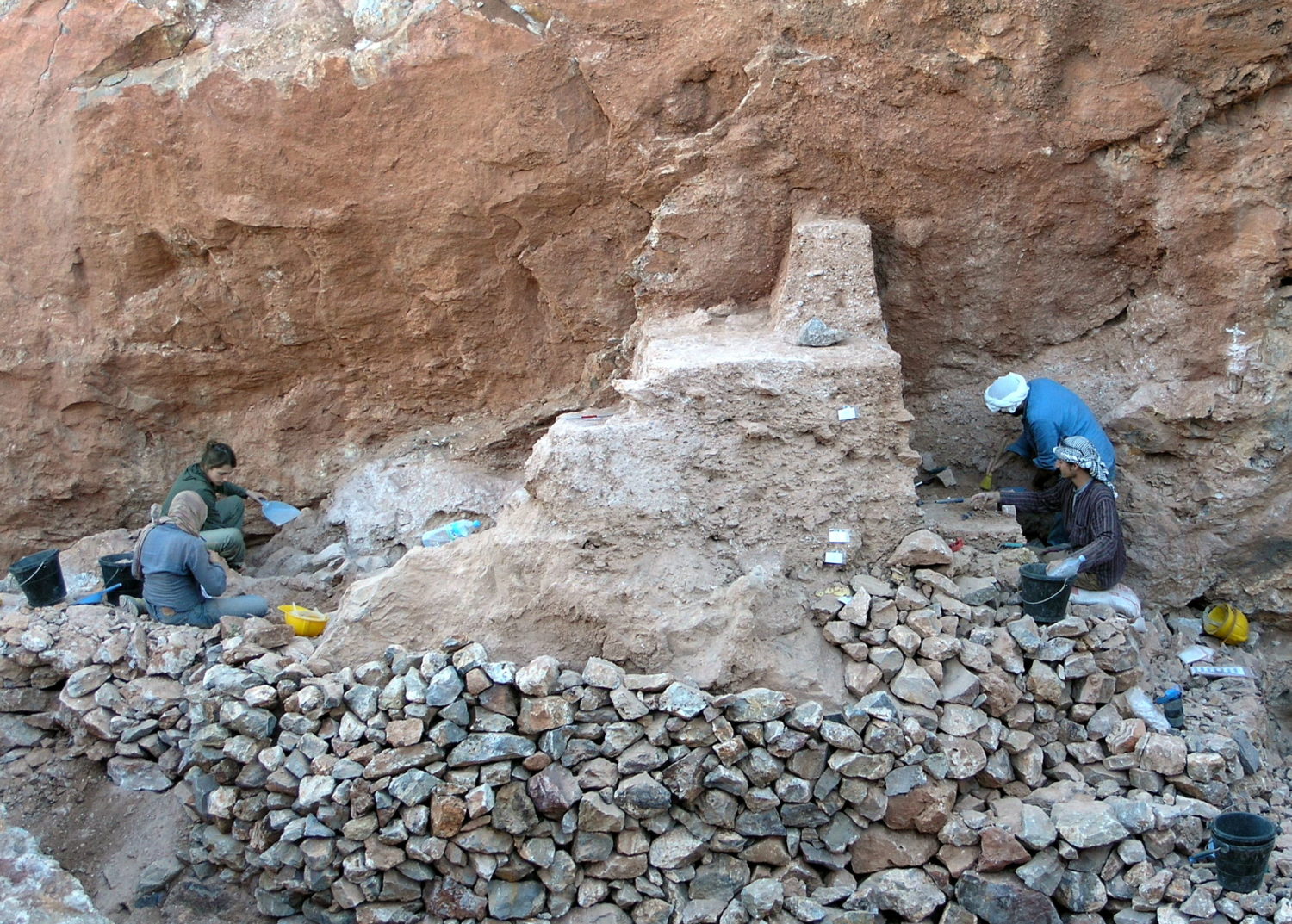 Excavators working on the remaining deposits at Jebel Irhoud (Morocco). The new fossils were found in the sediments in front of where the two excavators on the left are working (Picture credit Shannon McPherron, MPI EVA Leipzig, License: CC-BY-SA 2.0). 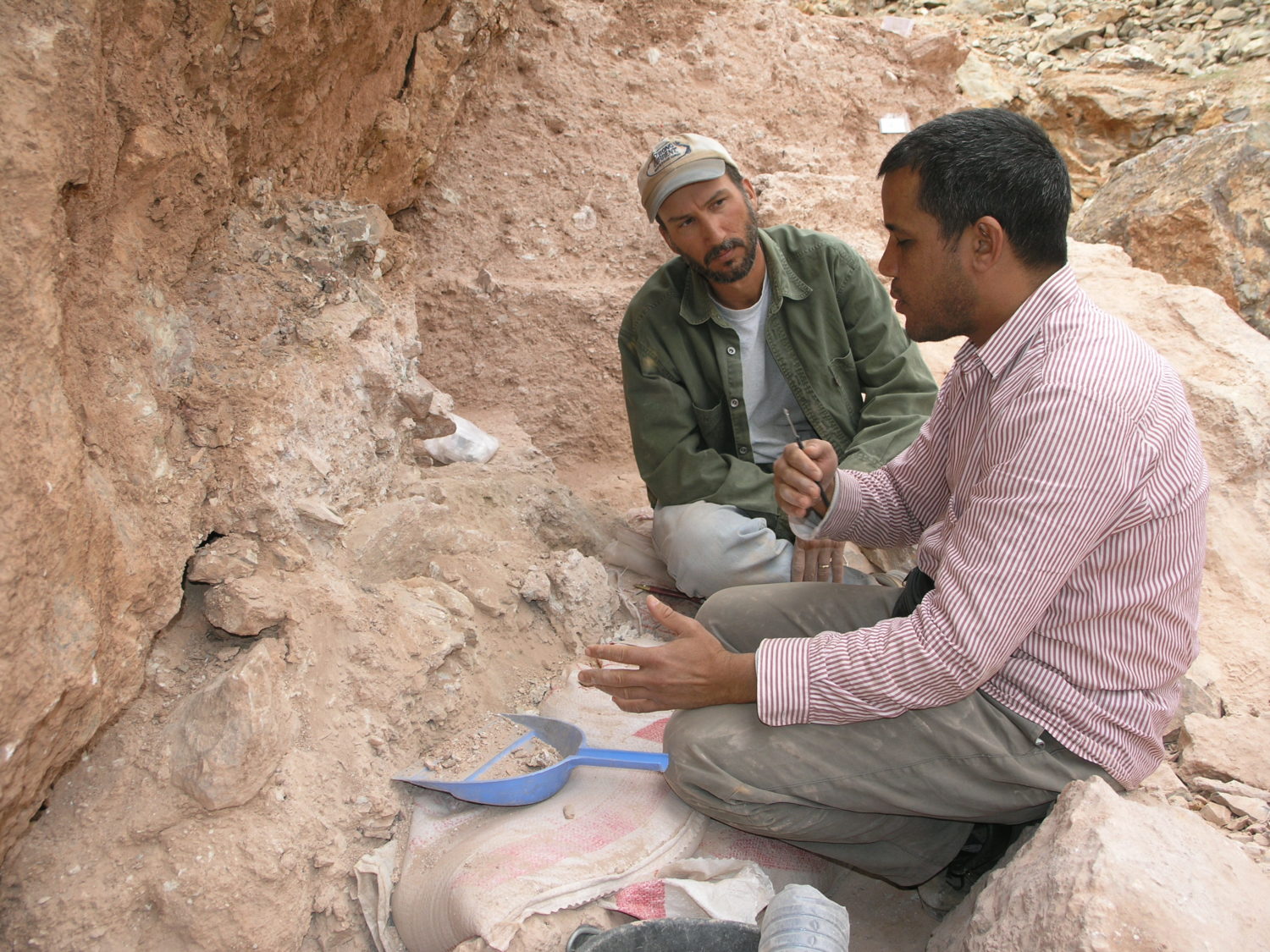 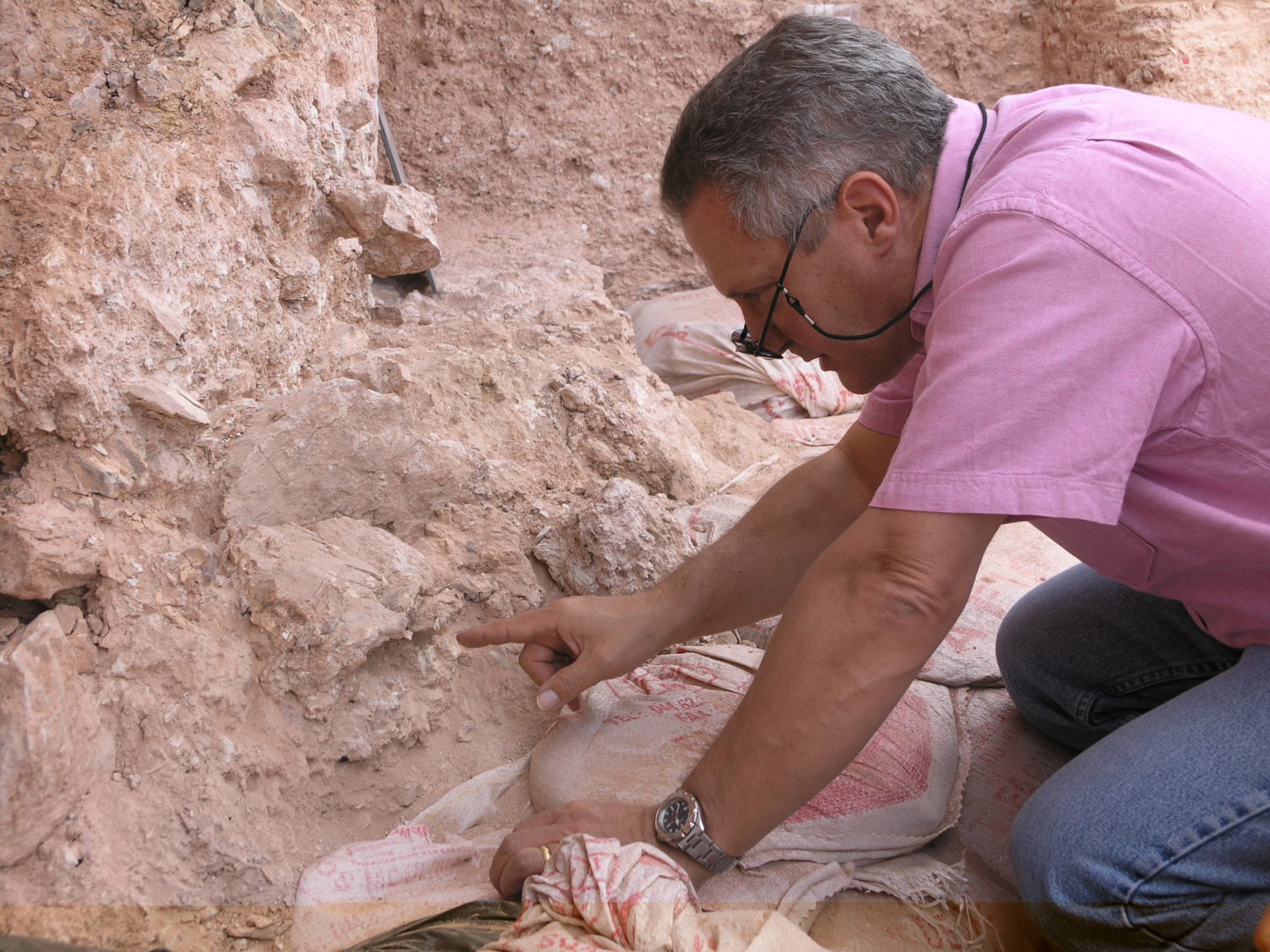 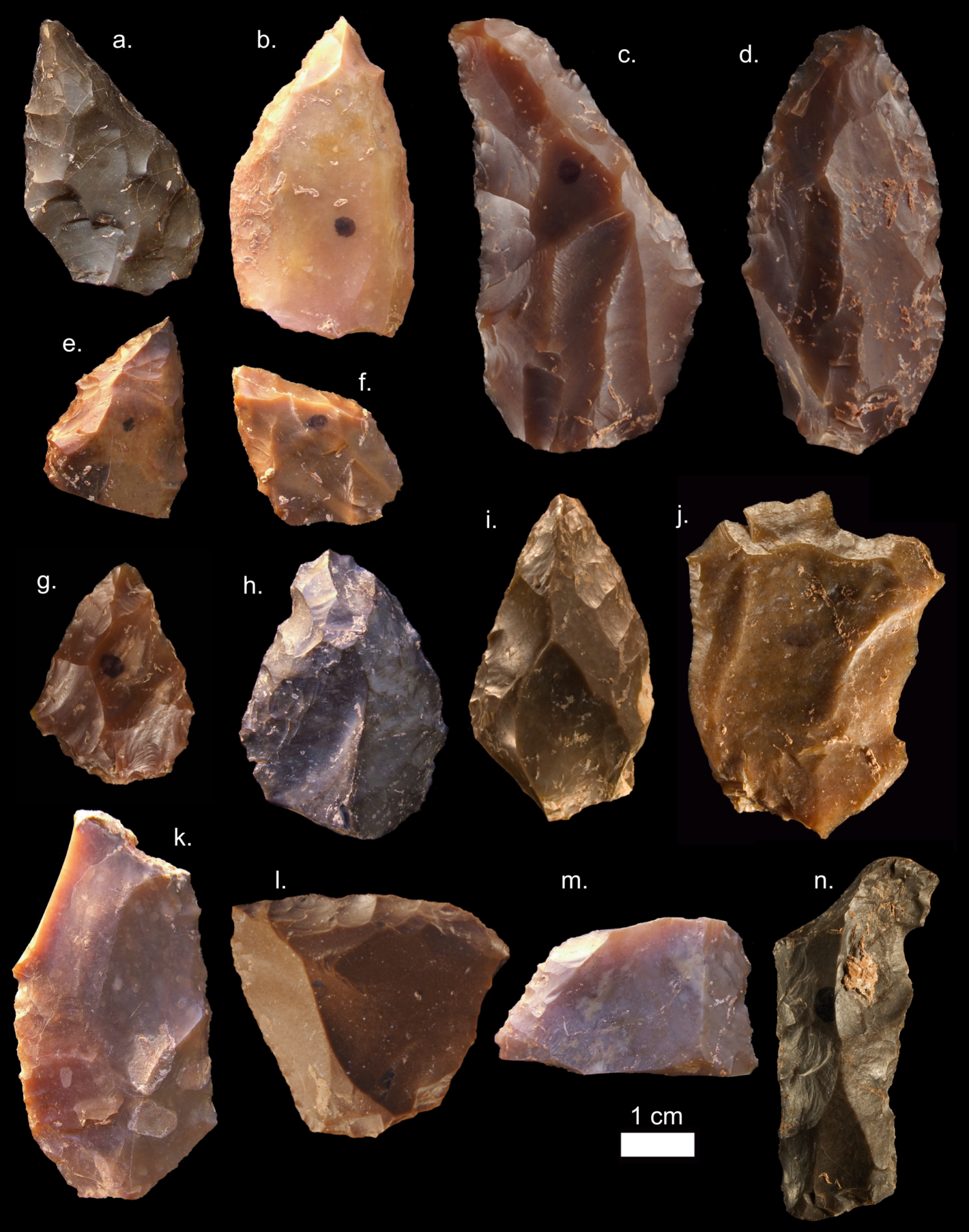 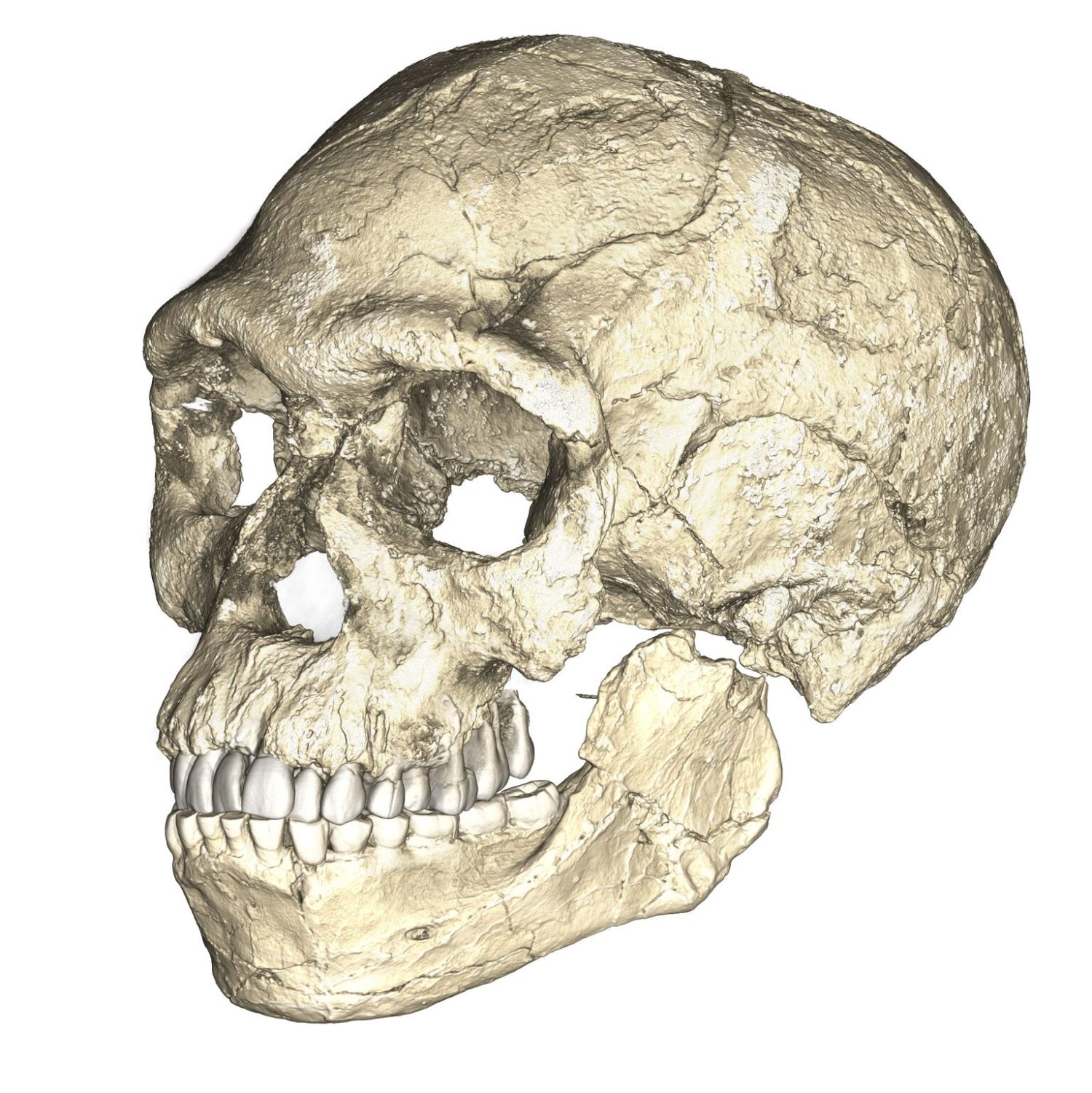 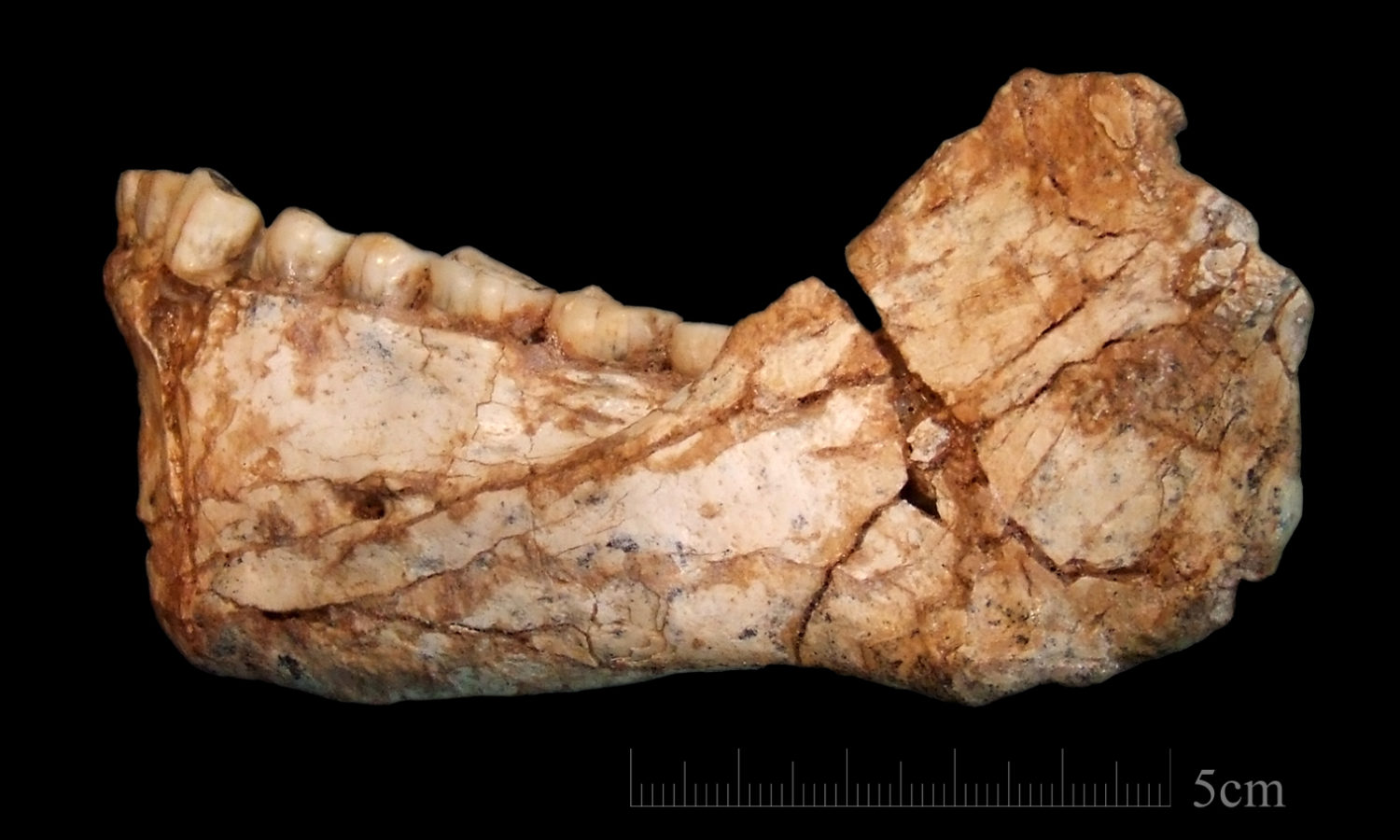 The mandible Irhoud 11 is the first, almost complete adult mandible discovered at the site of Jebel Irhoud. It is very robust and reminiscent of the smaller Tabun C2 mandible discovered in Israel in a much younger deposit. The bone morphology and the dentition display a mosaic of archaic and evolved features, clearly assigning it to the root of our own lineage (Picture credit: Jean-Jacques Hublin, MPI EVA Leipzig).